‘Abducted’ teenager has been found safe and well in Co Sligo 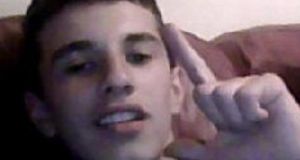 Gardaí have issued a child rescue alert in their search for Sait Canbullu (15) who was abducted in Wexford town earlier today.

Missing teenager Sait Canbullu (15), has been found safe and well in Ballymote, Co Sligo this afternoon.

Gardaí had earlier stood down the child rescue alert they issued yesterday after the reported abduction the teen in Wexford town.

However, gardaí had said today they no longer believe he was abducted and the case is now being treated as a missing person inquiry.

“From our extensive enquiries we are now satisfied that Sait was not abducted,” a Garda statement said.

Gardaí initially reported that the boy was approached by two men wearing balaclavas or ski masks at the junction of High Street and Rowe Street at about 1.10pm.

A black saloon car with tinted windows was seen taking Sait from the scene. It is understood the car drove in the direction of Wexford Quays.

However, gardaí said today they believe he got into the car, but was not abducted.

Gardaí thanks the public for the help in the incident.

The CRI alert system is used if a child is detained without lawful authority or reasonable excuse.

It is only used if there is a suspicion of abduction and a reasonable belief that there is an immediate and serious risk to the health or welfare of a child.