No increase in property tax for Dublin city residents 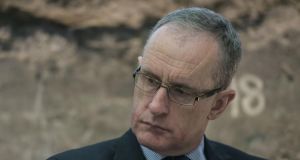 Despite a recommendation by council chief executive Owen Keegan (pictured) that the full local property tax charge be levied on homeowners, councillors voted by 47 to 12 to cut the rate by 15 per cent. Photograph: Brenda Fitzsimons / The Irish Times.

Dublin homeowners will see no increase in Local Property Tax next year after Dublin City councillors voted to apply the maximum discount of 15 per cent to the rate charged.

Despite a recommendation by council chief executive Owen Keegan that the full charge be levied on homeowners, councillors voted by 47 to 12 to cut the rate by 15 per cent.

Dublin City Council is the last of the four local authorities to decide what property tax rate to charge. Dún Laoghaire-Rathdown, Fingal, and South Dublin County Council have already voted overwhelmingly to grant the full discount.

Dublin city homeowners collectively pay €65.9 million, more than any other local authority. If the discount were not applied for 2016, the take would have risen to €77.5 million.

Green Party councillor Ciarán Cuffe said the tax was “progressive” because wealthy people “such as Denis O’Brien pay several thousands” in property tax while those in working class areas paid less. The Greens wanted the full charge to be levied, he said. “We have to raise taxes to pay for the quality of services we want.”

Fine Gael’s Pat McCartan said his party supported the full reduction, but talk of abolition was “pandering to populist nonsense”.

Independent Ruairí McGinley said Dubliners were paying higher charges than the rest of the county and granting the full 15 per cent discount was fair.

Sinn Féin’s Cathleen Carney said the charge was a “regressive unfair tax which should be abolished”, as did the People Before Profit group. Fianna Fáil’s Jim O’Callaghan said the tax took no account of ability to pay and was “anti-Dublin”.

Mr Keegan said he needed the money to fund the council’s 2016 budget which would include more than €781 million in expenditure. He wanted to spend the additional money on services including libraries, footpaths and pedestrian crossings, a “dog fouling blitz” and 1916 commemorations. “I consider it timely that the city council should approve a service investment programme, funded through the application of the basic LPT rate.”

The budget strategy also proposes no increase to commercial rates. The full detailed budget will be presented to councillors in November.

What do you think of the 15 per cent property tax discount applied to homeowners by Dublin City Council? Tweet us your view @irishtimes