Hoppy days: the joys of home-brewing

Home brewers can save a considerable amount of money, but people who have been bitten by the bug say passion and pride become the primary motivation over time 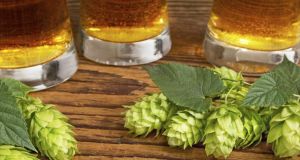 ‘There is an element of how much you can save at the start, but that becomes a small part of it.’ Photograph: Thinkstock 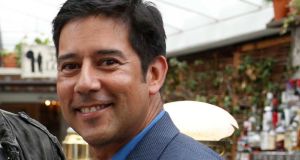 Before there were brewers with their industrial-scale productions and their slick marketing campaigns, there were home brewers.

Some 5,000 years ago, some genius, by accident or design, found that mixing water with fermented barley, hops and yeast produced a drink that was pleasant to drink and did funny things to a person if consumed in large quantities.

Brewing is perhaps the world’s second- oldest profession, but the DIY options can save you money, particularly now that we live in a world where big retailers are selling booze at heavily discounted prices in order to lure us through their doors.

Before he became a professional brewer, Keith Villa was a home brewer. Growing up in California, his parents wanted him to become a doctor, and he did, but not in the way his parents had hoped. He obtained a PhD in brewing from a university in Belgium – a country that more than any other takes its brewing seriously.

He joined Coors in Denver in the early 1990s, and the company asked him to set up a microbrewery. Following on from that, he created Blue Moon, the Belgian white beer that is one of the most successful craft brews in the world.

Villa was in Dublin recently to talk to an audience of home brewers, who were eager to hear from a man who is given free rein and a large budget to come up with his own beers. At the tasting he produced a 9 per cent cherry wheat beer, a beer infused with juniper berries and one infused with lemongrass and basil. They sounded implausible but were all very drinkable.

He describes himself as a master brewer and his fellow Blue Moon employees as “like Charlie and the Chocolate Factory with the Oompa-Loompas”.

What is his advice to would-be Irish home brewers? “Learn what styles of beer there are: there are more than 80. Get familiar with all those different styles and start with a pre-made kit to brew that beer,” he says.

A brewer’s kit usually consists of a can of malt extract, hops and yeast. “Once you do your first batch, you see what magic occurs when you make beer. It is the magic of the yeast and the fermentation and the cooking that goes together to make the beer.”

He also strongly advises that cleanliness is next to godliness when it comes to brewing beer. Sterilise everything you use, he warns, because wild yeast that is not properly cleaned can turn a good batch of beer bad very quickly

“All kinds of strange flavours can enter the beer if you are not scrupulously clean,” he says. Above all, you have to be passionate about what you are doing. “The minute you lose the passion, it is time to give up.”

Home brewers have a reputation of being rather solitary types with beards and custom-made beer mugs who could spend hours debating the respective merits of different rare yeasts.

The dozen or so home brewers who turn up to listen to Keith Villa conform to one stereotype: they were all male.

They pepper him with questions, most relating to the technicalities of brewing. “Does hot-side aeration lead to bad beers?” is one question. There is a widespread dissatisfaction in the group with the taste of established products in Ireland.

Nobody cites cost as the primary factor in becoming home brewers, although brewing your own is radically cheaper than any alternative, whether it be the pub or the off-licence.

One man cites the satisfaction of getting friends and family to try and like their beer as the most satisfying part of the process. Another pithily says the whole point of hobbies is to spend money, not save it.

According to Rossa O’Neill, the president of the National Homebrew Club of Ireland, a basic home-brewing kit costs just €40, and you need nothing other than a bucket, a siphon and bottles for the finished product. A step up involves buying a boiler to boil hops, which costs about €70.

A step up from that again is to buy a mash tun and brew from scratch. That set-up costs about €150. The cost of a pint ranges from 15 cent to 50 cent, depending on how much of it you intend to do yourself.

“I think there is an element of how much you can save at the start, but that becomes a small part of it,” says Villa. “It develops into something more than that when you realise that it is a real craft and a real hobby.”

Home-brewing is on the rise. The National Homebrew Club of Ireland has 300 paid-up members and 800 registered on the forum. The club organises competitions and tastings, which further kindle the enthusiasm of those involved to be the best home brewers they can be.

Brian Dempsey took up home-brewing as a young man, before drifting away from it when he had a family. He returned to it five years ago.

When he first took it up, the choices available to beer drinkers here were very limited. The two beer giants in Ireland, Diageo and Heineken, decided what drinkers should and should not drink. The recent success of the craft beer sector in Ireland has changed all that.

Dempsey says that saving money is not the reason anybody would take up home-brewing. “It is a bit of a misnomer. If your only reason for going into it is to save money, then you’re not really interested in what you should be interested in – which is the production of beer.”

Although the figure of 15-50 cent per pint is correct, he says, it does not account for the fact that a home brewer cannot typically drink all that he produces. In the end, home-brewing is a hobby.

A good home brewer can produce a beer as good as a craft beer, says O’Neill. “It is comparable to what you buy in shops, but you won’t get that starting off. The great thing is that you can make things that you can’t buy in shops.

“The idea is to make something from scratch that you can share with your friends and family, and you’ll be very popular at the end of it. You can’t buy the satisfaction of that.”