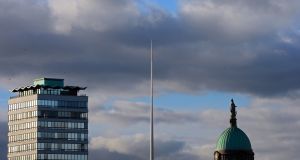 Ireland’s ‘stable political environment’ is quoted as one of the principal reasons for its relatively high ranking among 230 other destinations.

Dublin has been ranked 33rd on a list measuring quality of living in cities throughout the world.

As Ireland prepares to take to the polls, the country’s “stable political environment” has been quoted as one of the principal reasons for its relatively high ranking among 230 other destinations.

The Mercer’s 18th Annual Quality of Living survey is designed primarily to enable multinational companies and employers to “compensate employees fairly when placing them on international assignments”.

According to its data, those dispatched abroad would do well to find themselves in Vienna, which tops the list for the seventh year in a row.

Unsurprisingly, Baghdad in Iraq fell in last place, not far ahead of Bangui in the Central African Republic; Sana’a in Yemen, Port Au Prince in Haiti and Khartoum in Sudan.

Noel O’Connor of Mercer Ireland said Dublin’s placement was in part down to “a stable political environment, lower levels of air pollution and a strong socio-cultural environment”.

“The results demonstrate that Dublin remains an attractive location for international businesses to send their employees.”

In other areas, Luxembourg tops the poll in terms of personal safety, followed by Bern (Switzerland), Helsinki (Finland) and Zurich (Switzerland).

The least safe destinations are Baghdad and Damascus.