Travel Desk: the world's unfriendliest cities and an app that helps you pack 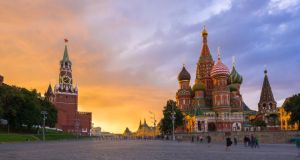 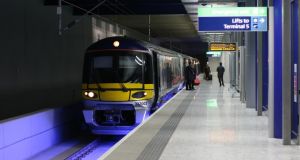 Moscow is the world’s unfriendliest city, according to a poll by Travel + Leisure. Readers were asked to rank 266 cities on selected criteria, including access to culture and friendliness, and the Russian capital was deemed the least welcoming. Russia’s second city, St Petersburg, was third, after Atlantic City. US cities occupied five of the top 10 (Los Angeles, New York, Baltimore and Philadelphia) but this is probably due to the fact that the majority of respondents were Americans who travel domestically – it also might explain the presence of two French cities in the list (Marseille and Cannes). The magazine recently published its poll of the world’s friendliest cities, which was topped by Galway but also included Cork and Dublin in the top 10.

Heathrow express has launched a new pricing structure, with major savings on tickets bought in advance. Singles bought seven days before cost £16.10 (about €22) or £10.75 if bought 30 days ahead of travel.

This is a substantial saving on the £26.50 it costs to buy an Express Saver Single on the train, making it the second-most expensive airport transfer service in Europe (after Stockholm’s Arlanda Airport). The new discounted fares are even cheaper if bought at least 90 days in advance, when you can pick up a single for £6.99 or a return for £11.99 (£9.99/£18 in Business First). The only catch is that the tickets are valid only on the date shown and are non-refundable, so you’ll need to know exactly when you’re travelling.

Sheen Falls Lodge (sheenfallslodge.ie) in Kenmare is hosting an Old World New Wine Weekend on October 16-17. A two-night B&B stay in a classic room and wine tastings costs from €695 for two people. Currarevagh House (currarevagh.com) near Oughterard, Connemara, has a two-night B&B deal for €175 per person that includes afternoon tea and dinner - and is valid until October 25th. And Tankardstown House (tankardstown.ie) in Co Meath has an overnight B&B rate from €110 per person, including afternoon tea.

Procrastinating packers have a new app to help them figure out what to bring on their travels.

AN APP THAT HELPS YOU PACK

The PackPoint app is a bit like a digital valet: after determining some key details (male or female? Business or pleasure? How long for? What do you want to do when you’re there?) it tells you the likely weather for the selected dates and then suggests the appropriate apparel and accessories for your trip. It also remembers your preferences for future trips.

Similar apps available through Google Play and the App Store include Saving Grace, TripList, Luggage and Pack It.

Train World, a new museum for railway enthusiasts, opened yesterday in Brussels at the site of mainland Europe’s first rail track. The exhibits include the country’s oldest preserved steam locomotive, a carriage from the first Orient Express and a train decorated exclusively for the Belgian royals.

There’s also a reconstructed gatekeeper’s house and a host of interactive simulators where visitors can play conductor. The museum is divided between the 1887 Schaerbeek station and a new 8,000sq m building, eight minutes by train from Brussels Central. Tickets cost €10; see trainworld.be. 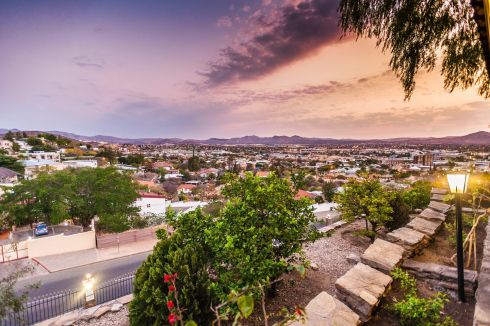 The Finnish capital will host the Baltic Herring Fair, from October 4th-10th, with fishermen bringing salted herring to kauppatori (Market Square) to the sound of music and vendors selling all kinds of traditional wares. It’s been going since 1743, and is a great time to visit Helsinki. Here are five hotels where you can rest your head:

Hotel Fabian (Fabianinkatu 7; hotelfabian.fi; rooms from €200) An elegant boutique hotel with rooms divided into three categories: the standard Comfort rooms (light wood, big bathroom, big bed); the top-floor, loft-like Style; and Lux, which have kitchenettes and are perfect for longer stays. The service is exemplary.

Hotel Haven (Unioninkatu 17;hotelhaven.fi; rooms from €220) Finland’s first member of the Small Luxury Hotels of the World group is close to kauppatori and earns kudos for its well-appointed rooms decorated in light fabrics and high-grade furniture. Some rooms have sea views.

Hotelli Helka (Pohjoinen Rautatiekatu 23; helka.com; room from €140) Artek furnishings and discreet back-lighting set the contemporary mood for this excellent midrange option that is all about Scandi style. The standard Mustikka rooms are tiny; you’re better off going for the premium Mansikka rooms.

Hotel Katajanokka (Merikasarminkatu 1A; bwkatajanokka.fi; rooms from €150) This Best Western hotel is one of the best business options in town. It’s in a converted prison, but the rooms are anything but cell-like, offering plenty of luxury and, should you need them, handcuffs and other prison paraphernalia for sale at reception.

Klaus K (Bulevardi 2; klauskhotel.com; rooms from €180) A design hotel par excellence, with standard rooms in bold oranges and striking greys, inspired by artist Akseli Gallen-Kallela’s interpretation of the Finnish national epic, Kalevala. Top of the house are the superb sky lofts, with a more futuristic look.