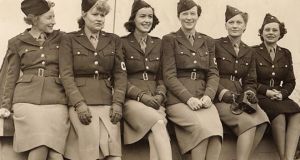 A series of exhibitions and events in London will mark the 75th anniversary of the Blitz, when the German Luftwaffe bombed the city for 57 consecutive nights from September 7th, 1940. London Walks (walks.com; £10) has a Westminster at War guided tour that explores the area around Leicester Square, while the Royal Air Force Museum (rafmuseum.org.uk; £4) allows visitors to sit in a Spitfire and imagine they were in an air battle with the Luftwaffe over London. On October 15th, the Imperial War Museum (iwm.org.uk; £10) will host Lee Miller: A Woman’s War (pictured left), an exhibition exploring the impact of the second World War on British women. Also part of the IWM is the Cabinet War Rooms (King Charles Street; £18), the fortified bunker that served as Churchill’s wartime HQ. Finally, you can attend a Blitz Party (theblitzparty.com; £25); the next one takes place on September 19th in the Village Underground (54 Holywell La, EC2A 3PQ).

Oktoberfest kicks off next Saturday, so unless you’ve booked a room well in advance you may have to settle for a room near the Austrian border. Consider these five for next year’s festivities:

Bayerischer Hof (Promenadeplatz 2-6; bayerischerhof.de; room from €270) This elegant pile has been playing luxurious host since 1841. Beyond the grand, marbled foyer and its stunning atrium are the rooms, decorated in a variety of styles, from minimalist chic to flowery Laura Ashley. It also has five restaurants, a beautiful bar and a rooftop spa.

Creatif Hotel Elephant (Lämmerstrasse 6; creatif-hotel-elephant.com; rooms from €60) This is the best of the midrange options. The hotel is north of the main train station. The rooms are basic but modern and designed in bright colours.

Hotel Laimer Hof (Laimer Strasse 40; laimerhof.de; room from €65) Hoteliers Alexandra and Sebastian Rösch are your hosts at this 23-room boutique hotel that prides itself on friendly, personable service. It’s five minutes from Schloss Nymphenburg, and you can cut the journey in half by using one of the hotel’s free bikes.

Hotel Mandarin Oriental Munich (Neuturmstrasse 1; mandarinoriental.com; rooms from €650) Luminaries from Prince Charles to Bill Clinton have rested their weary heads on the fluffy pillows of this magnificent hotel, a converted neo-Renaissance palace where no luxury is enough . . . but breakfast and wifi are extra.

La Maison (Occamstrasse 24; hotel-la-maison.com; rooms from €120) Shades of purple and dark grey, darkened (and heated) oak floors, black washbasins and furniture with stark, almost minimalist lines . . . This midrange hotel is looking to corner the trendy, designer market – and it does.

Militants with ties to Islamic State have threatened attacks on tourist resorts across the Maldives within 30 days unless the government releases an Islamist judge and repeals antiterrorist legislation. In a video released to YouTube three masked men threatened “to demolish the resorts of the economy that you depend on and start attacks and bombings to sink those resorts”. Most of the Maldives’ infrastructure development is led by tourist revenue, which makes up 28 per cent of the economy. Yet the archipelago of atolls remains a breeding ground for Islamic State, with more than 200 Maldivians having left to pursue jihad in Syria

High-speed in-flight internet could be a global reality by the end of the year. Last week’s successful launch of Inmarsat’s third Global XPress satellite (after failed attempts earlier this year) will allow the company to offer mobile broadband to customers in the most remote regions, which also includes aircraft flying more than 11km above the ocean, meaning passengers will be able to stream movies and update their Facebook pages as though they were at home. Although airlines (including Aer Lingus’s transatlantic flights) already offer wifi, the service is patchy and slow due to the remoteness of existing satellites.

HOTEL PRICES ON THE RISE

Hotel prices in Ireland rose by an average of 15 per cent in the first half of 2015, compared to a 1 per cent global increase. According to the latest Hotel Price Index survey by hotels.com, the average price of a hotel room in Dublin is €128, up 19 per cent from January to June. Limerick rose by 10 per cent, but at an average of €82 per night remains Ireland’s best-value city. The Wild Atlantic Way has played its part too: prices in Sligo (€95), Galway (€110) and Cork (€99) rose by 18 per cent, 10 per cent and 9 per cent, respectively.