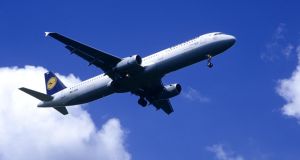 Lufthansa is increasing its flights into and out of Dublin airport 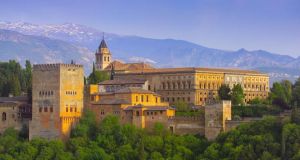 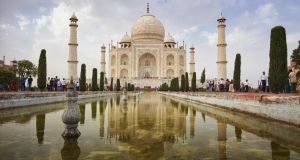 The Taj Mahal is getting a facelift

Lufthansa flying high at Dublin airport
Dublin Airport has welcomed Lufthansa’s announcement that it will continue its Dublin-Munich service throughout the winter. The service will operate three times a week (Wednesday, Friday and Sunday) from November to March and reduce to twice-weekly between December and February (Wednesday and Sunday). Lufthansa had its most successful year ever in Dublin Airport in 2013, carrying just under 370,000 passengers on its Frankfurt and Munich routes, a 7 per cent increase on 2012. If you’re arriving into Munich during the World Cup, all of the matches are being shown on a large screen at the airport. Meanwhile, the Bavarian capital is gearing up for the Munich Opera Festival, which runs for a month from June 21st. Highlights of Germany’s second-largest opera festival after Bayreuth (which runs from late July) include Rossini’s William Tell and Monteverdi’s Orfeo. See bayerische.staatsoper.de.

Citizen M (20 Lavington St, SE1; citizenm.com/london-bankside; rooms from €140) High-tech hotel that is all about tablet technology – which is used to check you in as you sit in the lobby and which you use to operate everything in the room, save the bed.

Hoxton Hotel (81 Great Eastern St, EC2; hoxtonhotels.com; rooms around €75) This sleek hotel in Shoreditch has £1 room offers every three months or so. But even its rack rates are terrific, and what you get is a smallish but comfortable room.

No 10 Manchester Street (10 Manchester St, W1; tenmanchesterstreethotel.com; rooms from €240) A boutique hotel in Marylebone that features a well-stocked humidor.

York & Albany (127-129 Parkway, NW1; gordonramsay.com/yorkandalbany; rooms from €230) A boutique hotel just by Regent’s Park and only a few minutes’ from Camden. Period antiques and rich fabrics give it an air of decadent luxury.

Spot the star
Dog owners are encouraged to bring them to the Lake District as five hotels are offering a two-night break that includes a 20-minute canine photoshoot. The Kings Arms, Queens Hotel and Skiddaw Hotel in Keswick, plus the Lodore Falls Hotel and Borrowdale Hotel in the Borrowdale Valley are offering the deal, which costs from £97.50 (€121) each and runs July 6th-7th; see lakedistricthotels.net.

Spa treatment for the Taj Mahal 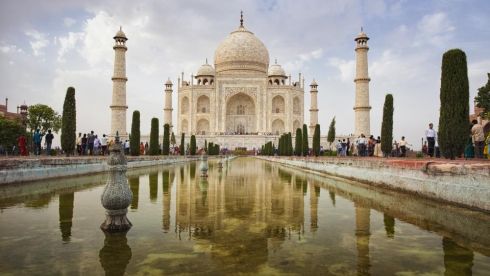 India’s most famous building is to get a mud-pack to help restore its lustre. Nothing quite damages marble like smoke from a nearby oil refinery and the industrial smog that comes from Agra, so archaeologists have been preparing a cleaning treatment based on a traditional recipe used by Indian women to help restore natural glow to their faces. It is the fourth time the Taj Mahal, built by Emperor Shah Jahan in 1653 as a mausoleum for his favourite wife, has been given this treatment in the past 20 years. The Travel Department (traveldepartment.ie) has a 10-night holiday to Delhi, Agra and Jaipur in September (€1,299), by which time the Taj Mahal will have recovered its lustre.

Subwinging it
The newest watersports craze is Subwing, where you are towed behind a speedboat while holding on to a fibreglass “wing” that allows you to perform underwater spins and acrobatics . . . like a human dolphin. The exclusive Peligoni Club on the Greek island of Zakynthos is the first resort to offer free Subwing as part of a package that includes all watersports and sailing facilities (€150). Accommodation ranges from farmhouses and simple studios to luxury villas: a week in a villa costs about €700 per person, not including flights. Falcon Holidays (falconholidays.ie) has charter flights in high season for about €530. See peligoni.com

The best seat in the house
Need help picking the best seat on the plane? The SeatGuru app (free, for iPhone and Android) is the best option if you’re looking for extra legroom, to sit far from the galley or the toilets or avoid picking a seat with the entertainment box bolted to the floor where your legs desperately want to be. Punch in your flight details and the app will give you a full diagnostic of the seating layout. Because it encourages user feedback, you can also find out if your seat doesn’t recline properly or the entertainment unit is wonky.

Beneath Eiffel’s dome
The latest Parisian hotel to get a full revamp is the beautiful Hôtel Vernet, in the heart of the 8th arrondissement about 100 metres from the Champs-Elysées. The main feature of the Haussmann-style hotel is a magnificent stained-glass dome designed by Gustave Eiffel above the V Restaurant (where a three-course meal will cost around €60). The rest of the hotel is no less impressive, even if the standard rooms are on the cozy side (this is Paris, after all). Rooms from €224; hotelvernet-paris.com 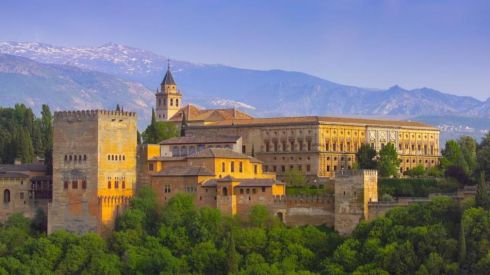