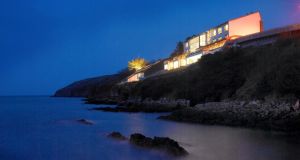 
If you want a little pre-Christmas detox, the Cliff House Hotel (thecliffhousehotel.com) in Ardmore, Co Waterford is running a detox and yoga retreat over the next couple of weekends (November 30th/December 1st and December 7th/8th).

The weekend includes two nights’ B&B, a three-day yoga programme designed and led by instructor Sarah Coleman, two lunches and two dinners and unlimited use of the spa, for €455 per person sharing.

For a fine slice of escapism, the Glenlo Abbey Hotel (glenloabbeyhotel.ie), on the shores of Lough Corrib in Co Galway, has a Connemara Experience package for €269 per person sharing that includes three nights’ B&B plus one dinner in the Pullman Restaurant (made up of two carriages from the original Orient Express), afternoon tea, a round of golf and two admission tickets to Kylemore Abbey.

Finally, if you fancy a break with a touch of the craitur, the four-star Bridge House Hotel (bridgehousehoteltullamore.ie) in Tullamore, Co Offaly has a two-night B&B package for €119 per person sharing.

It includes one evening meal and admission to the Tullamore Dew Visitor Centre, where a guide walks you through the process of whiskey distilling before engaging you in a tasting session. 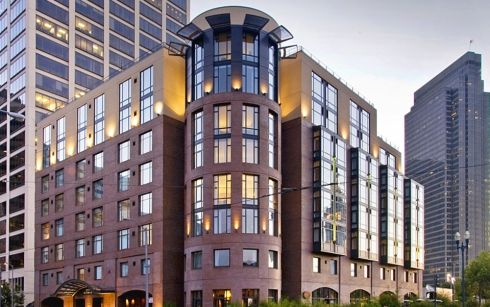 
Hardly a week goes by without some kind of celebration in San Francisco: December 14th is SantaCon, when thousands of pub crawlers fill the city’s bars and pubs, dressed as Santa Claus. So much festivity needs a little R’n’R; here are five hotels that won’t disappoint:

Chateau Tivoli
(1057 Steiner St; chateautivoli.com; room from $180)
Not quite a chateau, this gorgeous Victorian townhouse complete with gabled roofs and domed turrets once hosted Mark Twain and Isadora Duncan, after whom two of the nicest rooms are named. If you’re looking for mod cons like lifts or televisions this isn’t for you; but if you like antiques and 19th-century charm, then you’ll be right at home.
Fairmont San Francisco
(950 Mason St; fairmont.com; room from $300)
A perennial on any list of top hotels in town is the Fairmont, whose marble-columned lobby just drips with grandeur. The standard rooms aren’t quite as opulent, but the great and the good only opt for the suites, which are OTT luxury. If you want a view, get a room in the tower; otherwise, the original 1906 building has all the character.
Hotel Vitale
(8 Mission St; hotelvitale.com; room from $420)
Talk about a room with a view. The best rooms have unparalleled views of the Bay Bridge, as do the rooftop hot tubs. It doesn’t look like much from the outside, but this is a supremely elegant and modern hotel. The spa is considered one of the best in town.
Inn San Francisco
(943 South Van Ness Ave; innsf.com; room from $190)
Period antiques, fluffy pillows and (in some rooms) Jacuzzi baths: the kind of cuddly luxury you’d expect from one of the city’s top-rated B&Bs, housed in a handsome 19th-century Italianate-Victorian mansion. Surrounding it is a nice garden with an outdoor redwood hot tub – where you can soak all night.
Mark Hopkins Intercontinental
(999 California St; intercontinentalmarkhopkins.com; room from $180)
This landmark hotel has been getting it pretty much right since 1926, with excellent service, handsome business-style rooms (against the classic, marble-and-chandelier lobby) and to-kill-for views of the city from its position atop Nob Hill. Michelle Obama is a fan. 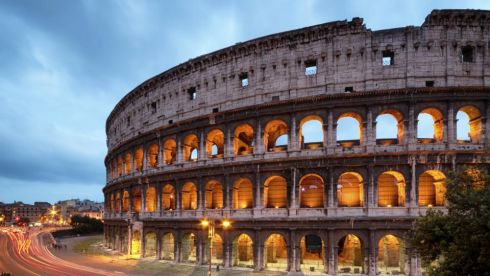 Gladiators may once again be seen in the Colosseum if Roman authorities go ahead with a plan to restore the floor of its most famous arena.
Culture minister Dario Franceschini has endorsed a proposal to rebuild the wooden floor, removed by archaeologists in the 19th century, saying “all that’s needed is a bit of courage”. The amphitheatre, which welcomes six million visitors a year, could then be used to stage cultural events, concerts and reenactments of gladiatorial combat, minus the gory bits and wanton killing of wild animals.
Salvatore Settis, a former head of Italy’s cultural heritage council, warned that with a funding crisis threatening other monuments, the arena’s floor was “not a priority”. The 2000-year-old building is currently undergoing long-delayed repairs funded by Italian billionaire Diego Della Valle, which are expected to be completed by 2016.


A hotel for hedonists

Paris’ most famous nightclub is to reopen as a luxury boutique hotel. For three decades Les Bains Douches – a thermal bath built in 1885 but reconceived as a club by Philippe Starck in 1978 – was the height of glamorous decadence, rivaling New York’s Studio 54 as the preferred dance floor of the rich, famous and wannabes before finally closing in 2010. Its new incarnation will be as a 39-room hotel in the spirit of Los Angeles’ Chateau Marmont, where you can live “24 hours a day, in search of the ultimate lifestyle”.
The opening is scheduled for sometime this winter; see lesbains-paris.com.


Beat on the beach

Croatia’s efforts to be Europe’s premier summer festival destination got a boost with the announcement of a new event, Croatia Rocks, for July 2015. Organised by those behind the long-established Ibiza Rocks festival, this four-day party with DJs and live acts will take place on Zrce Beach on the island of Pag, which already attracts thousands of summer revellers, a booming tourist economy and some bad press – it’s been unfavourably compared to resorts like Magaluf.
Croatia Rocks runs July 20-23; tickets are on sale from next Wednesday at ibizarocks.com. 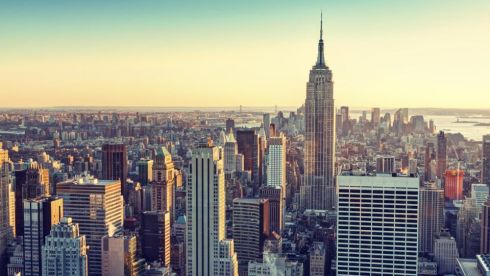