Travel desk: Finding the perfect hotel, Roman palaces to visit, and the next big festival island

All the latest travel news from around the world 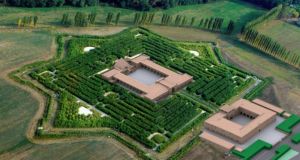 The world’s biggest maze: the 19-acre maze in Italy has taken eight years to build and is made up of 200,000 bamboo plants and three kilometres of inside paths

The world’s biggest maze opened last week in the small Italian town of Fontanellato, just outside Parma. Conceived by Italian art collector and publisher Franco Maria Ricci, the 19-acre maze has taken eight years to build and is made up of 200,000 bamboo plants and three kilometres of inside paths.

It is the result of a promise made by Ricci in 1977 to Argentine writer Jorge Luis Borges, who believed mazes were a reflection of the human condition. Also on site is a museum with more than 500 paintings and sculptures from the 16th to the 20th centuries and a large art history library. 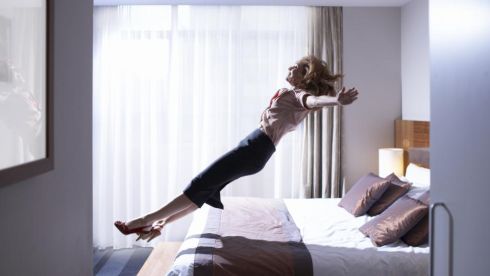 It’s hard to find the perfect hotel, but a couple of websites are making the search a little easier. Hotelmatch.me asks prospective travellers a series of questions to establish their likes and preferences in a variety of categories (date, budget, type of trip) before scanning online reviews of properties for key words to find hotels best suited to your requirements – it’s a bit like popular dating app Tinder.

Nara.me adopts a different model used by the likes of Netflix and Spotify whereby travellers are asked to rate hotels they’ve stayed at to create a profile on which to base future recommendations. If you allow it access to your social media accounts, it will analyse your network’s tastes and adjust its recommendations accordingly.

From June 23rd, Rome’s stunning 1,200-room Palazzo del Quirinale (quirinale.it; admission €10), former summer home to the pope and now presidential palace, will extend its opening hours from only Sunday to daily except Mondays and Thursdays, giving visitors greater access to its treasures, including the beautiful Pauline Chapel. Here are five other magnificent palaces worth visiting.

Palazzo Altemps
(Piazza Sant’Apollinare 44; archeoroma.beniculturali.it; admission €7).
The main branch of the National Museum of Rome, this is a late 15th-century palazzo built on the foundations of an ancient Roman house. It is home to the best pieces of the museum’s extensive collection of ancient art.

Palazzo Barberini
(Via delle Quattro Fontane 13; galleriaborghese.it; admission €8).
Hans Holbein’s portrait of Henry VIII is but one of the star attractions in this sumptuous palace built for the Barberini family to celebrate the coronation of one of their own as Pope Urban VIII in 1623. It is now the National Gallery of Ancient Art.

Palazzo Farnese
(Piazza Farnese; inventerrome.com; admission €5, by guided tour only).
The home of the French Embassy is one of the city’s most beautiful Renaissance palazzi. Michelangelo had a hand in its design, but the frescoes inside, by Annibale Carracci, are considered to be just as good as Michelangelo’s in the Sistine Chapel.

Palazzo di Montecitorio
(Piazza di Montecitorio; camera.it; admission by guided visit on first Sunday of the month).
Take a look inside the baroque palazzo that now houses Italy’s lower house of parliament, the Chamber of Deputies. Built by Bernini in 1653, it was given an art nouveau makeover in 1918 – the Liberty-style skyline in the main debating chamber is a treat.

Villa Farnesina
(Via della Lungara 230; villafarnesina.it; admission €6).
Right in the heart of Trastevere, this beautiful villa built for a 16th century banker is dripping with frescoes, including Raphael. There’s a terrific illusory perspective of 16th-century Rome on the first floor. 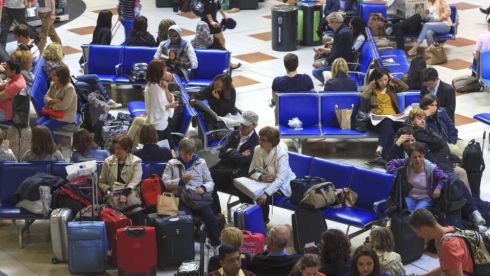 Not so nice delay

If you’re flying out of Nice or Istanbul airports, there’s a 64 per cent chance your flight will be either delayed or cancelled. That’s according to a study by UK travel company flightright.co.uk, which ranked both airports as the worst time-keepers in Europe.

The data was compiled during the summer of 2014 and, unlike other metrics that count a flight as delayed if it leaves more than 15 minutes after its scheduled departure time, Flightright labelled as tardy a flight that left even one second late. The other big offenders were Portuguese, with Porto and Lisbon coming in at 62 per cent and 61 per cent, respectively.

Roger Dow of the US Travel Association has slammed as “unacceptable” that one-in-four of all US flights is either delayed or cancelled and has given support to US airports’ demand that the Passenger Facility Charge be raised from $4.50 to $8.50 per passenger, with the money to be used for a much-needed upgrade of airports across the country. US airlines are resisting the move.

The next big party island

The largely unknown island of Obonjan, near Šibenik on Croatia’s Dalmatian coast, is set to be the next big thing for island-hopping holidaymakers. A team of developers including British music promoter Sound Channel, who already run the Hideout festival in Croatia as well as Lost & Found in Malta, has signed an agreement with local authorities to develop the pristine island with luxurious accommodation, top-end restaurants and, of course, a handful of summer festivals. The first visitors are expected in summer 2016. The island is about 90km north of Split and 280km north of Dubrovnik.

The Heritage (theheritage.com) in Killenard, Co Laois is celebrating its 10th birthday with two packages until the end of June. The one-night Birthday Special starts at €193 per person sharing and includes B&B in a deluxe room, dinner in the Arlington restaurant, a two-hour spa experience and a €10 credit note per person for golf or spa treatments, and late checkout. The two-night version starts at €258. Ballynahinch Castle (ballynahinch-castle.com) in Recess, Connemara is celebrating International Picnic Day next Thursday, June 18th with a B&B package including dinner in the Owenmore restaurant and a picnic hamper, from €195pps. 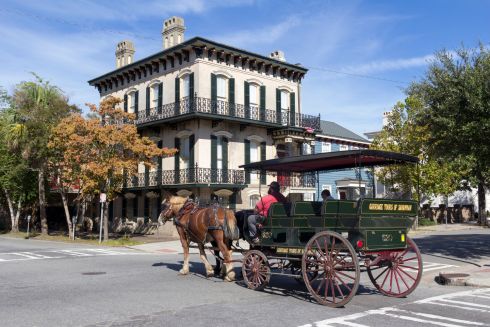 Wormsloe Plantation (7601 Skidaway Rd; gastateparks.org/Wormsloe; admission $10). The 2.5km-drive along the Avenue of the Oaks is blissfully atmospheric.

€1,269: CALIFORNIA: 10-night holiday in a Cruise America C25 motorhome. Flights to San Francisco, two nights in San Francisco and one night in LA. For travel in November; see trailfinders.ie

€1,799: MAURITIUS: Seven nights in a superior room in four-star Zilwa Attitude. Includes flights from Dublin and all transfers. For travel in June; see Grogan Travel (093-24116)