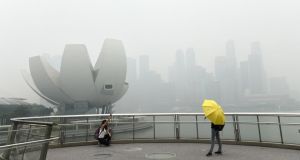 FIVE PLACES TO STAY ON THE AMALFI COAST

It’s your last chance to catch the wonderful morning outdoor concerts by I Suoni degli Dei (Sound of the Gods; isuonideglidei.com) in various spots along the Amalfi coastline, but if you can’t make it before October 14th, there’s always next year. In the meantime, here are five places to book in anticipation (all hotels are closed in winter):

Hotel Cristina (Via Privata Rubinacci 6, Sant’Agnello nr Sorrento; hotelcristinasorrento.it; rooms from €150) Escape the Sorrento crowds at this wonderful hotel high above Sant’Agnello. Big rooms with modern decor, a pool with a view and a free shuttle bus into town: you couldn’t ask for more.

Hotel Santa Caterina (Strada Amalfitana 9, Amalfi; hotelsantacaterina.it; room from €320) This is one of Italy’s most famous hotels, with grand rooms dripping in luxury, a stunning garden, private beach and the kind of views that would entice Mr Ripley.

Hotel Luna Convento (Via Pantaleone Comite 33, Amalfi; lunahotel.it; rooms from €250) A former convent founded by St Francis in 1222, it was converted into a fine hotel nearly 200 years ago. Beautifully positioned on a cliff at the edge of town, the rooms are superb and the old cloister a dream.

Hotel Palazzo Murat (Via dei Mulini 23, Positano; palazzomurat.it; rooms from €190) The former summer home of the kings of Naples is now a luxury hotel. Rooms at the original 18th-century palazzo are bigger and packed with antiques, as are the (smaller) rooms in the new wing.

Punta Civita (Via Civita 4, Ravello; puntacivita.it; rooms from €110) Gorgeous, bougainvillea-clad B&B about a 15-minute walk from Atrani on the road to Ravello. Lovely rooms and breakfast is served on the terrace above the lemon grove, with gorgeous views.

Visitors to Kuala Lumpur, Singapore and other parts of Southeast Asia have been warned the thick blanket of smog covering these areas will likely remain until November. The thick haze is caused by seasonal forest fires made worse by an especially strong El Niño effect. The smog is at its worst in central Borneo and southern Sumatra (where illegal forest-burning is a major problem), but prevailing winds have seen the Pollutants Standard Index top 341 in Singapore and the Malaysian capital. Anything above 300 is considered a health risk; travellers have been advised to take precautions like using face masks when outdoors.

A remarkable new exhibition at the recently opened Geneva Ethnography Museum explores the influences of Japanese Buddhism and art on Europe in the last years of the 19th century. The exhibition is divided into five sections covering the opening of Japan to the world (helped in part by the likes of Irish writer Patrick Lafcadio Hearn), Buddhist Japonism and its influence on Puccini’s Madame Butterfly, and its eventual twilight before being rediscovered in the 1950s. Exhibits include statues, paintings and altars from various collections all over the world. The exhibition runs until January 10th, 2016; see ville-ge.ch.

A series of apps are now available that will help turn fare-casting – the art of predicting the perfect time to book a flight to get the best price – into something approaching an exact science. Hopper.com runs the rule over billions of flights and claims a 95 per cent success rate in locating cheaper flights, saving users as much as 40 per cent. It also allows you to input your date of travel and destination and then sends you updates of when the cost will go up or down. Skypicker.com does something similar but with European low-fares carriers, including scraping fares from airlines that block third-party sales. Another one, Flyr (getflyr.com), allows you to lock fares for a small sum for seven days. It also predicts the optimum day in which to book a flight: 74 days before you travel. All are available for both Android and iPhone.

ALL ABOARD THE POPE’S PRIVATE TRAIN

A new tour launched this month by Rome’s Vatican Museums gives visitors the opportunity to take a ride on the pope’s private train.

You board in Vatican City’s private railway station and take the world’s shortest train journey – 300m – into Rome itself before rumbling southwards for a 25km trp to the papal summer palace at Castel Gandolfo.

The tour costs €40 and includes a tour of the Vatican Museums and gardens, as well as the grounds of the summer palace. See museivaticani.va

Ballynahinch Castle (ballynahinch-castle.com) in Connemara has a three-night all-inclusive Christmas Creative Workshop with florist Anne Marie O’Leary from November 16-18th from €1,600 per person sharing. Hayfield Manor Hotel (hayfieldmanor.ie) in Cork city has a two-night weekend break including dinner and a spa voucher from €224 per person sharing, valid until December 23rd. The Shelbourne (marriott.com) has a overnight B&B deal in a deluxe room including dinner from €299 per person, valid until November 30th.