Rise up and go for the Easter holidays

With the kids on a three-week break this Easter, there areplenty of activities around the country to stave off boredom ... and rebellion 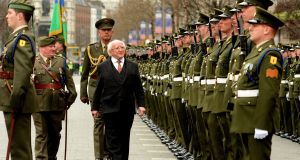 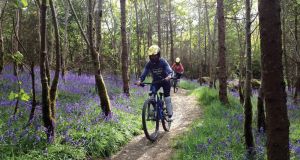 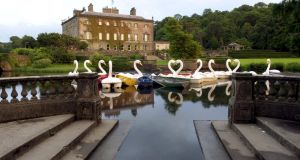 The centenary of the 1916 Rising will be long remembered by this generation of school children, mainly because it coincides with a three week break. Most finish up for the Easter holidays before St Patrick’s Day and don’t go back until April 4th. As such, it’s a genuinely historic event. But what to do..? We’ve lined up 10 great ways to stave off rebellion in your own home this Easter.

Can’t get the kids to go for a walk? Just grab their phone, they’re sure to follow. There’s no better family bonding activity and for teens and, as psychologists will tell you, walking is a great way to get them to talk.

You’ll find walking festivals over the Easter break from Leitrim to Westport, while the Dublin Walking Festival (March 25 - 27th) has everything from full-moon night walks near Enniskerry to historic walks in the Dublin mountains around Massy’s Wood and the infamous Hell Fire Club, sure to capture their imagination. Adult tickets from €12 and kids’ for a fiver (hilltoptreks.ie).

There are eggs aplenty of course, with Westport House in Mayo running its annual Easter Egg Hunt and mascot Pinkie the Rabbit doing the honours. The first 500 kids get an egg and the hunt price is included in your entry ticket - €10 for adults and €6.50 for kids. (westporthouse.ie)

Wells House & Gardens near Gorey, Co. Wexford has loads going on over the break including Easter hunts, puppet show, arts and craft sessions, bug detectives and a Build a Bear workshop - the usual €8 per car entry fee applies and events are an extra €5 - €10 per child (wellshouse.ie).

Clare’s Ailwee Cave has 3000 Cadbury’s Creme Eggs hidden in eight acres of woodland, with a special hunt for the under fives. Entry tickets a fiver (aillweecave.ie). Or make like a bunny and hop aboard the Easter Train at Rathwood in Co. Carlow (rathwood.com). Aimed at under 10s, tickets cost €10 for kids and €6 for adults.

Rise up at the GPO

Get your family to play a part in the Easter 1916 centenary celebrations by heading to the GPO for a reading of the Proclamation of the Irish Republic in the same place Pearse stood in 1916. The event includes a wreath laying ceremony by President Michael D, a march past by members of the Defence Forces, An Garda Síochána and other State Emergency Services, culminating in a fly past by the Air Corps. Admission free (Ireland.ie).

While you’re there, check out Revolution 1916, an exhibition at the Ambassador Theatre just up the street, home to the largest private collection of 1916 artefacts from the Irish Volunteers Commemorative Organisation (revolution1916.ie) tickets €18.

Japanese animation styles have a huge following among Irish teens raised on Pokemon and Powerpuff Girls. Find out who’s who and what it’s all about at Anime Dublin (April 2nd) at the Alexander Hotel.

A festival of all characters bright of colour and big of eye, visitors are encouraged to dress up in their finest costumes and take part in all sorts of quizzes and other fun entertainment including, of course, loads of graphic novels to geek over. Tickets €10, limited to 350 and must be bought in advance online (animedublin.com).

Get away for a night

There’s still time to catch a family friendly Easter break that won’t break the bank (do people still say that?). The Athlone Springs Hotel has overnight getaways in a family room from €109, including full Irish breakfast, kids camp and reduced prices for nearby child friendly venues such as Gleneer Pet Farm and Athlone Leisurewold (athlonespringshotel.com).

The Millrace Hotel in Bunclody, Wexford, has two-night family breaks over the Easter holidays from €299, including interconnecting rooms, breakfast on two mornings and dinner on one evening for two adults, plus family pass to nearby Wells House & Gardens and kids clubs for the under 12s (millracehotel.com).

Make the most of our fantastic forests for a great day out this Easter. Pack a picnic - and some rain gear - and head out into woodlands open to the public everywhere from Ards in Donegal to Castlefreke in Cork, all perfect for roaming and rambling.

There are also three wheelchair friendly orienteering courses, called ‘Wheel-os’ at Portumna, Curraghchase and Lough Key, so everyone can join in the fun. Courses cater for beginners, intermediates and full blown Bear Grylls and are downloadable, for free, from coillteoutdoors.ie.

Get on your bikes

Hit the Great Western Greenway in Mayo, between Newport and Achill, for traffic-free cycling along an old railway line, perfect for kids. Or pick up the pace with a spin along a purpose-built mountain bike trails track at Ballyhoura in Limerick or Derroura in Galway, which offers spectacular views of the Maam Valley, Twelve Pins and Lough Corrib.

Dubs have purpose-built mountain bike trails on their doorstep at Ticknock and Ballinastoe near Roundwood, offering an exhilarating day out with bike rental available on site from €40 (biking.ie).

Head to Fairymount Farm near Roscrea, Co. Tipperary, for Bike Park Ireland, a purpose built course with an ingenious ‘Uplift Service’. Though it sounds vaguely religious, it’s actually ex army trucks that haul you and your bike back the top of the trail, repeatedly.

Be a little more adventurous

Outdoor pursuit centres are a great option for a family break. Delphi Resort in Co. Galway has all sorts of high ropes and zip lines and, at time of writing, is offering 20% off three night family packages, bringing the cost to €314 per person for three nights B&B and one evening meal, including a range of adventure activity options (delphiadventureresort.com).

There are land and water based activities on offer at Avon Ri (avonri.com), in Blessington too, with self catering houses sleeping six available online for some dates over the Easter period from around €150 a night. Adventure activities are extra and must be booked in advance, but, as a guide, you’ll get three goes on the zip line for a tenner.

Get a history lesson

Just because school’s out doesn’t mean they can’t keep learning. For a fun day out with educational appeal head to the Irish National Heritage Park in Ferrycarrig, just outside Wexford Town.

The park takes them back to 9,000 BC and shows them how people lived before 3G, with a replica Viking long ship, a stone-age chipper and demonstrations of how dolmens were made - tickets €25 for a family of five.

Or head to the Bru na Boinne Visitor Centre - Newgrange, as was - in Meath to see the 5000 year old passage tomb, with family tickets from €15.

And don’t leave the region without seeing Oldbridge House nearby, a restored 18th property built on the site of the Battle of the Boyne, with video presentations and a self guided tour, family tickets €10 (battleoftheboyne.ie).

Make for the land of eternal youth

Head to Tír na nÓg, Ireland’s oldest children’s festival, in Tralee, Co. Kerry (25 - 28th March) for a fun programme of events - both indoors and out - including Easter egg hunts, duck races, puppet shows, arts and crafts workshops and teddy bears picnics. Coo over the Bonnie Baby Competition and join in the bug hunts. With many events free and others charging only a nominal fee, it’s a great value option to build a family break around (tralee.ie).

While you’re there, take a guided nature safari tour at Tralee Bay Wetlands - Ireland’s answer to the Everglades. Ok so there are no alligators but you will see both fresh and saltwater habitats and find out about this fragile ecosystem, and the creatures which call it home. Round off all that learning with fun on the climbing wall, pedalo boats and water zorbing. Family tickets €20, activities extra. (traleebaywetlands.org)