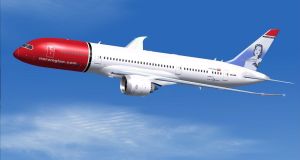 Norwegian, the airline, has launched a global partnership with Expedia Affiliate Network EAN for its travellers giving loyalty points on bookings.

Norwegian has added around 300,000 of EAN’s accommodations to its flight offering.

Norwegian passengers will also have access to discount rates and can use Cash Points to pay for hotels.

At the Irish Travel Industry Trade Show last week in the RDS, Cormac Meehan, president of the Irish Travel Agents Association, said: “The collapse of Lowcostholidays, has put a major drain on the Travellers Protection Fund. We have been calling on the Minister for Transport, Tourism and Sport to meet with us to review the legislation around this issue and work on the next steps to secure the future of this sector.”

Following the collapse of Lowcostholidays last summer, almost 4,200 Irish customers have made claims to the Commission for Aviation Regulation (CAR) amounting to €3.8 million. These claims will be covered by the Travellers’ Protection Fund, which had a balance of €5 million. Lowcostholidays had contributed €79,243 to the fund, estimated at 2 per cent of their turnover. Meehan continued: “The ITAA is working closely with the Association of British Travel Agents (ABTA) and the European Travel Agents’ and Tour Operators Association (ECTAA) on the issues of the EU Package Travel Directive (EPTD) and how the results of the Brexit referendum will affect consumers.”

Is my on-again, off-again relationship worth the heartache?
6

Bloom to Zoom: garden fest is online with chats and tips
10