A misty morning at Newgrange in Co Meath prevented the sun from illuminating the ancient chamber on the Winter Solstice. Several hundred people watched from outside, while 50 people waited inside for sunlight to fill the tomb’s main passageway. 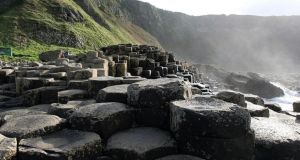 The Giant’s Causeway reaches the dizzy heights of number 95 in the list with more than 128,000 Instagram appearances Photograph: Paul Faith/PA Wire 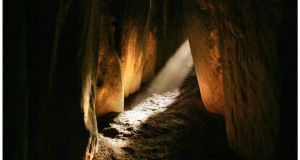 The tombs at Bru na Boinne are a ‘mind-boggling achievement of prehistoric humankind’. 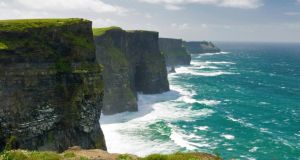 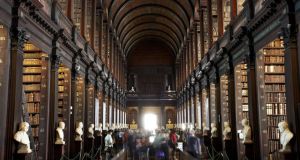 The Book of Kells is just one of the reasons why Trinity College was included on the Lonely Planet list. 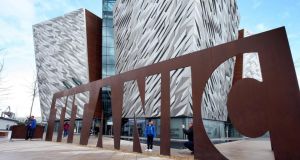 The Titanic Belfast has only been open for three years, but still ranks among Lonely Planet’s top 500 tourist sites in the world. Photograph: Paul Faith/PA Wire 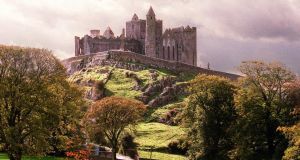 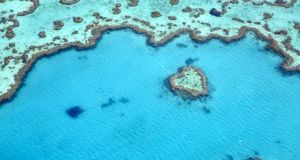 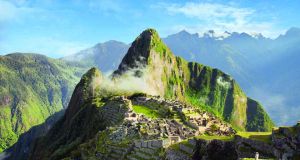 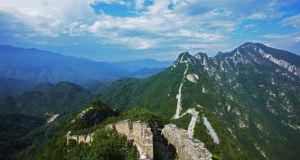 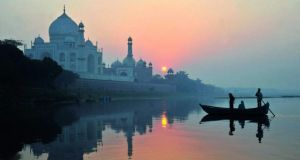 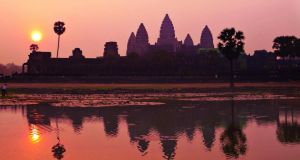 The Temples of Angkor in Cambodia was voted the top must-see tourist site in the world. Photograph: Lonely Planet

Six Irish attractions have made it onto a list of the world’s top 500 must-see sights of all time, compiled by guidebook publisher Lonely Planet.

Described as the “Hindu heaven on earth”, the 1,000 temples, shrines and tombs that form the Temples of Angkor in the Cambodian jungle topped the Lonely Planet list internationally, followed by the Great Barrier Reef in Australia, Machu Picchu in Peru, the Great Wall in China, and the Taj Mahal in India.

The Giant’s Causeway in Co Antrim was the highest ranking attraction in Ireland, voted as the 103rd best place to visit in the world by Lonely Planet staff and writers.

At number 224 on the “ultimate travel list” is the Unesco world heritage site of Bru na Bóinne, the complex of prehistoric tombs including Newgrange, Knowth and Dowth. The “vast Neolithic necropolis of squat rotund tombs set in emerald plains” in Co Meath is “a mind-boggling achievement of prehistoric humankind”, according to the guidebook.

The Cliffs of Moher are placed 378 on the list, “where Co Clare plunges off 214m-high cliffs”. The immense sea swell and craggy offshore islands attract big-wave surfers and puffins alike.

“Northern Ireland’s most popular tourist attraction”, the “multimedia extravaganza” at Titanic Belfast, is the only museum on the island of Ireland to make the list, at number 424. With talking holograms, film footage, computer “fly-throughs” and rides depicting the ship’s doomed history, the museum “doesn’t feel macabre, celebrating instead the achievements of shipbuilders”.

The Rock of Cashel in Co Tipperary is “one of the Emerald Isle’s most spectacular archaeological sites”, which “bristles with ancient fortifications”. The Rock, which “exudes a glorious, bleak magic”, just about made the list at number 497.

With Jonathan Swift, Oscar Wilde and Samuel Beckett among its alumni, Trinity College “would be a great place to hang out… if it were possible to acquire intelligence by osmosis”. At number 468 on the list, the university campus is praised for its “gorgeous Georgian buildings and 16 hectares of greens and grounds”, which make it “one of the city’s loveliest areas for strolling”. The Book of Kells, a copy of the Proclamation, and the 600-year-old Brian Boru harp* are added attractions.

Fáilte Ireland’s head of communications Alex Connolly said the Irish sights which made it onto the list reflected the range of attractions Ireland has to offer.

“For a small country, we are punching above our weight internationally,” he said.

“Lonely Planet is one of the premier sources of information when people from all around the world are researching a holiday, and lists like this quite literally put Ireland on the map.”

History and natural beauty were “a big part of the appeal” for any visitor to Ireland, according to James Smart, Lonely Planet’s destination editor for the UK and Ireland.

“Ireland has always been popular among both our writers and our readers, and it is great to see both the Republic of Ireland and Northern Ireland performing strongly,” he said.

Last year, Ireland was named one of the top five countries to visit in the world in 2015 by Lonely Planet, thanks to our “stunning landscape and incredible hospitality”.

*This article was edited on August 18th to correct a factual error.