Cycle of the Week: Head to Hook for scenery, mystery, history

This route includes a historic lighthouse, ancient castles and a haunted house 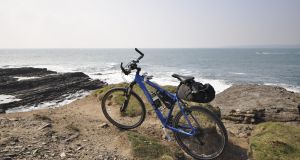 Worth the effort: Take in the stunning views at Hook Head, Co Wexford 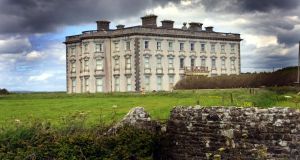 Loftus Hall, Fethard on Sea, Co Wexford: the property has a dark and troubled past and tours are available – for the brave. Photograph: PJ Browne

Our route begins and ends in the beautiful seaside village of Duncannon, Co Waterford, renowned for its fine golden beach where sand sculpting is a popular pastime, attracting local and international sand sculptors. The star-shaped 16th-century Duncannon Fort is well worth a visit before setting out on tour.

It’s almost impossible to go astray on this route – it’s one road in and one road out to the Hook Lighthouse. Simply follow the signs for the Ring of Hook Drive on the way down to Hook; the signposts are for the coastal drive, which is slightly different from this bike route thereafter.

On leaving Duncannon turn right after 1km on to the L4045. The route is mainly flat but exposed on two sides for much of the trip down the narrow peninsula. There are wonderful views to the across Waterford harbour towards Dunmore East and the Co Waterford coastline.

Along with the fine views there are a number of interesting sites connected to the Knights Templar worth investigating; for example, the Templar church across the road form the Templar Inn. The mysterious Templars originated during the Crusades and large tracts of land around Hook were given to the order by King Henry II.

The Templars amassed vast wealth and were blamed for the collapse of Christian control of the Holy Land. They were greatly resented for their wealth and power and eventually were rounded up, arrested and the order was dissolved.

The outbound road is easy to navigate: follow the direction signs for the Ring of Hook and before long Ireland’s most haunted house comes into view. Loftus Hall reputedly has a dark and troubled past and tours are available throughout the summer months – if you are brave enough!

Hook Lighthouse will come more and more into view. The oldest operational lighthouse in the world – it has kept watch over Waterford harbour for 800 years – now boasts a fantastic visitor centre and cafe. The lighthouse offers guided tours and the views are spectacular from the balcony.

Retrace the road back a couple of kilometres for a quick visit to Slade Castle and harbour, which is well signposted. Returning on the road that took you down the peninsula, continue straight ahead towards Fethard-on-Sea, passing by Baginbun “where Ireland was both lost and won”. The Anglo-Norman invasion of Ireland began with the landing at Baginbun in 1169.

Take the R734 out of Fethard for 2km and turn right on to the L4043. Continue into the village of Saltmills and turn left just before the bridge over the estuary.

Tintern Abbey looms ahead in the woodland. The famous Cistercian abbey was built by William Marshal, Earl of Pembroke, about 1200 and was named after Tintern in Wales. After the Dissolution of the Monasteries in the 1540s, the abbey came into the ownership of Anthony Colclough. Close by the abbey is the wonderful Colclough Walled Garden, which was restored in 2010 and is now a tourist attraction in its own right.

When I completed this tour in 2016 I missed the left-hand turn to Tintern and continued 4km up the L4041 where I managed to reroute by taking the signposted Bannow Bay Walking Trail.

Edited extract from Cycling South Leinster – Great Road Routes by Turlough O’Brien, published by The Collins Press (€14.99) It is available in all bookshops and from collinspress.ie