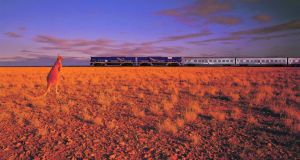 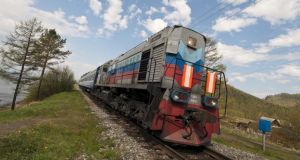 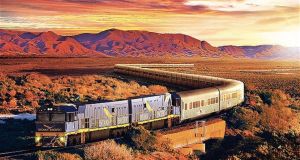 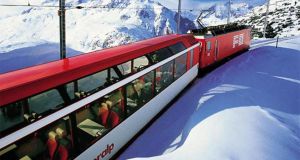 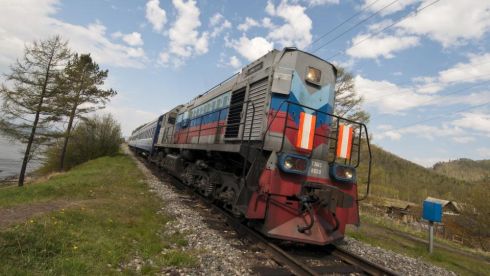 Russia’s mighty Trans-Siberian Railway runs from Moscow to Vladivostok, crossing the Urals, the Steppes and eight time zones. Spend a leisurely two weeks travelling a third of the way around the world in style with prices from £9,895 (€12,419)pps including off-train guided excursions. goldeneagleluxurytrains.com 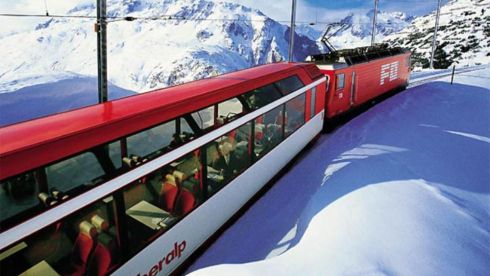 Take the train from London to the roof of the Alps at St Moritz. Stay in the Kulm Hotel, the pioneer of winter holidays in Switzerland, for a package that includes scenic train trips on the Bernina Express and Glacier Express, the slowest express train in the world, which snakes over the Oberalp Pass to Montreux. From £1,895 (€2,396)pps. planetrail.co.uk 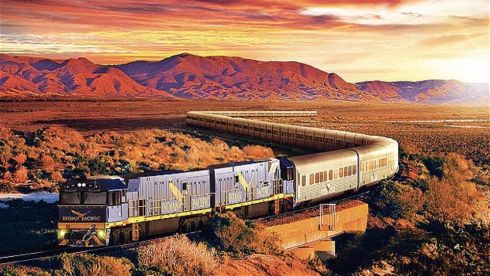 The Indian Pacific travels coast-to-coast across Australia on a route that includes the longest stretch of straight railway track in the world. Cross the vast Nullarbour Plain desert, stopping at Broken Hill, Cook and Kalgoorlie, in a four-day rail journey you can extend for a quick – relatively speaking – detour south to Adelaide. From AUS $1,929 (€1,315) for a single cabin. gsr.com.au

Marrakech Express
The Marrakech Express and Moorish Spain option from Great Rail Journeys is a 16-day odyssey from Spain to Morocco – with some coach travel – that takes in Seville, Barcelona and Granada as well as Casablanca, Rabat and Marrakech, with excursions to all sorts of royal palaces, ancient mosques and lively souks along the way. From £2,995 (€3,786) per person. greatrail.com

Across Europe
Relive the golden age of European travel with an 11-day rail voyage from London to Berlin, Amsterdam, Paris and Zurich, before whisking you through the Alps to Venice and Rome. Prices start at €1,763 per person, staying in three-star accommodation. Or push the boat (train) out with a five-star voyage from €3,174. railbookers.com

London to Venice
The Orient Express Group has, for some inexplicable reason, rebranded as Belmond but thankfully left its iconic Venice-Simplon train unscathed. The classic two-day, one-night London to Venice route costs £2,050 (€2,590) per person, and if you go in March they’ll throw in two nights at the snazzy Cipriani Hotel for free. belmond.com

India’s Golden Triangle
Explore India’s Golden Triangle with a four-day ‘Treasures of India’ tour on board the Maharajas’ Express. The 859km trip from Delhi to Jaipur and back takes in the Taj Mahal, Ranthambore National Park – there be tigers – and the Amber Fort. All sorts of optional extras include spa trips, game drives and elephant polo matches (to watch, not play) with fares starting at $3,850 (€3,080). the-maharajas.com

Heart of Persia
Hop aboard the Danube Express for a trip to the Heart of Persia, a 12-day return rail voyage from Tehran, whose highlights include the deserted citadel at Rayen; one of the oldest cities in the world, Yazd; the ruins of Persepolis and Necropolis; plus a spectacular journey through the Zagros Mountains, from £9,095 (€11,500) per parson based on two sharing. goldeneagleluxurytrains.com