Focus your eye on Paris

Is there a better place to study street photography than Paris? Anne Sheridan spent a week learning to view the city of love and lights through a new lens 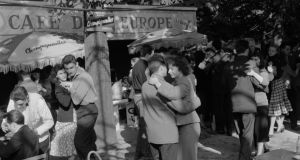 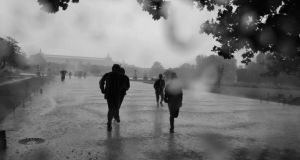 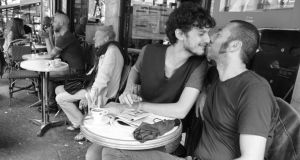 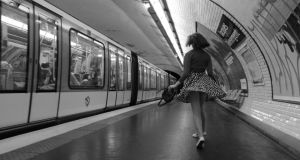 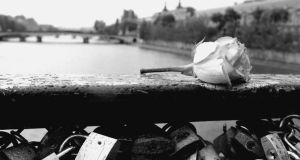 A great image, we are told, should capture the attention of three things:

the eye, the heart and the mind. What is rarely said is that it requires great resolve and feet made for walking – especially in a city such as Paris – to find the fleeting moment

and capture it before it disappears forever.

No one sees the blisters on the feet, the glasses of wine, or the pâtisseries consumed for sustenance when they look at the work of the great Parisian photographers: Henri Cartier-Bresson, Robert Doisneau and Edouard Boubat, among others. But a photographic journey through Paris is a feast for all the senses, not just the eyes.

After much walking to find a tiny street, Rue des Guillemites, nestled in the fashionable Le Marais district, we eventually stumbled on the buzzer to Peter Turnley’s studio apartment.

Turnley became friends with Doisneau when he moved to Paris in the 1970s, becoming the assistant to the man who once said: “If I knew how to take a good photograph, I’d do it every time.”

Doisneau took plenty, as has Turnley, and we were here to learn something of the tradition that has been passed down from master to master.

Paris may be best viewed in springtime or with autumnal light, but we visited for the run-up to the Bastille Day celebrations, and to have our images critiqued by an esteemed photojournalist, whose work has featured on the cover of Newsweek more than 40 times, and who has worked in more than 90 countries, covering the biggest stories of the past 30 years.

After moving on from war zones to workshops, he now regularly receives invitations to photography exhibitions by the students he has tutored over the past 12 years.

Our group of 12 (the maximum number of participants), from India, the US, the Netherlands and Serbia, were aged from 16 to 60 and shared one common love.

Each day, over coffee and pains au chocolat, Turnley ran through our best work from the previous day – some of which would be saved for our end-of-week photo essay – while many others, we were quite politely told, did not make the grade.

Turnley urged us to look at our work with a cool detachment, as an observer would view a piece of paper. We were, he said, to remove the memories of what we felt at that moment in time – the food that we ate, the music that we heard – and ask ourselves, “Where is the human emotion? What is the story here?”

It was not so much a workshop in the technicalities of photography – we did not spend our time discussing the perfect ratio of aperture, shutter speed and ISO – instead it was a week of exploring the major themes of life, its finer details, how we view the world and our relationship to it.

“A photograph is much about who we are as a person but also, sometimes, who we would like to be,” he said.

Each day we set out to find a scene and a story that spoke to us – the couple tenderly kissing outside a café, the lovers entwined in the long grass at Canal Saint-Martin, scenes of homelessness by the Louvre, and tourists running as the heavens opened in the Jardins des Tuileries.

Instead of quickly moving on to the next “must see” attraction, we found our own. One of the best afternoons I spent was in the L’Express Bar, a short distance from the Louvre, a bistrot known for its French and Basque cuisine, as well as its colourful owner Edouard.

It doesn’t get more authentically Parisian than L’Express, Edouard and his customers, who were a photographer’s delight, and there wasn’t another snap-happy tourist in sight.

“How did you find out about this place,” asked the man who transpired to be the only English speaker in the bar, as he insisted on pouring me more wine.

While urging us to find “our own language, our own grammar” in photography and to respect the honour of the person we were photographing, Turnley’s stipulations were few but strict. “Shoot wide” and “don’t crop”, he advised, otherwise the context is lost, and you have dumbed down your image, leaving the viewer underwhelmed.

“When you hit the target there is no need to crop your image,” he advised, before adding: “Don’t kind of make a picture. Stay with it.” He urged us to shoot with an 18-35mm lens, and if we found ourselves zooming in, to tape our lens in place.

He compared photography to fishing: you have to bide your time and wait for something to bite, but you have to be out there for a long time to get it.

In Paris, photographic opportunities abound at every hand’s turn. As many of us learned, to our great frustration, you will kick the cobblestones if you don’t have your camera ready and in the right settings for virtually every step you take.

So leave the camera bag at home, take the cap off the lens, and be ready to greet your subjects with a smile, et en quelques mots (cúpla focail).

A short distance away, across the bridge to l’Ile Saint-Louis, is La Brasserie, once frequented by Liz Taylor, Richard Burton, Peter O’Toole and Brigitte Bardot. A stone’s throw from Notre Dame, the area – and the brasserie – is one of Turnley’s regular haunts for picture-taking. The phrase, “all life is there”, could have been coined for this perfectly contained little island in the centre of Paris. We dined there with two exceptional characters following their presentations to us on their life’s work in photography.

Among them was John G Morris, 97, the former picture editor of the New York Times who, as Life magazine’s London editor during the war, handled the famous Robert Capa images of the D-Day Landings.

Regarded as one of the greatest printers in photography, Voya Mitrovic, who printed the work of Cartier-Bresson and the Czech photographer Josef Koudelka for decades, showed us the difference master printing can make to an image, displaying famous prints we had seen countless times before without knowing his part in it.

At the end of our stay, a final slideshow of each of our 15 best images was played to the group. Edith Piaf provided the soundtrack to our interpretation of a city that we may have visited many times before, but now saw through our own unique lens.

As the photographic hallmark of l’Hôtel de Ville faded from view, we vowed to return, to capture the autumnal light and, of course, our meeting point will have to be back at the Brasserie de l’Isle Saint-Louis.

Peter Turnley runs six or more photographic workshops worldwide each year, in locations such as Paris, Cuba, New York and Sicily. See peterturnley.com STAY Hôtel Duo is in the heart of Le Marais and a short distance from the workshop, situated at 11 rue du Temple. A single room is priced from €110 and a double costs from €160. Hôtel Caron de Beaumarchais is a charming three-star boutique hotel in Le Marais. 12 Rue Vielle du Temple. Rooms cost from €145.

EAT La Brasserie de l’Isle Saint-Louis, 55 quai de Bourbon. An institution since 1953, the brasserie, which features in many of Turnley’s photographs, is the perfect place to eat French cuisine, take photographs and watch the world go by. The brasserie is closed on Wednesdays. Chez Julien, 1 Rue du Pont Louis-Philippe, for a modern, healthier take on French classics. L’Express Bar, 23 Rue du Roule. Go there to be entertained and eat hearty cuisine. l The photographs above were taken by Anne Sheridan