Check In: Have a pint at the Hagstravaganza, visit the new look Dylan Hotel or head for Dubrovnik 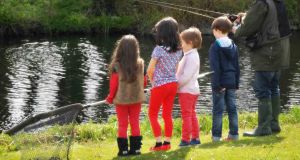 Hidden away in Ballymote, Co Sligo, The White Hag brewing company is celebrating its third birthday on July 29th with a big bash in the form of an International Brewery Festival. “Beers not poured in Ireland” is the theme for the party, which will see more than 60 beers from around the world available for the first time to Irish craft beer fans. Expect a selection of the best food outlets from the Sligo Food Trail and vendors from the Strandhill People’s Market and entertainment to boot. See thewhitehag.com/hagstravaganza for more.

Marking their six-month collaboration, Emirates airline and Irish beauty brand Voya have unveiled a video detailing clips from Sligo’s beautiful shoreline and the traditional seaweed hand-harvesting process, alongside the skincare range itself. The airline based out of Dubai has provided an exclusive range of the skincare products to their customers in the signature A380 shower spa on board and other products in Emirates’ airport lounges. The hand and body cream can also be found in the first-class and business-class washrooms on all Emirates aircraft. To watch the video go to emirates.com.

In celebration of its 10th anniversary, The Dylan Hotel, off Baggot Street Upper, has undergone a €10 million renovation. The refurb, which began in August of last year, adds 28 bedrooms to the Victorian property, with bespoke furniture and an updated foyer to boot. dylan.ie.

Malta Stay for seven nights at the Topaz Hotel, St Paul’s Bay, in June, including return flights from Dublin and airport transfers from €389 per person based on two people sharing. See clickandgo.com.

Dubai Stay at the four-star Radisson Blu Downtown for four nights with return flights from Dublin departing July 26th from €599 per person based on two people sharing; sunway.ie.

Kildare’s five-star is offering a summer stay fit for the entire family. Decamp to The K Club for three nights bed and breakfast, with the option of interconnecting rooms for families, plus one dinner in The Byerley Turk Restaurant from €285 per night.

The Kids Club here will keep little ones busy each day from 11am to 6pm with face-painting, games and fun in their playground in the Victorian walled garden. Grown-ups can indulge in the health club’s swimming pool, gym and outdoor hot tub, or treat themselves to a treatment in the spa. As an added bonus, pick up complimentary tickets to the National Stud and Japanese Gardens, Tayto Park or Dublin Zoo and make this a staycation to remember. See kclub.ie for more.

This time-zone tracker allows travellers to check what time it is across multiple countries and locations while you travel. Available on Android and iTunes; circa-app.com.

Shame-free sex education: It’s So Amazing! And only a little bit mortifying
3