Survey gauges the emotional temperature of Ireland in 2016

The Census of the Heart captured the opinions of nearly 12,000 people 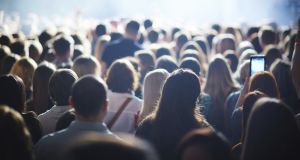 The Census of the Heart provides an interesting snapshot of the mood of the nation, which can sit alongside the statistical data captured in the Census. Photograph: iStockphoto

The Census of the Heart (COTH) was an inspired and ambitious project . Conducting a survey of this nature, which asks participants to reflect upon, and examine, their place in society and their wellbeing, is not an easy task.

This project captured the opinions of nearly 12,000 people through an online survey. In addition to the data gathered, it captures the voices of the Irish population at this one moment in time. While the data cannot claim representativeness, it nonetheless provides an interesting snapshot of the mood of the nation, which can sit alongside the statistical data captured in the Census.

The survey found that roughly seven in 10 respondents rate their wellbeing as good, feel connected to Ireland, feel proud of the country, felt supported by friends or family, and rated themselves as above average on a happiness scale. Just over half were content, grateful, and believed themselves to be happier than their peers. While nearly nine in 10 reported being loved, only six in 10 love themselves, and just three in 10 felt confident and able to bring about change in their lives. Further, one third said they were overwhelmed and/or lonely.

The sentiments reported are largely in alignment with Amárach’s Economic Recovery Index (ERI). The ERI has been tracking sentiment and mood of a sample of the Irish public, and has shown a steady increase in the positive (enjoyment and happiness) and decrease in negative (stress and worry) moods of the nation since 2010.

While the caveat remains that the COTH cannot claim to be a fully representative sample of the opinions of the Irish public, it does promote a holistic view of Irish citizenship. This exemplifies the enduring role that the concept of community plays in Irish society where family, friends, and belonging remain central to our identity. It is in this way that this study illustrates how the communities of the past can be reimagined as collectives who shared passions in the present, and which support the achievement of our visions into the future.
Robert Mooney is research director at Amárach Research.