Sex robots: Even better than the real thing?

Technological advancements mean that what was once a dystopian fantasy is closer to becoming reality than ever. But is the rise of the sex robot cause for concern? 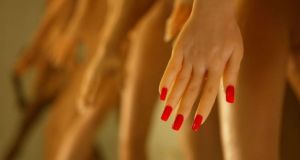 Can a sex robot really be a substitute for the real thing?

We’ve seen robots drive cars, run jump and carry stuff and soon they’ll be able to sate your wildest sex fantasies. Technology has finally caught up, so that what was once a fanciful dystopian conceit is closer to becoming a fully-fledged reality.

Last month, Chinese engineer Zheng Jiajia was so taken with his own robotic creation that he married her, with his family as witnesses, after two months of “dating”. The advent of the sex robot has come to the attention of academics, too with Dr Kathleen Richardson, a robot ethicist at De Montfort University in the UK, suggesting that sex robots, not least the ones that look like humans, be banned.

“If people think they can have an intimate relationship with a machine then it says something about how we view relationships with real people,” she is quoted as saying at the 2015 Web Summit in Dublin. Certainly, there’s something in the idea that a robot could be a viable substitute for human intimacy – or even a good old-fashioned bonk – that is unsettling.

And yet, production of “real dolls” over at the San Diego headquarters of Abyss Creations continues apace, according to a video report by the Guardian newspaper. Much like “reborn” dolls – realistic-looking dolls created as a human baby surrogate – the real doll is a high-end silicone creation with pliable, supple body parts and a price tag of €4,500-€50,000 (depending on spec). The assembly options are eye-wateringly detailed, but of the 600 dolls Abyss sells every year (to mainly male customers), many adhere to the narrow Western feminine ideal of firm, full breasts, long limbs and small waist. Others, such as the intriguingly monikered Harmony, are programmed to spout sweet nothings such as “I don’t want anything but you”. She is also programmed to know her owner’s favourite sex position, and can have what her manufacturers call a “robogasm”.

The disquieting Guardian report comes a month after Madrid opened its first sex doll brothel. Sex dolls are nothing new – apparently 17th-century Dutch sailors relied on them for months at sea. But what was once a rather extravagant and expensive sex toy now has the capacity to talk and engage in conversation and so the leap from sex to love no longer seems that huge.

And then, much like the fate that befell Joaquin Phoenix’s character in Her (2013), it’s thought that for those who buy and “date” sex dolls, interacting with people with their own agency and non-programmable mind will become a challenge: the complexity of intimacy being too much to handle.

The robots are not being mass produced yet but already this is a complex and tricky issue. We live in a world already throbbing with tension, violence and difficulty because of the objectification of women. We’ve seen and heard what happens when some men are rejected by the women they feel entitled to date.

What might the prospect of “owning” a woman’s likeness do for that mindset? Little wonder that anti-sex robot sentiment has prompted a feminist grass-roots collective, the Campaign Against Sex Robots, who describe them as “non-consenting prostitutes”. And perhaps rightly, many people are disturbed at the idea that men could be drawn to a pneumatic, pillow-lipped figure of servitude, and perhaps even think of it as a viable replacement for a human.

Can a sex robot really be a substitute for the real thing? In Japan, a survey by the Ministry of Health, Labour and Welfare in 2010 found 36 per cent of Japanese males aged 16-19 had no interest in sex – a figure that had doubled in the space of two years. The advent of virtual/digital girlfriends is often cited as the reason for their lack of enthusiasm for interacting with real, live women.

There’s something decidedly creepy about a talking, compliant, legs-akimbo sex robot (but then, most advancements in technology are inherently terrifying). Were I to walk into my partner’s house and see one, I would think of it less as a newfangled sex toy to experiment with, and more as a sign that we were in real emotional or physical trouble.

Were I to see one in a new partner’s bedroom, I wouldn’t be wholly confident of their ability to be a considerate, emotionally intelligent lover. It is the point where my own “live and let live” attitude to adult sexuality hits a snag. But on the flipside, why get bothered about a technological advancement that could potentially bring happiness to someone else? Why not see it as a sexual outlet?

Surely anything that allows a person to express themselves sexually, albeit to an inanimate object, is a step in the right direction, away from a sexually furtive and puritanical culture?

The jury is out. In the documentary Love Me, Love My Doll, in which Slade Fiero repairs sex dolls, he says: “I had one guy from Berkeley who had sex so hard with his doll that he ripped the leg off it. Her calves, from below the knee, had what looked almost like knife puncture wounds. Hundreds of them. I don’t know what this guy was doing to this doll.”

Human sex and intimacy is splendid, messy and complex, with two people (or more) making an expression about their relationship that words can never do. The technological advancements are impressive, certainly, but I’m not sure we have to worry about sex being supplanted outright, or Harmony and her agreeable ilk becoming the norm. Not in this lifetime at any rate.