Playwright and architect with a passion for his island community

Sydney Cheatle obituary: A gentleman who always did what he thought was right, never what was easy 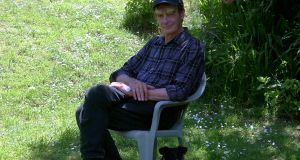 Syd Cheatle: a wave of homesickness following the birth of their first child brought Syd and his wife Miriam back to Ireland. 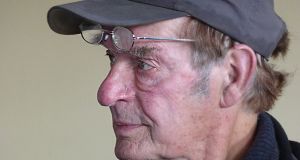 Sydney (Syd) Cheatle: He will be greatly missed by the island and artistic communities alike.

Sydney (Syd) Cheatle, who has died at the age of 82, was a talented playwright and architect whose work had taken him throughout Europe and across the Atlantic and to the Middle East.

Born in Rathgar in Dublin, the son of Jack Cheatle, leader of the RTÉ Concert Orchestra, and cellist Aileen Foley, a native of Skibbereen, Syd was educated in Castleknock before training as an architect at the architectural school at the Dublin Institute of Technology. Once finished, Syd left Ireland to pursue a career in writing.

His first two plays, Retreat and The Director, were produced by the Abbey Theatre in Dublin in 1970, the former of which starred mainstay of the Abbey Theatre, Niall O’Brien. His next play, Straight Up, received its premiere at the Traverse Theatre in Edinburgh and subsequently transferred to the Piccadilly Theatre in London in December 1971. It premiered in the US at the Kansas City playhouse in 1973 with subsequent productions in Seattle, Newhaven, Washington DC and New York city.

Also translated into German by Jurgen and Astrid Fischer under the title Im Schoss der Familie, Straight Up premiered in Germany at the Landestheater Darmstadt in 1972, and enjoyed considerable success over a 14-year period with major productions including Berlin, Düsseldorf, Hamburg, Stuttgart and Vienna.

Syd found work in London with architectural firm Idea International and was involved with the construction of the Lloyds building in the City of London, the Shaw Theatre, and other building projects in Britain, Saudi Arabia and Ireland. Syd also did some work for the government, initially working on a project for the department of the environment which led to a job as the in-house architect for the House of Commons.

In the late 1960s, looking for a quiet place to focus on his work, and hit with a wave of homesickness following the birth of their first child, Syd and his wife Miriam placed an ad in The Irish Times looking for somewhere to live which read: “House wanted, by the sea, cheap.” They received one reply from a Mrs Carew O’Driscoll, offering a short-term let on Sherkin Island, west Cork, and so Syd and Miriam with their baby Andrew packed their belongings into four tea chests and headed for Ireland.

In July, when the lease was up Syd and his family had an incredible stroke of luck after Syd helped a woman home with her shopping bags and discovered she wanted to sell her dilapidated house by the sea known as The Watch House. At the time the house had no electricity, water or protection from the tides but Syd was undeterred. Spending their time split between London and Sherkin, in order that Syd could earn money as an architect and restore the house himself, they finally settled in Sherkin with their family in 1989.

Syd spent his days working on the land and his evenings writing and listening to jazz – music which he loved and brought him great pleasure throughout his life and during his illness.

Syd was a devoted father and a passionate member of island life, working on the council to help Sherkin and the nearby islands maintain government grants to keep the community alive, helping others to build and restore their houses and even writing plays for the children of Sherkin’s school.

Those who worked with him remember him as a gentleman who always did what he thought was right, never what was easy, and who was always generous with his time to whoever might need his assistance. He will be greatly missed by the island and artistic communities alike.

Syd is survived by Miriam, and their three children Andrew, Juno and Aran.