From fermentation workshops to cheffing to teaching kitchen skills to communities, here are five people making a difference in the world of food this year 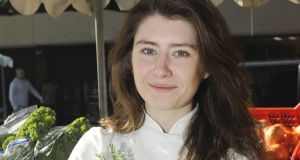 Ruth graduated in November and went to work as a chef de partie at Restaurant Patrick Guilbaud, having worked there part-time since her second year in college 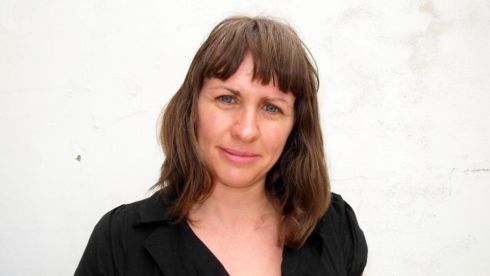 Dearbhla Reynolds
Fermentation
Fermentation is only going to get bigger in Ireland this year. Dearbhla Reynolds of the Cultured Club fizzes with enthusiasm about all things fermented and she kicks off the year with a trip to Australia to help build an “earth ship”.

The project, two hours south of Sydney, involves building a house and filling it with people like Dearbhla, who will help prevent food waste by fermenting and preserving food. Closer to home Reynolds sells her sauerkraut and fermented mayonnaise at the Helen’s Bay organic farm stall, at St George’s Market in Belfast, and runs workshops at Ox Restaurant in Belfast and Alchemy in Dublin.

The daughter of a pharmacist and a domestic science teacher, she discovered fermentation in 2011 with a probiotic ketchup and set up the Cultured Club in 2012. “I just had to share it.”

She’s on a one-woman campaign to share the health benefits (a new book this year from Prof John Cryan and colleagues in UCC will link gut bacteria to mental health). At 39, Reynolds looks a decade younger. “Fermented foods are great for your skin so I’m getting away with a lot.”

After Australia she has her sights set on doing something about food waste in Belfast and a book full of fermenting tips with Gill and Macmillan due out in September. theculturedclub.com 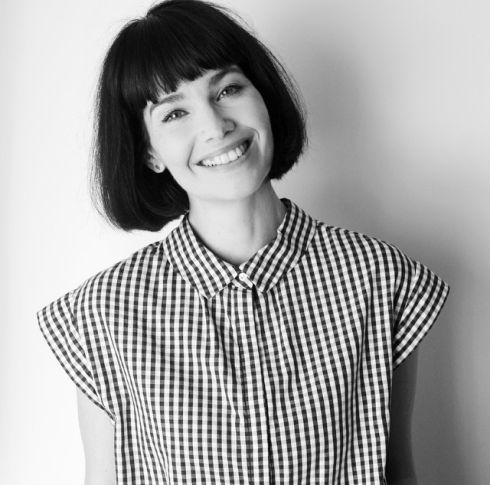 Áine Carlin
Food blogging
Áine Carlin started blogging six years ago when she was living in London. An actor, she started the blog as a place to keep all her recipes. Food blogs were “very, very different” then, she says. “They weren’t so competitive. Websites weren’t superslick and the photography was pretty ropey.”

As a touring actor, cooking was a home comfort she could bring along. She left Derry at 18 for London, where she studied music. When she started the blog she was a “full-blown meat eater”. One of her first posts was a beef stroganoff so the blog is also an account of her road to vegan eating: “If I can do it anyone can.”

Carlin sees herself as slightly out of step with the clean-eating brigade, where weight loss and beauty seem to be primary concerns. Her first book, Keep It Vegan, was written at a time when veganism was far less popular. Her second book, The New Vegan, came out on December 31st, and the 34-year-old will spend this year promoting it from Cornwall, where she lives with her husband. The name of her blog? It comes from Peasoup, her husband’s pet name for her. peasoupeats.com 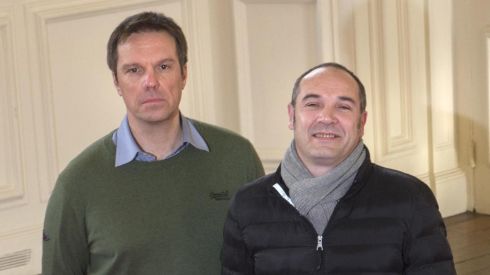 Neil Lacey & Duncan Walker
The Green Kitchen
Neil Lacey was a restaurant manager in New York before returning to Ireland, where he trained in addiction counselling. When a derelict pork butcher’s shop and office in Walkinstown came up for regeneration it turned out to be the perfect home for both his skills.

The Green Kitchen, in Walkinstown, opened in September 2014 after a dramatic transformation. It’s opposite Tony Kealey’s, the shop for buggies and car seats. Neil manages the cafe, which trains people in cooking and cafe skills. The Green Kitchen isn’t just a smart, friendly cafe where you can get a great breakfast, it’s a social enterprise, part of the Walkinstown Green Social Enterprises or Walk, run by Duncan Walker.

In the large space at the back is a men’s shed, where a “Cowboys Welcome” sign is hung over photographs of the men who come to craft woodwork projects, everything from bird feeders to planters. There’s a polytunnel and garden centre, where some ingredients for the cafe are grown. Lots of people working in food want to make the world a better place. The Walkinstown Green Kitchen shows how to give people skills, dignity and purpose through a viable food business. walk.ie 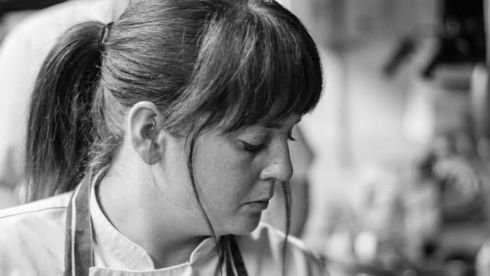 Muireann McColgan
Chef
At 25, Muireann McColgan returned to college to study culinary arts at DIT. She soon realised she’d found her niche. She graduated top of her class two years ago, winning the David Gumbledon Award, which allows her to work at a world-class restaurant, a placement she has yet to take up. Like many talented chefs, she hasn’t had much time on her hands. She joined the kitchen at Locks, in Dublin, and then moved to Delahunt, run by former classmate Darren Free, to work as sous chef with head chef Dermot Staunton.

The former off-licence on Camden Street is where McColgan can cook the kind of food she loves to eat. One of her placements during college was at the Ledbury, in London, and she was also a fan of the Harwood Arms. Delahunt diners give good feedback on their food and the favourite dish is the house-smoked salmon which they smoke with Earl Grey tea.

Does she want her own place? “For the moment I’m happy to learn more,” she says. “I’ve only been in kitchens for four years.” When she takes that busman’s holiday to another kitchen she hopes to go to Tom Kerridge’s Marlow gastropub The Hand and Flowers. delahunt.ie 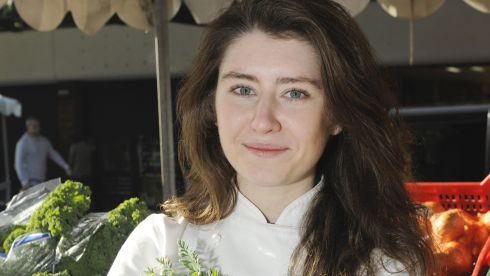 Ruth Lappin
Chef
Originally from Dublin, Ruth Lappin (22) grew up in Laois where her parents were hobby farmers who reared sheep and chickens. After she finished school, she trained as a nurse but at the end of her first year she switched to the culinary arts degree in Dublin’s DIT.

Nursing skills come in handy in the kitchen “if anyone needs bandaging”, she jokes. She graduated in November and went to work as a chef de partie at Restaurant Patrick Guilbaud, having worked there part-time since her second year in college. Is it tough in a two-star kitchen? “It’s like any kitchen. It’s quite a young kitchen,” she says, so her colleagues feel like family, working 14-hour days together.

Guilbaud’s head chef Kieran Glennon talked her into entering the Euro-toques Young Chef of the Year and helped hone her dishes and, in November, she was named the winner. She cooked sole glazed with lobster coral with tarragon pepper and leeks as a garnish. Her pastry was a chocolate souffle tart. Plans for the future will be to stay in Guilbauds – “They’ve been so good to me” – but also to travel. The first trip will be to Restaurant Gordon Ramsey in London where she’ll work with Clare Smyth, one of the judges who named Lappin young chef of the year in 2015.

‘We’ve got new lockdown rituals, but man, I miss the old ones’
8