There's a nod to visual art, the stage, and even a robot-themed 3D printing company in Gemma Tipton's selection of people to watch in the arts this year 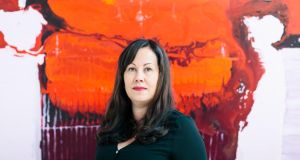 As well as currently working on an animated short film, Genieve Figgis has an exhibition opening in Los Angeles over Oscar weekend. 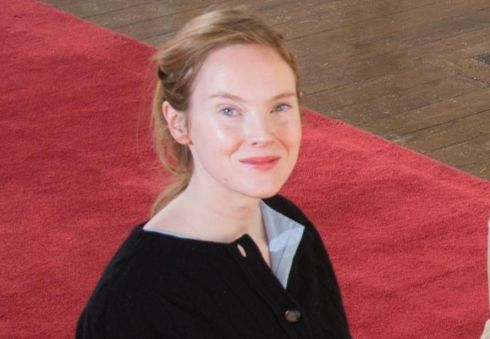 Caoimhe Kilfeather
Artist
One of a generation of sculptors from Ireland steadily gathering international acclaim, Caoimhe Kilfeather had a busy 2015 in more ways than one. “It has been an incredible year, and the clear highlight was the birth of my daughter Éile,” she says. That might slow down some, but she also published a book, this attentive place, which includes original prints, so that each one is a unique edition.

Kilfeather has a quality of strength that belies her delicate features, and her work is similarly subtle but persuasive, with a gentle intensity. Sculptures made with unexpected materials have the effect of making you feel differently about the world around you, and your place in it: the “psychological qualities of architecture”, as she puts it.

In 2016 a wider audience than ever is set to see her work as she takes on a pair of public sculpture commissions on the corner of Hatch Street and Earlsfort Terrace in Dublin, for Clancourt Group and Arthur Cox. These will feature curved screens of stained glass; and there will also be a solo show of her work at Dublin’s Douglas Hyde Gallery in May. Watch those spaces. caoimhekilfeather.com 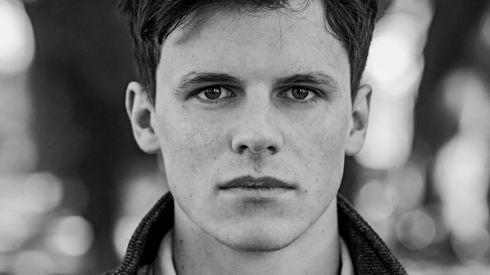 Ruairí O’Connor
Actor
By the time he graduated from the Lir Academy last July, Ruairí O’Connor already had an agent, and a role in a film. “I was a very lucky boy,” he agrees self-deprecatingly, though he also admits that to get an agent, and a London one at that, is amazing. Now represented by Independent Talent Group, he finished filming John Butler’s Handsome Devil in September, and is about to start work on the new BBC series written by Barry Devlin, My Mother and Other Strangers.

“I’d been going for one part, but ended up cast in another. I’m a love interest. I was a bully with a mullet in the last role. It’s important to show range.” Tall, with green eyes and gentle charm, O’Connor grew up on a stud farm. “I love horse riding and, yes, I have my rapier and dagger certificates – these things are important,” he laughs. Planning to divide his time between Dublin and London, O’Connor is also writing a short film with his friend Dermot Malone, a Filmbase graduate now working as a director. “Looking back,” he says, “the Lir was incredibly tough, but it was the best three years of my life,” he pauses and then agrees: “so far.” 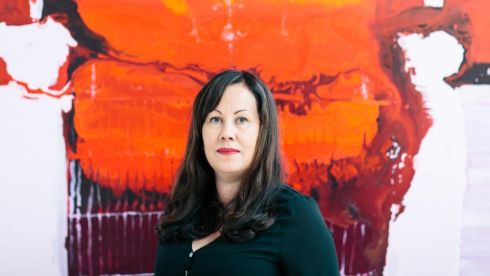 Genieve Figgis
Artist
Just over two years ago, Gorey School of Art and NCAD graduate Genieve Figgis was showing at Elaine Grainger’s Talbot Gallery, notable for its strong emerging artist programme. Then everything changed: “Richard Prince discovered my work on Twitter and introduced me to Harper Levine at Harper’s Books, and Bill Powers at Half Gallery [both in New York] and that’s when things really took off.”

Her paintings hint at past eras, and yet are disconcertingly distorted. “I love the immediacy of acrylic and its contemporary feel,” she says, while still “maintaining the look of an oil painting as my work is mostly informed by history . . . I had to figure out how to obtain the right balance”.

Currently working on an animated short film, she also has an exhibition opening in Los Angeles over Oscar weekend. “I enjoy experimenting with alternative venues so people don’t only see the paintings in a traditional white box.” Figgis lives in Ireland, with a studio on the Wicklow coast. “I love it here,” she says simply. And the art world has fallen in love with her paintings too. genievefiggis.com 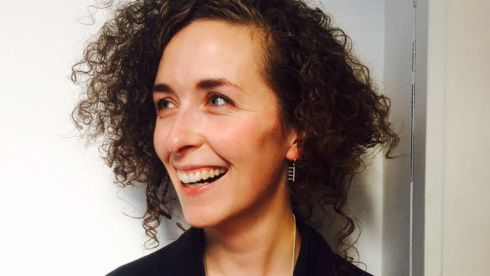 Lian Bell
Set Designer
Up until last November, Lian Bell was best known as a well-respected set designer and arts manager, whose work has included the designs for the theatre adaptations of Eimear McBride’s A Girl is a Half-formed Thing, and Joseph O’Connor’s Star of the Sea. But when the Abbey Theatre announced its programme for the 1916 centenary season, and Bell noticed it included work by only one woman playwright, she got angry. Taking her outrage to social media, #WakingTheFeminists (WTF) was born.

Even though, as she says, “It was never something I planned to orchestrate, and there’s a huge gang of people involved,” since developing the movement, which included a public meeting on the main stage of the Abbey in November, Bell has become a figurehead and focus for dissatisfaction at gender inequality across the performing arts. WTF has gained international endorsements, including the likes of Debra Messing, Gabriel Byrne, Wim Wenders, Phylida Lloyd, Emma Donoghue and Meryl Streep.

So what does 2016 look like for Bell? “My big project so far is The Casement Project with Fearghus Ó Conchúir; plus A Girl is a Half-formed Thing will be touring the UK and going to New York, so I’ll be travelling with that. I’m also working with Pan Pan at Mermaid. I tend to work from project to project, and I don’t know if WTF is impacting my career. People say it’s going to change how I work, and I’ll keep on with it until we have gender equality, but it’s all very new.” lianbell.com 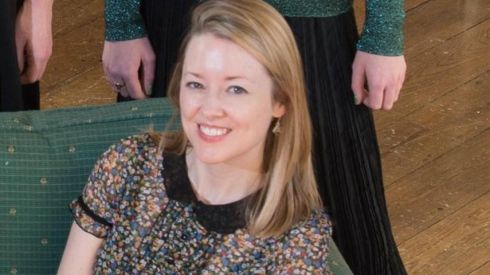 Emer, Aoibh and Kate O’Daly,
Love & Robots – Designers
“Designed with love, made by robots” is the tagline for the O’Daly sisters’ Love & Robots, the cool company that taps into the power of 3D printing to let you make your own unique jewellery, accessories and other goodies, or else choose from their fun, customisable range.

For ID2015 the sisters were invited to collaborate with Abbey Theatre costume designer Niamh Lunny, and created Plumage, the first 3D-printed, free-moving cape. “It’s a kind of chain mail,” says Kate, “so we’ve actually created a new kind of textile. Each piece is a solid, rigid piece of nylon, but each ‘feather’ moves independently.” It will be on show in Kilkenny in April, when the Liminal exhibition tours to the National Craft Gallery.

If 2015 was a busy one for the sisters, who also have a pop-up shop at 5 Dame Lane in Dublin (until the end of January), 2016 looks set to be even bigger. “We’re expanding the range, and launching in the UK,” says Emer. “The reaction to the [Dublin] shop has been brilliant . . . We can custom-make within a couple of hours.” As 3D technology develops, it can only get better for Love & Robots. loveandrobots.com