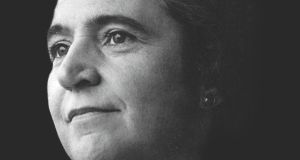 Olive Stevenson, a renowned social work academic, who has died aged 82 after a period of ill-health, was born to Irish parents in Croydon, near London. She achieved a number of firsts during her long and illustrious career.

Following undergraduate studies at Oxford, she completed social work training at the London School of Economics (LSE). She was the founding editor of the British Journal of Social Work in 1971. It is now a prestigious international journal.

She was the first woman to be appointed to a professorship at the University of Keele. She also held academic posts in the universities of Bristol, Oxford and Nottingham.

She was a member of the first public inquiry committee into a child death – that of Maria Colwell in 1973. This report (particularly influential in shaping Irish and British child welfare practice) was marked by a minority report by Stevenson in which she took issue with the majority interpretation of the decision to return Maria to her mother’s care.

The “celebrity status” which followed was not to her liking. She objected to the assumption that she was defending social work, instead seeing her minority report as an expression of her frustration that its value and complexities were not appreciated.

Her lifetime achievements were recognised with the awarding of a CBE in 1994, as well as honorary doctorates and international appointments.

She completed her studies at the LSE with an academic distinction, and from 1954 to 1958 worked as a childcare officer in Devon. In her memoir published earlier this year, Reflections on a Life in Social Work (Hinton House, 2013), she describes how satisfying she found this work, involving direct work with children in foster care and preventative work with struggling families.

Following advanced training at the Tavistock Clinic, Stevenson published her first book, Someone Else’s Child: A Book for Foster Parents.

Rigorous
This was followed by a rigorous and highly regarded study, Social Service Teams: the Practitioner’s View (1978), co-authored with Phyllida Parsloe.

Having immersed herself in the field of child welfare for more than 30 years, she developed interests in the areas of aging and adult abuse, and published another influential text in 1998, Neglected Children and their Families.

Unsurprisingly for someone whose professional education was steeped in psychoanalytic theory, Olive’s memoir makes perceptive links between her early childhood experiences and subsequent work and life.

She makes sharp observations about social class and the impact of culture and social context, as well as those of poverty and deprivation.

She describes how her parents, both Dublin Protestants, left Ireland for Britain in 1920, fearing that religious discrimination might affect her father’s career in the civil service.

In her memoir, she emphasises the importance of family histories in understanding beliefs and patterns of behaviour. The family settled in Croydon, where Olive was born in 1930. She had an older half-sister, Marjorie, who died from TB at the age of 23, and a brother, Edward, seven years her senior.

She retained links with Greystones, Co Wicklow, the home of her maternal grandparents. She accepted invitations to give guest lectures to Irish social workers and in the department of social studies at Trinity College Dublin. She also served on the first external review panel for social work at Trinity in 1998.

Psychoanalytic ideas
Stevenson’s singular contribution was her steadfast view that good social work combines attention to both the inner and outer worlds of the client (as well as that of the practitioner).

She was able to combine her commitment to psychoanalytic ideas with a thorough understanding of the impact of poverty and environmental stresses on families.

Committed to skilled direct work with children and their families, she believed that social work – especially in statutory children’s services – had gone astray in recent decades. Changes were needed both to social work education (with more time and focus on skills development) and to organisational contexts (so that reflective practices become central).

These are lessons of crucial importance as we move towards a dedicated Irish Child and Family Agency at a time of shrinking budgets.

Stevenson will also be remembered as a trailblazer, a rigorous and compassionate social work academic who had little or no truck with new or seemingly fashionable ideas or beliefs unless they proved their worth.

Married to Gene Kelly: 'He didn't seem that old to me'
3