Our Wedding Story: ‘I never thought we would legally get married’ 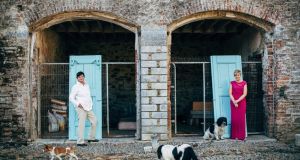 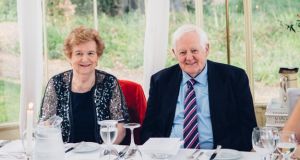 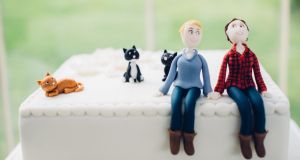 In the early 2000s, Lisa, a software engineer, left her native California to spend time in Croatia. She then bought a derelict cottage in Co Clare which she planned on refurbishing.

On arriving in Cork in 2001 to take a course in architectural technology at CIT, Lisa met Anne who is from the city. The pair got together in May 2002, both aged 43, and soon after Lisa moved into Anne’s Blackrock home. Over lunch with friends, she announced: “Someday I’m going to marry this woman.”

“I was delighted but bemused,” remembers Anne. “I’d never anticipated that we would ever be in a position to legally get married.”

In 2014, Lisa’s father became unwell and she returned to the US. “A couple of days before she left, Lisa said, ‘when you come over at Easter, I think we should get engaged,’” recalled Anne.

In April 2014, Anne travelled to Oregon where she and Lisa bought rings. On her return to Cork, she went straight to her parents’ house in Douglas where she announced their engagement.

“This was somewhat of a surprise to my mother in particular, as I had never ‘had the talk’ about being gay with my parents, even though my siblings and friends knew. My dad had guessed but had never said anything. I always knew my parents would be completely supportive but I never had the courage to come out formally to them.”

On April 24th, 2015, Anne and Lisa became civil partners in a ceremony at Longueville House, Co Cork.One year later, they “upgraded” their civil partnership to marriage – “this time in a very low-key affair”, according to Anne. Anne’s witness was her eldest niece, Orla Lynch, and Lisa’s was Marian O’Sullivan, a close friend. Anne’s parents, her sister-in-law and other family members joined the couple in the registry office, and more family gathered for lunch in the Imperial Hotel.

Being married is different to being civil partners, says Anne. “Our relationship seems stronger at some level.”