Our Wedding Story: he proposed using her great-grandmother’s engagement ring

For Rebecca Horan and Patrick O’Sullivan, the ceremony was the most important part of their wedding day 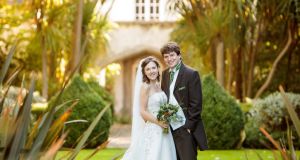 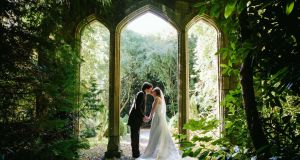 After meeting at a party in 2006, software developer Patrick (28) proposed to Rebecca (27), a childminder, at Castle Espie Wetland Centre, Co Down, using her great-grandmother’s engagement ring.

On September 26th, 2015, Rebecca was the third generation of her family to be married at Dún Laoghaire Presbyterian Church. She walked down the aisle with her father, Maurice Horan, to O Magnum Mysterium performed by the 50-strong Dún Laoghaire Choral Society.

Rebecca’s mother is Deborah Horan and the groom’s parents are Gerard and Esther O’Sullivan.

Due to their strong faith, the ceremony, conducted by the Rev Chris Kennedy, was the most important part of the day for the couple. The readings were chosen and read by two children the bride had looked after for the last four years.

The woodland flowers in the church were provided by Unique Flowers, Dalkey.

The harvest-themed reception in the Summerhill House Hotel, Enniskerry, was attended by 105 guests and on arrival, bagpiper Archie Doyle played Northern Lights of Aberdeen, dedicated to the bride’s grandfather.

Barley and wheat table centre-pieces were provided by a local farmer and each guest was gifted with a seed bomb of native Irish flowers. The bride and groom made Mirabelle plum liqueur and sloe gin for the drinks reception.

Paying tribute to music from the era of their grandparents, parents and their own, Patrick and Rebecca’s first dance was to a mash-up of Glen Millers In the Mood, David Bowie’s Let’s Dance and Rule the World by Take That. After their honeymoon in South Africa, the newlyweds moved into their new home in their native Shankill.