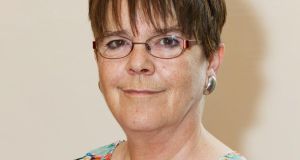 Sherie de Burgh, who has died aged 65, was an innately empathetic and skilful counsellor who will be long remembered not only by the clients whose lives she touched but also by all those she trained to follow in her footsteps.

As public and political debate raged about women’s reproductive rights in Ireland of the 1980s and 1990s, she was the calm in the storm for those dealing with the realities of crisis pregnancy.

She volunteered to work on the Open Line helpline after Open Door Counselling was forced to close its bricks-and-mortar centre on the foot of a 1980s High Court order.

Then, in the wake of the 1992 “X case” and the subsequent referendum that established the rights of women to seek information about abortion and travel abroad for a termination, she joined the Irish Family Planning Association. There she was instrumental in establishing countrywide access to non-directive crisis pregnancy counselling, which had not been available up to then.

Although the nature of the often bitter public discourse at the time was that you were either “pro life” or “pro abortion”, she and the IFPA were committed to supporting people in whatever choice they made.

De Burgh was not overtly political but she passionately believed in empowering people who chose to come to her. She gave them the time, the space, the information and the listening ear they needed to make the right decisions for themselves.

In 2004, she moved to One Family, a national organisation supporting lone parents, where she was director of counselling until her retirement in October 2016. De Burgh’s seemingly infinite compassion for anybody encountering bumps in life’s path was undoubtedly rooted in a difficult childhood, which gave her great insight into coping with adversity.

Born in London, the daughter of Lilly and Gerry de Burgh, she grew up mostly in Sandycove, Co Dublin. Having briefly attended the Dominican Convent in Dún Laoghaire, she left school at 14 and was mainly self-educated. Books and cinema were her two great passions, giving her a door on the world outside Ireland, along with music.

Having been a teenager in the 1960s, she carried the vibe of that decade throughout her life. She lived briefly in a tent on Killiney Hill with nine friends, all early school/home leavers like herself, and later in a cave in the Canary Islands with the father of her only child. She also travelled India alone, where she picked up the name for her son, Dorje, and flitted back and forth between London and Dublin, working in markets and restaurants.

The responsibility of being a single mother led her to settle, initially in a run-down cottage in Enniskerry, Co Wicklow, before going back to the Dún Laoghaire area. Once Dorje started school, she returned to work in Simon McWilliams’s legendary Marks Brothers Café on South Great George’s Street – a hipster hangout in the making long before its time.

Her work mosaic included being a make-up artist on the shooting of My Left Foot (1989), as assistant to Ken Jennings who earned a Bafta nomination for the production. However, being one of those people who others felt drawn to confide in – even Dorje’s friends were to gravitate to her listening ear – her studies at Maynooth University for a professional career in counselling sealed her true vocation.

A bit of a maverick, she would always do what she felt was right for the client even if it meant bending conventional rules of therapy. She had an incredible aura of empathy that enabled her to give hugely without diminishing herself. Clients talked of being simultaneously enveloped and set free by her. Always smiling and exuding a sense of reassurance, she revelled in humour both to deliver wisdom with a laugh but also deploy a caustic observation.

To unwind, de Burgh walked Dún Laoghaire pier most evenings, preferring the more rustic western arm, where she had a spot at which she sowed poppies every year. With her eye for colour, she was a woman of effortless taste and style, combining high art and true kitsch in objects and images she loved to collect, be they desk adornments, home decorations or clothing and jewellery.

She also liked to surprise people with a well-chosen card or gift – but to family, friends and colleagues, she herself was the biggest gift.

Sherie de Burgh is survived by her son Dorje and her brothers, Toby, Ricky, Hube, and their families.