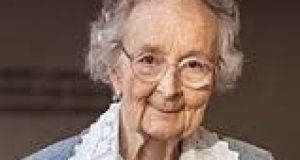 Isabelle Rapin taught at the Albert Einstein College of Medicine in the Bronx and built a reputation for rigorous scholarship. The neurologist Oliver Sacks, a close friend and colleague, called her his “scientific conscience”.

Isabelle Rapin, a Swiss-born child neurologist who helped establish autism’s biological underpinnings and advanced the idea that autism was part of a broad spectrum of disorders, died on May 24th in Rhinebeck. She was 89.

The cause was pneumonia, said her daughter Anne Louise Oaklander, who is also a neurologist.

Rapin taught at the Albert Einstein College of Medicine in the Bronx and, over a half-century there, built a reputation for rigorous scholarship. She retired in 2012 but continued working at her office and writing journal papers. The neurologist Oliver Sacks, a close friend and colleague, called her his “scientific conscience”.

In his autobiography, On the Move: A Life (2015), Sacks wrote: “Isabelle would never permit me, any more than she permitted herself, any loose, exaggerated, uncorroborated statements. ‘Give me the evidence,’ she always says.”

Rapin’s focus on autism evolved from her studies of communications and metabolic disorders that cause mental disabilities and diminish children’s ability to navigate the world. For decades, she treated deaf children, whose difficulties in communicating limited their path to excelling in school and forced some into institutions.

In a short biography written for the Journal of Child Neurology in 2001, Rapin recalled a critical moment in her work on autism. “After evaluating hundreds of autistic children,” she wrote, “I became convinced that the report by one-third of parents of autistic preschoolers, of a very early language and behavioural regression, is real and deserving of biologic investigation.”

Along the way, she helped debunk the myth that emotionally cold mothers were to blame for their children’s autism, and advocated early educational intervention for autistic children, with a focus on their abilities, not their disabilities. She also popularised the use of the term “autism spectrum disorder”, which refers to a wide range of symptoms and their severity.

Isabelle Martha Juliette Rapin was born on December 4th, 1927, in Lausanne, Switzerland, to René Lapin, a professor of English and American literature at the University of Lausanne, and the former Mary Coe Reeves, a Connecticut-born homemaker who graduated from Vassar.

Fascinated by science, Isabelle decided at age 10 that she would be a doctor. And when she entered medical school at the University of Lausanne in 1946, she was one of about a dozen women in a class of 100 students. After six weeks of study at the Hôpital des Enfants-Malades in Paris in 1951, she left determined to be a child neurologist.

She immigrated to the United States in 1953 to work in pediatrics at Bellevue Hospital in Manhattan. A year later she started a residency at the Neurological Institute of New York at Columbia-Presbyterian Hospital. In 1958, she moved on to Albert Einstein in the Bronx.

In addition to her daughter, Rapin is survived by her husband, Harold Oaklander; two sons, Stephen and Peter; a second daughter, Christine Oaklander; and four grandchildren.

In a twist on social convention, Harold Oaklander subordinated some of his career ambitions – he is a former associate dean at Pace University’s graduate school of business – to let his wife advance hers. – (New York Times service)