My Obituary: Sandy Kennedy, a ‘wild one’ and artist who ate life up

A series in which people help to write their own obituaries: ‘Kennedy always made time to play. She argued that idealism was hope, and bemoaned Victorian attitudes to female artists’ 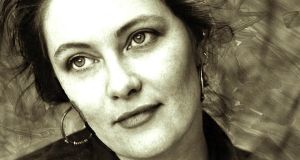 Sandy Kennedy: her strengths were energy and empathy, friends recalled at her wake, at which loud rock music was played as she lay in a wicker coffin

Sandy Kennedy (40) is a visual artist and MA student in radio and broadcast production at the National Film School at Dún Laoghaire Institute of Art, Design and Technology

Her eulogy began with her life philosophy, which was taken from Shakespeare’s Hamlet, in the words of Polonius:

“To thine own self be true

As night the day

Thou canst not then

Be False to any man.”

Kennedy believed the hardest thing in the world to do was to be honest with yourself.

She loved children, and they her, because she had time to play. She once said children were little adults with infinite imaginations and no tact, which she considered to be “gorgeous”.

Kennedy always looked for the best in people, which, some said, made her gullible. This sometimes led to the telling of the most incredible, imaginative stories. She loved watching the sky for “Godbeams” and never cared for wealth. The gifts she treasured were not of this world, but she loved driving everyone else’s cars. So her friends knew that if she had been materially wealthy, she would have enjoyed it.

As a child, her hair was an inch long and orange, as she embraced punk rock and wore bondage-style straps that said “Boy”. She was a wild one, she ate life up, mellowing but not too quickly; there was still that unpredictable glint of another great idea. White-water rapids, free running, anyone?

Her lateral guesses at The Irish Times cryptic crossword would make you weep with laughter. Her favourite words were too many to write but some she loved were: cadence, intimate, oranges, blossom, kiss, silence, sleep – oh and not forgetting prunes, because as you’re saying it slowly it appears as a pout.

Kennedy’s strengths were energy and empathy, her friends recalled at her wake, which took place at her home, with loud rock music playing around her wicker- basket coffin. She had requested also to be wrapped in a white Egyptian cotton sheet, good percale; her favourite thing was to sleep in, since the greatest luxuries a person could have, in her opinion, were crisp, white cotton sheets after a hot bath. She had also requested “a good burning” (with a whip-round to pay for the kindling), with her ashes to be scattered in the sea.

She loved to write letters, and loved receiving them even more. Her greatest regret upon dying was leaving her son, whom she loved “even before the very first time she heard his voice”, and this was for her was hardest of all at the end.

She Talks to Angels

At the funeral service, her friends chose from a music list she left for them: Stina Nordenstam’s Little Star; Lisa Hannigan and Ray La Montagne’s duet, O Sleep; She Talks to Angels by the Black Crowes; Nina Simone singing I Love You Porgy, from Porgy and Bess; and Gabriel’s Oboe from The Mission. She also requested a reading of her favourite poem, Two Spells for Sleeping, by Michael Donaghy, from the collection Safest.

If she could have done anything differently, it would have been to assume a man’s name for her career as a painter and maker of installations. She believed that women artists, unless they were better than all their male peers (Siobhán Hapaska, Dorothy Cross, Alice Maher), were largely overlooked by art institutions and commercial galleries, as if there was no such thing as a woman having a career as an artist. She believed there still existed a Victorian attitude whereby a man who chose to be an artist was regarded as serious and therefore was taken seriously.

She always wished it could be easier to let go of people whom she had once considered friends. She held to them for too long, as she did with objects that were associated with good memories.

Her bad habits: eating the last square of chocolate in the house, drinking coffee, taking the largest portion of any cake, swearing, and – worst of all – interrupting people before they had finished their sentences. Worse again, she would drift off, and not know what they were asking when they finished with the question.

More than anything, she loved her son, and her lover, and always her parents. Her father had doted on her. And before then, her grandmother had always said her love for Kennedy had no conditions, so Kennedy always tried to love her son that way.

Her family and friends will remember that she took risks, and she argued that idealism is hope, without which one may as well be dead. She believed in the afterlife, as she was too afraid to think otherwise.

Not being present to watch her son finish growing into the beautiful man she already knew him to be.

My Obituary is a column in which people are given the chance to write their own obituaries while they are still alive. Some may be famous, others not so much, and we plan to include self-written obituaries of Irish Times readers who feel up to the task of writing them as a way of reflecting on their lives. Who and what has meant the most to you? What experiences and people changed your life? What would you like to leave behind, be it advice or property? What will people say about you at your funeral? Each contribution should be 650 words and should reflect your own life experience and personality. To be part of the series, email myobituary@irishtimes.com