My Obituary: ‘Others may have envied her but she felt stifled’

The very-much-alive Ceili Fitzgerald helps to pen her own obituary: ‘Having decided to follow her own dream in 2013, she was well-placed to help other women follow suit’ 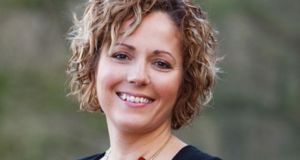 My Obituary is a column in which people are given the chance to write their own obituaries while they are still alive. Some may be famous, others not so much, and we plan to include self-written obituaries of Irish Times readers who feel up to the task of writing them as a way of reflecting on their lives. Who and what has meant the most to you? What experiences and people changed your life? What would you like to leave behind, be it advice or property? What will people say about you at your funeral? Each contribution should be 650 words and reflect your own life experience and personality. To be part of the series, email myobituary @irishtimes.com

Ceili Fitzgerald (33) is the founder of Dare to Live, which offers retreats for women seeking purposeful change and happiness

She spent many years feeling unhappy and unfulfilled, and had to work at finding the self-belief and courage to ask for what she wanted. Others may have looked with envy at her beautiful townhouse and corporate career track in global finance, but Fitzgerald felt stifled. On the outside, she appeared to be a driven young woman, but she didn’t know who she really was. The year 2013 was a very difficult time for her.

So she changed things. It wasn’t an easy ride and meant dealing with a number of emotionally difficult situations. Fitzgerald’s motto was “feel the fear and do it anyway”, and she regarded leaving her HR job to develop the Dare to Live! retreat for women as her greatest achievement.

Since childhood, Fitzgerald had always wanted a Viking burial, so she got one. Many of her small group of close friends travelled great distances to say goodbye. The burial was held on a clear night under a sky full of stars as music played Gabriel’s Oboe from the film The Mission and Beethoven’s Moonlight Sonata.

These were followed by Chopin, reminding mourners of Fitzgerald’s inability to practise the piano more and her failure to complete her final two London School of Music exams in musical theatre. Similarly, she paid for a gym membership but never used it. Her best habit was that she made her bed every morning, even though she was untidy otherwise – a trait recalled by her boyfriend, Ken, a chef.

Her greatest loves were unexpected. They were not her boyfriend, nor her sister Cathy, who managed her business, her aunt Gayle, her 95-year-old grandmother; not even her beautiful Cavachon Matilda nor her cat, Bailey. No, those she had loved more than anyone were Wilbur, the pig from Charlotte’s Web, followed closely by Ariel from The Little Mermaid. As a child, Fitzgerald was convinced she could grow a mermaid’s tail when swimming underwater.

Her favourite childhood memory was of climbing to the top of Temple 5 in Tikal, Guatemala, on the heels of her father in the early morning. They had walked from their lodge before the sun rose, through the smells and sounds of the waking rainforest. It was thick with mist as they started up the temple steps, and, when they got to the top, a bald eagle swooped past, startled to see humans.

As to whom had loved her the most? She always said it was her mother, who cherished her more than anyone she had known. She also had a childhood friend, who passed away in 2013, who had loved her deeply, but unfortunately they fell out four years before the friend died. Her friend once told Fitzgerald that she was “the stars in the sky”.

She believed that her energy, or soul, constituted who she was in this life and would continue to exist after she died.

Her siblings said they wished that they had not lived most of their lives apart from each other, but that they had loved her regardless. Her sister described her as an “incredible and inspiring person”. She was passionate about encouraging women from all walks of life to follow their dreams and make them a reality.

To become a bush pilot in Botswana, after learning to fly a small aircraft. Travelling more and writing a memoir about her life.