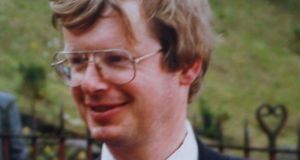 The historian Michael Hopkinson, who has died aged 72, made an immense contribution to the understanding of the Irish revolutionary decade, 1913-1923.

Born in 1944, he was the son of a Church of England clergyman and an only child; he grew up in Wolverhampton and went on to study modern history at Caius College Cambridge. He studied at Cambridge for his PhD on “The Irish Question in US Politics, 1919-22”.

In 1970 he moved to Queen’s University Belfast where he taught American history. In 1974 he took up a lectureship at Stirling University in Scotland where he later became reader in history; he remained there until his retirement in 2009.

While at Stirling, he taught Irish history and published his groundbreaking history of the Irish Civil War in 1988 under the title Green Against Green. As the political scientist Tom Garvin noted at the time, “Hopkinson has finally broken the taboo on research into this crucial event in Irish political history and has given us the first full-length, archive-based history of the Irish Civil War”.

Another historian of the revolutionary period, Michael Laffan, observed, “for decades historians of modern Ireland have avoided the Civil War, viewing it with apparent distaste and embarrassment”. Laffan also called it a “taboo-breaking study” which skilfully exploited newly available archival material. Hopkinson approached these new sources “in a thorough and rigorous fashion. While he is ready to praise and more frequently to criticise, his tone is always detached and his judgements fair”. The great strength of the book lay in its analysis of the military conduct of the war and its regional variations and as Hopkinson observed, he was “often forced to describe chaos”.

He also contributed the opening two chapters to volume seven of Oxford’s New History of Ireland in 2003, covering the Treaty and Civil War periods. He wrote highly regarded entries on Tom Barry, Erskine Childers and Michael Collins for the landmark Dictionary of Irish Biography, published by Cambridge University Press in 2009.

Brushing away the myths of Collins’s career, he noted mischievously but accurately that Collins had “a surer grasp of the limitations of his achievement than many of his biographers”. He concluded authoritatively that while, “Through all the speculation, hero-worshipping, and revisionism, Collins can still be regarded as the essential man in the winning of a large measure of Irish independence . . . there is little evidence that he had any great breadth of economic and social vision”.

In January 2015, UCD’s school of history and archives hosted a seminar to pay tribute to Hopkinson’s contribution to research on Irish history. At this event, UCD’s professor of modern Irish history, Diarmaid Ferriter, emphasised how much progress had been made in the previous 20 years in relation to an understanding of the dynamics underpinning the War of Independence and Civil War, due to advances made in the availability of research material.

While in Stirling he met his partner, Bernie McDougall, who died earlier this year. In 2003, he was visiting professor at the University of Western Australia.

In the early 2000s he and Bernie moved to the Lake District and ran a B&B and he commuted to Stirling. Modest, kind and understated, with a dry sense of humour, and devoted to his teaching, his other passion was sport; he was a fan of Wolverhampton Wanderers football club and travelled the world watching England play cricket.

Have yourself a home-spun Christmas
Real news has value SUBSCRIBE