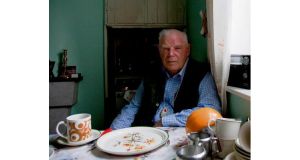 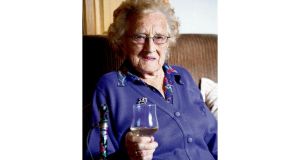 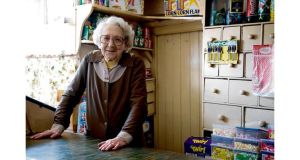 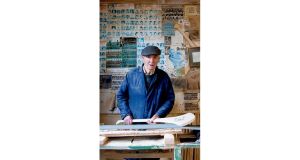 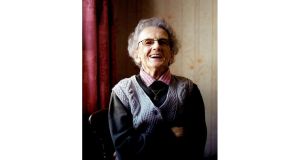 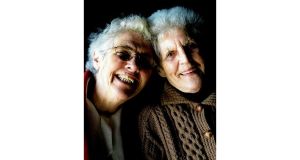 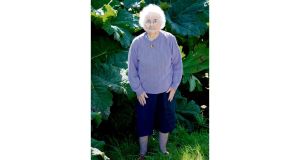 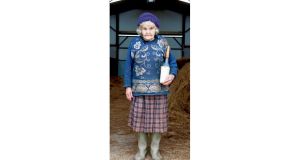 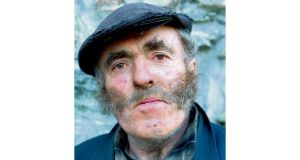 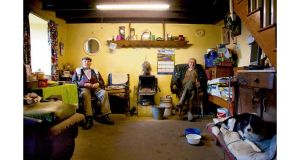 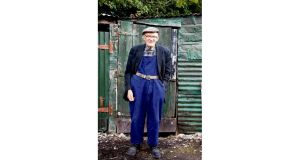 The voices, faces and stories of older people are at the heart of the Vanishing Ireland project, now into its fourth book in the series, writes TURTLE BUNBURY.

‘This area has been turned upside down,” says John Joe Conway, plucking the kettle off his Stanley range. “But, like a lot of the country areas, it came so gradual at first that no one took any notice.”

John Joe is talking about the small but dramatic changes in his community in the hills near Kilfenora in west Clare. Over the past decade, the school, the creamery and the shop have closed. And it’s not going to be long before the 78-year-old bachelor calls it a day on the 60-acre farm where he has bred pedigree shorthorns and draught horses for 50 years.

Being from Clare, music means much to him. “Oh the Lord yes, I am stone crazy mad for traditional music,” he says. “I played a tin whistle back in the past and I used to sing, with porter. Aye, when the medicine’s on me, I’ll sing Putting on the Style by Lonnie Donegan.”

During all of those decades, John Joe kept his eye out for a wife. “It was a pity for all the bachelors in this area that all the women left for England and America,” he muses. “Or else they married the bigger farmers. I suppose they were afraid of the drudgery of marrying a smaller farmer.”

John Joe is one of more than 300 people that James Fennell and I have met, interviewed and photographed over the past 13 years. What began as a relatively uncertain attempt to record the voices and faces of older people living in Co Carlow and Kildare evolved into the Vanishing Ireland project. Hachette will publish the fourth book in the series this autumn, while plans to expand the project to encompass the lives of the elderly Irish émigrés of New York are well under way.

For something as potentially ominous as the documentation of a disappearing way of life, the Vanishing Ireland project has been consistently uplifting ever since James and I set off on the first of umpteen road trips around Ireland.

It’s not all upbeat. As we drive across the four provinces, we battle with gloom and irritation as we pass through the towns and villages with boarded-up shopfronts, past the hideous developments that have strangled even the most charming villages, and along country roads blighted by rubbish.

I close my eyes and invite nostalgia to sail me back to the car drives of my childhood. Isolated cottages, perhaps thatched, mammy on the doorstep, beating a rug. I recall old men leaning against white-washed village walls. Some lanky, some short, peaky cloth hats, dark suits, dark boots, shooting the breeze, puffing pipes and cigarettes, a nod and a wink as the car goes by.

Gone now are the tailors, cobblers, bakers and creameries, or near as. Gone too are the farrier, the saddler, the harness-maker, the seamstress, the thatcher, the docker. Lord knows how many pubs and post offices have closed. Now we’ve kissed goodbye to nearly 100 Garda stations.

My glum mood on road trips is brightened by one of the old reliables that has made Ireland stand out for decades. And that is the extraordinary charm of the people we meet, 32 of whom are now to be seen in all their supersized glory on the inner walls of Burtown House. Nearly half have died since our encounter, but they are now immortalised in James’s photographs.

As I look at each one, I am reminded just how enchanting, courteous and friendly this generation was – and still is. Some people were eloquent; others indecipherable. Some hardly said a word. One or two didn’t draw breath. Some spoke profound truisms. Others invented everything as they went along.

These faces remind me that, while the age of thatch and cart-horse is well and truly over, there is still so much to learn from our elders. It is almost impossible for us to understand the challenges these people faced in their young lives: between the non-existent Irish economy, emigration and disease, child abuse, the legacy of war. Yet they were hard-wired to make it through to the modern age.