Motherhood has become a high-stakes endeavour, and it seems all of society has something to say about women’s child-rearing abilities 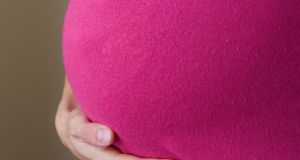 Prospective mothers, be warned. If you decide to go ahead and procreate, it won’t just be your progeny taking seed in your uterus, but the hopes, expectations, hang-ups and neuroses of an entire society.

Motherhood has become a loaded term. According to my dictionary, it can also be used as an adjective “having or relating to an inherent worthiness, justness or goodness that is obvious and unarguable”. No pressure.

The New York Times last week devoted an op-ed to this worrying new phenomenon. “Motherhood has been elevated – or perhaps demoted – to the realm of lifestyle, an all-encompassing identity with demands and expectations that eclipse everything else.”

So, new mothers, you may kid yourselves that once you have entered the sacred state of obvious and unarguable worthiness and goodness, your essential self will remain intact; you will amount to more than the sum of your swollen belly and the tikes tugging at your heels. But the rest of the world won’t see it like that. Medical professionals will stop calling you by your name and will refer to you as “mammy” or, somehow more creepily, “mummy”. Strangers will lecture you on the orthodontic implications of soothers. Waiters will glance at your bulging abdomen, and take your wine glass away unprompted (yes, this happened to me, and no, he didn’t get a tip).

The NYT article focused on the pressure on women to get their kids to kumon classes and teach them to paint with watercolour, but outside the middle-class bubble, the repercussions for failing to live up to these expectations can be somewhat more serious. In Britain, a mother is being sued by her local authority on behalf of her disabled daughter, for drinking while she was pregnant. In Iowa, a pregnant woman was arrested for attempted fetal homicide after she fell down a flight of stairs and confessed to a medic that she had at first been ambivalent about the baby. In Utah, a mentally ill woman who delayed having a Caesarean was arrested after one of her twins was stillborn.

The American writer Kim Brooks wrote an essay about her experience of being arrested and charged with contributing to the delinquency of a minor, after she left her four-year-old son alone in a car for a few minutes on a cool and cloudy day. (The child was unharmed and they had driven away before the police arrived, but she was found guilty anyway.)

It is ironic that at a time when having babies is safer than ever, motherhood has become such a fraught and high-stakes endeavour. Yes, these cases are extreme examples, but across the developed world, mummy issues are rife. In the media, when we’re not mythologising mothers, we’re scolding them for their choices, scrutinising their bodies, demonising the ones to who fail to achieve the state of obvious and unarguable worthiness.

It wasn’t like this for our mothers; it wasn’t even like this when I first embarked on the process nine years ago. I remember being taken aback the first time a friend swapped her Facebook avatar for one of her infant. Nowadays everyone seems to be at it, cheerfully colluding in the usurping of their own identities into the suffocating cult of motherhood.

But here’s the thing: we became parents; we didn’t join a sect. We may have had an episiotomy, but we didn’t have a lobotomy. So thanks for your concern, but there’s no need to point out that the baby is not wearing socks, needs her nails cut and is eating an iPad; we know, and are choosing to ignore it. Sometimes, we will live up to the dictionary definition and be good and right and worthy, but mostly we’ll fly by the seat of our M&S pants, getting a few things right and lots wrong. And unless our name is on your birth cert, please don’t call us “mammy”.

Taylor Swift’s video is no joke

Taylor Swift’s metamorphosis from ringleted, Shirley Temple-esque country singer, best known for chronicling her romantic misadventures with famous men, to global superstar and grown-up feminist commentator is complete. It’s now not just okay to like her, but, judging by the press reception for her latest video, it is almost mandatory.

Why, then, is it that the video for Blank Space, in which she knowingly pokes fun at her reputation, playing the furious girlfriend of a chap who has been texting other women, leaves me so cold?

I get the joke; I just don’t find it particularly funny. It might be the scene where she is shown stabbing things with a knife, or the one where she’s taking a golf club to a car (inspired, according to the video’s director, by stories surrounding Tiger Woods’s infidelity). Or it might be the lyrics that refer to “leaving you breathless or with a nasty scar” or how boys “only want love if it’s torture”.

I can’t help thinking that if the genders were reversed – or that if a music video took inspiration from a real-life violent incident involving golf clubs, in which the victim was a woman – no one else would find it clever and amusing.

The autopsy report on Robin Williams has revealed, heartbreakingly, that the actor was suffering from an undiagnosed illness that causes hallucinations and behavioural changes when he took his own life in August. Williams reportedly had Lewy body dementia, a condition that is often initially diagnosed as Parkinson’s, and can also cause depression.

There is speculation that the Parkinson’s medication he was on may have made these hallucinations more severe, and that this may have triggered his suicide. This seems to make his loss at once both more comprehensible, and more tragic.