How is it okay for a man to pay for your first-date dinner because he’s a man?

Women's writing for Women's Day: Dating coaches and experts will tell you women should never pay on dates but it’s a cringe-making custom

A couple participating in television show 'First Dates Ireland' discuss who should pay the bill following their date. Video: RTÉ

We can’t have it all ways, ladies. We can’t petition for feminism with built-in caveats like, ‘but I won’t pay for dinner’

There is a scene on many episodes of First Dates (the Irish version is back on our screens now), which for several reasons, I’ll refer to as the money shot. You know the one: the bill arrives to the table, resulting in a momentary standoff. The female dater mumbles a variant of, ‘I’ll happily contribute’, making a half-hearted reach for her purse. The male dater swats this away with ‘of course not, I’ll get this’. He rummages in his wallet. “You sure?” she sings, a careworn and well-rehearsed croon. She knows how this will end. Her purse remains unbothered. And the charade is over.

What happens next can be one of a few things: she buys the drinks later, she decides she likes him enough for a second date or – perhaps most gallingly of all – she doesn’t feel ‘a spark’.

There have been instances in First Dates’ several series where a man, espousing equality between the sexes, offers to go Dutch. It rarely goes well. These are usually the women who, in their introductory link, shamelessly simper about being ‘high maintenance’ as though it’s a good thing. “I just want to be treated like a lady,” they twinkle, because we all know that being a ‘lady’ means letting someone else pick up the fiscal slack, right?

This is a part of the show in which I cringe, occasionally chewing down on a cushion. How did we get here, to a point where it’s okay to automatically assume that it’s fine – expected even – for a complete stranger to pay for your dinner, simply because he’s born a man?

I suspect I’m in a minority on this one. Dating coaches and experts will intone that women should never pay on dates. “Don’t even think about going Dutch,” warned one recently, the forbidding way she might advise you to keep your feet off the dinner table, or leave your cat at home. “Practice being courted.” 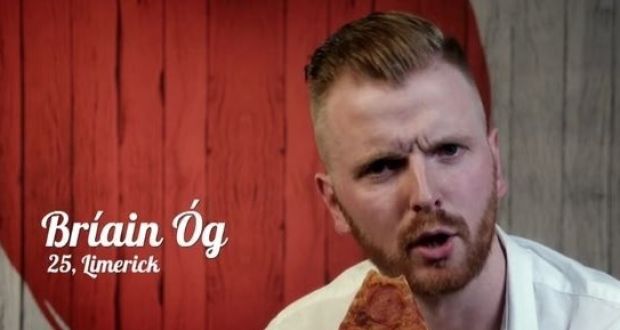 First Dates review You had to feel for cheery Bríain-Óg, his date was a no-show

The experts contend that letting a man pay is a way of allowing a man impress you. They feel accomplished, apparently when they show they can provide.

I decided to solicit opinion among friends. One pal made a stab for a good case, saying that she allows a man to pay on the first date if only to allow him to state his romantic feelings (paying, in other words, is code for ‘this is not a mate-date’). Another mentioned something about good old-fashioned manners. Yet another doesn’t want the hassle of doing the ‘mental maths’ (!). Someone else invoked a different defence: the gender pay gap in Ireland, currently at 14.4%.

One pal theorises that dating is expensive for women in other ways – the waxing, the preening, the blowdries.

Some theories are slightly more convincing than others, but it’s all still bunkum. Buying into the idea that a wax and blowdry precedes a couple of drinks also buys into ridiculously outdated ideas about gender roles. Why is a beauty regime now a mandatory part of things? Go have fun after your date if that is your wont. But leave the waxer out of it as though it’s some kind of state-imposed tax.

When a stranger buys me a drink at a bar, I have - like it or not - walked myself into a situation where the least he expects is my time and company. Mention you’re not interested, and the atmosphere shifts. The faint whiff of, ‘but I bought you that’ hangs fetid in the air.

You know what I want out of a date? Not an ostensibly liberated fifty-euro note that I’m now free to bung into the till at Peter Mark. I want parity; intellectual, emotional, fiscal. I want a buddy, not a white knight. A potential partnership. Pretending to be someone of lesser means than my date, just to score some chicken wings, doesn’t really do it for me. On some dates, I’ve paid for dinner, because circumstances allowed for it at the time. What’s more, I did it without the in-built expectation of a second date, or of feelings reciprocated.

We can’t have it all ways, ladies. We can’t petition for feminism with built-in caveats like, ‘but I won’t pay for dinner’. It’s not a la carte equality. And this is why some men baulk at feminism; because all they see are the ways in which women will benefit and move forward, and not enough ways in which they too are being let off the delineated gender role hook. Gender equality should work both ways. That means tossing out ideas that men are the strong providers, and women are happy, albeit in a few very specific circumstances, to let them be that. And getting some nosh at Unicorn is not going to change or remedy the gender gap. Not even close.

Lives Lost to Covid-19: Dick Lennon was a trade unionist and keen sportsman

Lives Lost to Covid-19: Ann O’Carroll – a fabulous person who cherished her family

Ann’s husband remembers his ‘soulmate’ as a ‘lovely, loving and gorgeous woman’