Old Moore’s Almanac predicted that a famous work of art would make headlines and a politician would have a Twitter event in February. And then there were the misses . . . 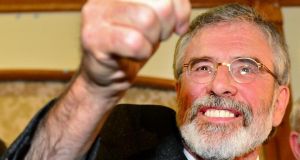 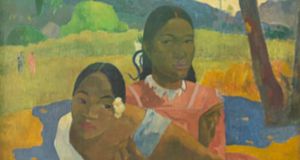 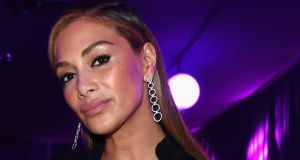 WRONG Nicole Scherzinger was certainly in the news, but not because of a baby. Photograph: Jamie McCarthy/Getty Images for EJAF

Old Moore has spoken, and February is over. So how did he do in the predictions for Old Moore’s Almanac for the second month of the year?

‘Very famous artwork in the news’

That would be the sale of Paul Gauguin’s Nafea Faa Ipoipo (or When Will You Marry?) for the astonishing sum of €265 million. It became the most expensive piece of art ever sold, when it was sold to a museum in Qatar last month (the buyer was not officially confirmed, but Qatar is where it has gone by all accounts, most likely by private jet). That’s a piece of hand luggage you don’t want to leave behind in duty free or your overhead locker. It was painted in 1892, and was previously owned by a collector in Switzerland. If you have ever daydreamed about what you would buy with €265 million, now you have an idea of what it can buy.

‘Birdlife under the microscope’

This was one of the Irish-specific predictions. If we take “under the microscope” to be Old Moore

-speak for “in the news”, this proved to be sadly true. At the beginning of February, Heather, a hen harrier that had been satellite tagged two years ago and tracked remotely by the National Parks and Wildlife Service, was found shot dead in Kerry. The bird of prey had been followed online by thousands, including schoolchildren. A protected species, the bird was killed illegally by someone as yet unknown.

This was also in the Ireland predictions.

We learned last month that Gerry Adams is fond of trampolining naked. “The dog does it with me,” he told Newstalk. “It saves me taking him for a walk when I go away. We go out and bounce for a while.”

This curious revelation made news far beyond Ireland. “Mr Adams has become known as a frequent – and slightly surreal – user of social media. He frequently publishes pictures of his dogs, although none of them trampolining. Yet,” the Telegraph noted, with fastidious tongue in fascinated cheek.

Twitter went quite bonkers over it. The news spread as far as New Zealand, and in the US the Huffington Post picked it up, where it was read by many. In all of the coverage, however, nobody seems to have reported the name of the trampolining dog. I think we should be told.

‘Snow in a weird place at a weird time’

If you live in Boston or Massachusetts, you’ll know snow at this time of year isn’t weird. But what is weird are the vast quantities that have dropped from the skies in

Boston during February. Everything stopped for a while: the transport system shut down, schools and colleges closed, shops didn’t open. Photographs of front doors being opened to perfect, cast-like imprints in snow on the other side went around the internet. And Bostonians shovelled snow. They’re still shovelling their way out of their own private, city-sized snow globe.

‘Kirk Douglas in the news’

Yes he is. Well, he’s in the notorious National Enquirer anyway. Kirk, dad of Michael, is 98. He’s in the news because he apparently

wants to travel across the United States from Los Angeles to see his grandson, Cameron. His grandson can’t come to him, because he’s been in jail since 2010 for drug-trafficking offences. He is not due to be released until 2017, by which time Kirk will be 100. Kirk’s doctors are warning him against the journey, but he has plans for a trip in mid-March.

‘Aussie airline Qantas in the news’

Yes, that’s true, and thankfully, the airline is not in the news because of a missing or crashed aircraft. It is making headlines because apparently it is profitable again. Last year, it posted its worst ever figures: it lost $2.8 billion for the first part of 2014. Yet now it has, ahem, boomeranged back into the black.

Now, that’s what I call a sneaky prediction. It’s not specific to February. Also, I know nothing about stock markets, apart from what I learned by watching Enron some years ago.

Where do you begin? The three men who were jailed last month for breaching a High Court injunction that banned them from going within 20m of water meter installers decided to temporarily go on hunger strike in protest when they were moved from Mountjoy Prison to Wheatfield Prison.

Old Moore seems to be very interested in women in the public eye having babies. Or not, as the case may be. For February, he was quite sure Anne Hathaway was having a baby. And that “Paris Hilton or Nicky Hilton or both have a baby” (but presumably not the same baby). And also, that there would be news of “a pregnancy for Nicole Scherzinger”. That’s four babies.

In the event, not having the mobile phone numbers for any of the four above, I can’t confirm the existence of said babies, but Google tells me that no stork has arrived at the Hathaway or Hilton homes. As for poor Nicole Scherzinger, she was certainly in the news, but not because of a baby. Last month, she split up with her fiance, Lewis Hamilton, a Formula One driver. It’s not that long since they got engaged (an engagement that was blessed by Pope Francis himself).

‘Joan Burton has a headache’

I am not a betting person, but I will happily bet something that Joan Burton endured several headaches last month. If our Tánaiste is reading this, and if you are afflicted with a headache, I recommend lying down in a quiet room, with a cold wet flannel across the forehead.

MARCHING ON: OLD MOORE’S PREDICTIONS FOR THIS MONTH