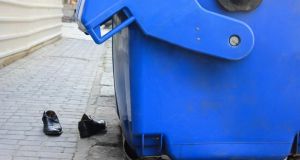 In the mid 1990s a French friend and I decided we’d hitch from Dublin to Istanbul. In 48 hours we made it to Budapest and with cheap trains we decided to leave the road behind. It wasn’t a direct line - we had a six-hour stop in Sofia, the capital of Bulgaria. With our rucksacks on our back we toured the city. We were quickly joined by a French- and English-speaking student, allegedly Moroccan. He showed us around, bought lunch, took photos.

Then, in a public park, he offered us a cake that he claimed we could only get in Sofia. It tasted bitter but out of politeness we ate it. We quickly felt dizzy. Suddenly, 18 hours had passed and we woke in a police cell; a bottle of coke, a pile of cigarettes and a bleary-eyed translator waiting for us across a table. Everything was gone: our shoes, glasses, passports, rucksacks – even my leather belt. Local people found us unconscious in the mountains, some 20km outside the city, and called the police.

The scam was explained: the drugged cake, dumb tourists, how we were lucky to be alive. From there we were taken to embassies. My friend to the French embassy, me to the British. When we arrived a security guard saw me walking barefoot and took off his shoes and gave them to me. Still confused and a bit lost, I took them without a word.

For the next four days I walked Sofia in his over-sized shoes as we waited for travel documents and cash to arrive. When they did I immediately bought a pair of shoes that fit. My big regret? I threw the security guard’s shoes in a street bin. I thought nothing of it until I got home and a wave of shame washed over me. I should have brought them back. I should have thanked him. Even now I think of travelling there with a great pair of handmade shoes, track him down and give them to him as a gift … but I’m still ashamed to tell this stranger what I did.