Editor passionate about newspapers and angling 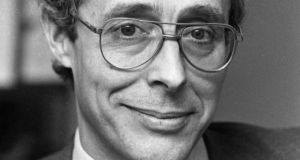 Peter Carvosso, who has died aged 67, was a dedicated angler and a distinguished journalist. Jokingly, he would sometimes list his skills in that order.

But those who worked with him at the Herald and the Irish Independent never had any doubt that he was, above all else, a newspaper man who loved his trade. He accepted the move to online technology but his heart remained with ink and newsprint, the battle to meet deadlines and magic of a perfect headline.

Ironically, for a man with no great love of computers, he played a significant role in moving Independent Newspapers from hot metal production to what was then new technology, leading the team which oversaw the change on the editorial side.

Carvosso was born in Bristol but raised in Plaistow in east London where he became an avid supporter of West Ham United. “To be a true fan, you have to suffer,” he would moan to colleagues as the Saturday results rolled in.

He began work as a reporter on his local paper, the East London Advertiser, but soon moved to Fleet Street and from reporting to sub-editing.

Sub-editors were the kings of Fleet Street at the time, shaping popular newspapers with their page designs and setting the tone with headlines and rewrites. Casrvoso flourished in this competitive atmosphere, working on the Sunday Express and then the Evening Standard.

His move to Dublin in 1979 surprised Fleet Street colleagues since he had no obvious connection with Ireland. But he had a plan to combine his two great passions. “Yeah, Fleet Street was great,” he would tell colleagues. “But it’s hard to beat the fishing here.” He combined those passions in a popular angling column in the Evening Herald.

Carvosso was the Herald’s features editor, then deputy editor, for 12 years. He moved to the Irish Independent by way of a short spell leading the editorial team which took the paper from hot metal print to computer production in the early 1990s. For a man with an aversion to computers it seemed like a piece of mis-casting. This delighted Carvosso whose favourite character in literature was William Boot, the nature notes writer mistakenly sent to cover a war in Evelyn Waugh’s Scoop.

Carvosso’s skill was in handling people, not computers. He guided his team through a stressful period but was happy to get back to, as he said, real journalism, becoming features editor of the Irish Independent in 1992. He helped establish the paper’s Weekend Review and later, as that section grew, became its full-time editor. He was mentor and guide to many young journalists.

In The Irish Times of January 13th he wrote about the motor neurone disease which would soon claim his life: “For the moment I’m happy that I can still move my arms enough to put them around my wife, squeeze her and pretend for a few moments that nothing is wrong.”

Peter Carvosso was predeceased by his first wife, Phillipa, who died in 2002, and is survived by his widow and his son, Ben, granddaughter Anne and brothers Paul and John.

The beginning of the end: 10 things to know about Covid-19 vaccines
10