I’m at my sanest, most intuitive and most invincible when I have my period 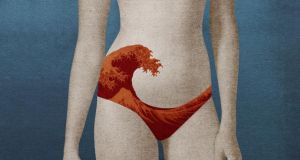 “I relish the surge of cold, clinical fury I feel when someone cuts me off in traffic or tweets something nasty at me. I reckon I’m at my sanest, most intuitive and most invincible for that one week a month.”

Fair warning to those of you of a squeamish disposition, but I’m going to talk about periods. That’s right. Menstruation. That time of the month, if you insist. The curse, if you really must. (Not Aunty Flo, though, I beseech you.) Still here? Still standing? No palpitations? Okay, let’s crack on.

According to one recent study of 90,000 people in 190 countries, there are more than 5,000 different euphemisms enabling us to circumvent the horror of ever having to say the word “period”.

Oddly, in both liberal Denmark and France, they talk about periods almost exclusively in code. Der Er Kommunister i Lysthuset, say the Danes grimly. There are communists in the funhouse. Les Anglais ont debarqué is one French version: the English have landed. Full credit for managing to be simultaneously prudish and xenophobic, but there will be no euphemisms here. I think it’s time we stopped being so bloody coy. And there are promising signs I’m not alone.

There was the singer Mary Coughlan on RTÉ’s Cutting Edge a couple of weeks ago, talking about menstruation as though – imagine! – it was a perfectly normal phenomenon: a recurring monthly event for half the population, for half their lives, remarkable only for its occasional absences.

Then along came the new Bodyform ad, which has ditched the blue liquid beloved of generations of tampon peddlers, in favour of a brazen shade of crimson red – because as Bodyform pointed out in a recent tweet, “Contrary to popular belief, women don’t bleed blue liquid, they bleed blood. Periods are normal. Showing them should be too. #bloodnormal”. In one brief scene, a watery trickle of what looks like actual human blood runs down the inside of a woman’s leg, or maybe it’s her armpit, in the shower. It is, despite how it sounds, strangely beautiful.

I grew up in a house where, despite there being a ratio of two females to four males, menstruation was not treated like a shameful secret. No-one ever had “the curse”. When tampons were required, they were bought and left on the kitchen table with the rest of the shopping. There were no snarky remarks about moody women: instead there was kindness and cups of tea and leeway made for hormonal storms. I was led to believe that periods were normal, nothing to be embarrassed about.

I only discovered how wildly out of tune we were with the rest of the world when I emerged into the world, a living, breathing, messily menstruating woman.

After years and years of hormones dulled by the contraceptive pill, I like how I feel when I’m 'on my period'.

“Are you on your period?” boys would ask sneeringly, Donald Trump-style, once they discovered it was an effective way to silence a girl who was besting them in an argument. As teenagers, we talked only in euphemisms. We slipped tampons to one another like they were packages of cocaine. At work, I once made the dire mistake of using the word “period” aloud in a meeting and watched as the older men in the room turned green.

After years and years of hormones dulled by the contraceptive pill, I like how I feel when I’m “on my period”. Apart from the cramps, the headaches, the sleeplessness, the spots and increasingly, as I inch inexorably towards my mid 40s, the nausea, I enjoy the brief reprieve I get from worrying about what people think. I relish the surge of cold, clinical fury I feel when someone cuts me off in traffic or tweets something nasty at me. I reckon I’m at my sanest, most intuitive and most invincible for that one week a month. If I’m ever befuddled by hormones, it’s the rest of the time, when I’m tying myself in knots with the fear of offending people.

If men had periods, my friend, a wise yoga teacher, and I decided as we walked along the cliffs a while ago, they wouldn’t see PMT as a problem to be fixed, a madness to be glossed over or apologised for. They’d embrace it. They’d rename it The Rage. Don’t mess with me, I’ve got The Rage, they’d say. They’d delay all important negotiations until they were filled with The Rage. They’d tell war stories about their most epic Rages over pints. Yes, they’d say on the phone, I’d love to come on telly and debate George Hook, but can we wait til next week when I’ll have my period?

Oh super, the researcher would reply. You’ll have The Rage. I’ll pencil you in.

If men had periods, we agreed sadly, tampons would be given out free.

The yoga teacher later sent me a chart rebranding PMT as “positive menstrual time”. The chart includes a quote from the psychotherapist and menstrual health educator, Alexandra Pope, which suggests that, by treating menstruation as something to be hidden and ashamed of, we’re depriving girls and women of a source of wisdom and “an ally for negotiating life”.

That’s why I don’t think we should stop at tackling the period taboo. We need to go further, and embrace it as what it is: a monthly reminder of how powerful women can be when we’re not allowing ourselves to be shamed.

Don’t mess with me. I’ve got The Rage.