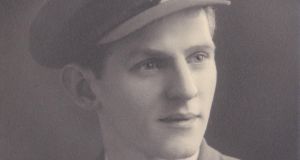 During the second World War, Bill McCrea, who has died aged 94, devised an innovative way of informing his family that against the odds he had flown his Lancaster bomber back from yet another raid over Europe.

As a pilot with RAF Bomber Command McCrea was one of a minority of officers to survive a full tour of duty. Of 125,000 Bomber Command aircrew 55,000 were killed, a further 8,500 wounded and 10,000 became prisoners of war.

Statistically, there was little prospect of surviving a tour of 30 operations. By 1943 only one in six would live to see the completion of a full tour.

William McCrea was one of the lucky ones. After every successful mission he would circumvent the censors by telegramming his mother happy birthday wishes, thus letting her know he had survived another mission.

McCrea left his mark both as an RAF pilot and as a top-class amateur golfer, sometimes managing to combine the two activities. He was involved in some of the biggest raids of the war including the attacks on Hamburg, in which 45,000 people were killed. Tragedy He viewed this as a “terrible tragedy” for the people of the city, but added that “they were at war, he was a pilot officer, and his job was to get his plane and crew home”.

Perhaps understandably he didn’t speak much of his war time experiences until his grandson, Stuart, badgered him into opening up. He eventually wrote a book, A Chequer-Board of Nights, which he dedicated to his Bomber Command colleagues who died in the war. It was also the subject of a short film.

McCrea was awarded the Distinguished Flying Cross for valour. His citation reads “On the night of May 4th 1943 when returning from an attack on the Ruhr his aircraft was intercepted by a fighter. A prolonged combat ensued, but coolly and skilfully pilot officer McCrea finally succeeded in outmanoeuvring his adversary. The bomber sustained much damage but the pilot flew it safely to base.”

William Earnest McCrea was born in Ramelton, Co Donegal in 1921. After his wartime experience he resumed his studies at Queen’s University, Belfast, and rejoined the RAF as an education officer in 1948.

Much of his career coincided with that of RAF golfing legend, fellow Irish international and great friend, Cecil Beamish, one of the four sporting Beamish brothers who served in the RAF. Competition success McCrea was an amateur international between 1965 and 1967, debuting for Ireland at the age of 44. Among many successes he won the Austrian Amateur Open in 1965 and the Dutch Open in1966.

McCrea retired as an RAF wing commander in 1972 to become secretary at Walton Heath golf club in Surrey, helping transform it from a struggling to a top club. While there he played a major part in staging three European Open championships as well as the Ryder Cup in 1981.

That European team featured the likes of Eamonn Darcy, Des Smyth, Nick Faldo and Bernhard Langer. But they were up against an American team in its pomp with greats such as Jack Nicklaus, Tom Watson, Lee Trevino, Johnny Miller and Ben Crenshaw and were hammered 18½ points to 9½ points.

In his eulogy John McCrea, who caddied for him and also played with him in fathers and sons competitions, said of his father, “I am still amazed at how good he was under pressure; you could never count him out until the hole was over.”

Bill McCrea was predeceased in August 2012 by his wife of 68 years, Gwyneth, and is survived by his son, John, daughter, Sheelagh, grandchildren, Stuart and Sarah, brothers, Hugh and Basil, and sister, Emmeline.

Basil McCrea, a member of the Northern Ireland Assembly, is his nephew.

Gardening for beginners: How to sow and grow for the first time
4