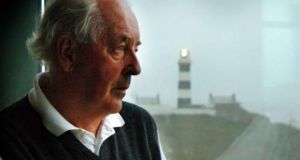 If a golf links could be described as a monument to one man, the spectacular course on the Old Head of Kinsale will long be remembered as the brainchild of John O’Connor, a Kerry-born businessman who has died at the age of 69, having created it in the teeth of virulent opposition.

Jutting into the Atlantic and protected by craggy cliffs on the Cork coast, the challenging course has been played by former US president Bill Clinton and by Tiger Woods. O’Connor aimed to establish it as one of the top 10 international courses and ultimately the world’s premier golf club.

The €19 million “rush of blood to the head” – as he once described the decision to buy the land – is now rated in the top 100 golf courses in the world.

From boyhood days on his father’s small farm near Glencar in Co Kerry, he spoke fluent Irish and after early schooling in Kerry went to Gaelscoil Coláiste Mhuire in Dublin. He then emigrated to Canada and the US, establishing a highly successful property development company with his brother Patrick.

Driving force
He married four times and – while the Old Head was to become a driving force in his life – his heart was in Kerry, where he had bought a cottage at Ballinskelligs in the early 1970s. Over the years he bought surrounding lands, planting gardens of exotic trees and shrubs.

Long before the Old Head course opened in 1997, the idea of creating a golf course there had drawn intense opposition from local environmentalists, ramblers, bird and whale watchers and a myriad of other protesters.

Cork County Council and An Bord Pleanála moved to give the public right of access through the headland.

However, having been born on a whim, the golf course concept had firmly taken root. Bunkers and greens were shaped, fairways were carved amid the gorse and maritime grasses were planted in the thousands.

Supreme Court victory
Despite picnic protests by demonstrators in what became known as a “latter-day Battle of Kinsale”, O’Connor’s belief in the project was vindicated when the Supreme Court ruled that right of access was “manifestly unreasonable”. As the judge put it, golf and rambling did not mix. Since then, the O’Connor brothers have granted anglers, bird-watchers and whale watchers access to the cliffs by prior arrangement.

Exclusive image
The reputation of the spectacular course grew steadily but, after 9/11 and the ensuing downturn in international tourism, fewer Americans were to be seen swinging golf clubs on the famous green sward.

O’Connor strenuously rejected charges in local golfing circles that “no Irish need apply”, insisting that membership of the club was not confined to ex-pats and foreigners. He was unapologetic about the exclusive image of the Old Head, where international members pay €30,000 and green fees cost €200.

He is survived by his son Benjamin, brother Patrick, sisters Sheila and Margaret, and partner Rebecca.