Behind the News: Eileen Finnegan, psychotherapist

Many young sex offenders began by downloading internet images of children being abused, according to One in Four, whose treatment services now extend to abusers 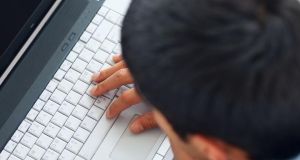 Most families unconsciously protect a sex offender living in their homes because they are terrified of society’s response, according to Eileen Finnegan, who as well as being a psychotherapist is clinical director of Phoenix, a sex-offender treatment programme run by the charity One in Four.

She says that One in Four, which was set up for people who were abused, began treating sex offenders six years ago because people who were sexually abused needed to find ways to understand why close family members had abused them. “We also needed sex offenders to know what they did was wrong,” she says.

One in Four says a lot of young sex offenders began by downloading images of children being abused. “Some of them don’t see this as a big deal, because they didn’t touch anyone. They don’t [think about] the fact that another child is being abused because they watched this . . .

“Research is showing that we shouldn’t deal differently with internet sex offenders and contact sex offenders, because there is overlap between both groups. We also must remember that every one of them has only come to us because they have been caught.”

Last year One in Four treated 30 male sex offenders, several of whom began to abuse, usually in the family, at the age of 13 or 14. One in Four also says that most of the victims had been abused in their own families and neighbourhoods rather than by strangers.

No single indicator points to someone becoming an abuser, according to Finnegan. Common factors include low self-esteem in puberty, lack of social skills, long hours on the internet, use of social media, oversexualised language and wanting to be very sexual at a young age. “They find it hard to concentrate in school, because their relationship is with the screen. They are unable to form attachments and be in intimate relationships.”

In treatment, the offenders embark on an 18-month programme that challenges them to understand the harm they have done, to gain insight into the thoughts and behaviours that triggered their abuse and to learn to build a lifestyle that keeps children safe.

When an offender starts treatment One in Four informs Tusla – the new Child and Family Agency – and the Garda. “We also require a support person who will take responsibility for any risk they see, for example if they see the person not going out, not having friends, being in a low mood. Young men have the highest rate of repeat offences without treatment.”

Finnegan says that we should talk more about what children are looking at on their screens. “We need to start that conversation about the pressures on parents to get phones and get internet access for young people. We need to get back to basics and give people back the power to support alternatives like getting young people involved in sport.”

Some people have asked her how she can work with abusers. “I say that ‘as long as you [an offender] are looking at me, you’ve your back to children.’ People think that offenders are out there, not people they know. But, somewhere along the line, we’ll hear of someone who’s been an abuser . . .

“The therapeutic relationship is a model of what a healthy relationship could look like. Sex offenders have a hunger for that level of care. On some level we need to take responsibility as a society that we’ve failed these people too.”