A fresh start: spring clean your house and your life

It’s the season of renewal and good intentions, but whatever you do, do it your own way, advises New Yorker Gretchen Rubin in her new self-improvement guide 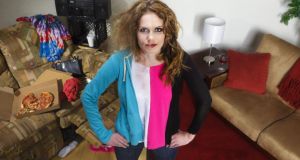 Abstainer or moderator? Rebel or upholder? Questioner or obliger? Only you know what categories you fall into and what is the best way for you to get rid of bad habits, according to Gretchen Rubin. Photograph: Rich Legg/Getty Images 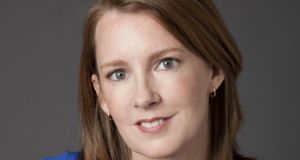 If there is one message to be taken from Gretchen Rubin’s latest self-improvement guide, 'Better Than Before: Mastering the Habits of our Everyday Lives', it is this: we are all unique when it comes to forming good habits.

Springtime. More light means you can see the cobwebs. And the dust. And the stains on the furniture. And the boxes of papers you meant to organise. Crumbs in the corner, not just in the kitchen but in your precious mental space.

Filtering through all that stuff takes time, especially when you’re busy on the way to work and tired when you get home. The wardrobes are so cluttered that people leave their clothes on banisters and chairs rather than hanging up a coat.

You want to be out and about enjoying the long evenings unfettered by the baggage of the previous winter. You want a fresh start.

What’s harder to see is that this detritus of winter is the result of your own habits. Do you clean a little every day, or rarely? Do you monitor your calorie intake with every meal, or wait for the major wake-up call? Do you get rid of things you don’t need by the week, or wait until your house is bulging?

If there is one message to be taken from Gretchen Rubin’s latest self-improvement guide, Better Than Before: Mastering the Habits of our Everyday Lives, it is this: we are all unique when it comes to forming good habits. Your collection is my clutter; your ice cream in the fridge is my nemesis; your passionate weekend with Dettol and a duster is my nightmare.

“Never let anyone else tell you how to take up a new habit,” she adds, backed up by copious footnotes about habit-forming and habit-breaking, a research area that has remained lively ever since the publication of Steve Covey’s The Seven Habits of Highly Successful People, first published in 1989.

Rubin, author of two long-running New York Times bestselling books about happiness – The Happiness Project and Happier at Home, which by their very existence tell us how rare happiness can be – has brought her theory of contentment to the microlevel. She’s all about organising drawers and coat closets and resisting fattening foods, while questioning our motives, methods and madness when it comes to living with physical and mental clutter.

Speaking from her New York apartment, where storage space is scant, she also says some people are underbuyers, like her, and others are overbuyers whose the freezer is always overstuffed. Discover what sort of habit-maker you are, and change accordingly. This could happen overnight or over months, depending on whether you’re a sprinter, who wants it all done in one weekend, or a marathoner, who plans to “spring clean” over weeks.

The former lawyer researched and wrote the book while sitting in a tracksuit in her New York apartment and worrying about organising her children’s many messages from school, found in the bottom of a backpack, into one single folder. As an underbuyer, spending money on folders was a major decision for her, although she congratulated herself when they were decorated, of course, with drawings by the children.

First-world problems, you could say, but there is common sense in her argument that bad habits, and the struggle to overcome bad habits, can be so frustrating as to paralyse you into doing nothing.

The problem is that making new habits is very individual. Rubin advises that you find out what sort of habit-former you are first. How do you accomplish this? Don’t listen to your friends, your mother, your partner or anyone.

“In my investigation of habits, I’d focused on the individual. The only person we can change is ourselves, and how we command ourselves is the only question that interests me,” says Rubin.

“Go to the gym, you’ll feel better” is not good advice in her view, as warmer weather makes us notice the winter weight gain. “To me it seems better to say ‘At this point, I’m not going to worry about exercising’ than to keep saying ‘I should exercise’ but then never do it. Either way, you’re not exercising, but because you have clarity about what you’re doing, you feel in control. And you won’t drain yourself feeling bad about it.”

When you’re seeking a spring-clean of your health or your house, or both, you will probably take one of two approaches, depending on your personality. Some people thrive when they change everything at once, on one day, in a fresh spring hurricane of transformation. They’ll declutter the house, start the daily walk and give up sugar all at once. It works for them.

These people are the “abstainers”, who will say “get a skip and get rid of everything” or “just stop eating chocolate and you won’t want it any more”. The moderators say “take your time clearing out” and that “one square of dark chocolate a day is good for you”.

But are you an “abstainer” or a “moderator”? Nobody knows but you.

Rubin is an “abstainer”. Her theory: “Good habits free us from decision-making and self-control. Quitting is easier than moderating.” For her, it’s easier to give something up completely than to do it in increments, a method she illustrates in her book with the story of a friend trying to give up wine, who has to renegotiate her marriage entirely in order to keep the bottle at bay.

Rubin says she doesn’t want to decide at every turn whether she still needs sugar. For her, it’s liberating to cut it out entirely.

“Habits make some people feel trapped, others feel liberated,” says Rubin. Why? “Rebels” are people who just don’t like habits and rules. They want to reorganise every day as it comes and greet each challenge anew. For most of us, the very thought of having to battle self-control anew every day is exhausting, rather than exhilarating. “It’s hard work being a rebel,” she says.

Quoting Freud, she calls these the“Four Fateful Tendencies”, which colour the way we see the world.

“There’s no point telling a night person that they should go to the gym before work in the morning. They’re not going to do it,” she says.

There are four foundation habits, in her view that involve self-mastery and self-control. These are: eating and drinking; sleep; exercise; and “uncluttering”. You could choose one of these to change, or change them all at once.

“Some people want to do everything all at once, while others need to build up to that accomplishment,” says Rubin.

The important thing, she believes, is that you set yourself up for success. “When have you succeeded in the past? Was there a time you could do this without worrying about it? Think about the times when you could eat healthily and get enough sleep. People get discouraged because they didn’t set themselves up right,” she says.

There is nothing like uncluttering your environment to give a boost at this time of year. “How does uncluttering help? It’s a mystery,” Rubin says,

“It’s very curious, the degree to which people are affected by clutter. Getting rid of clutter and things you don’t use creates a disproportionate effect of creative energy,” she says.

While decluttering this spring, don’t expect everyone in your world to cooperate. “Begin with yourself and declutter all you can, and often. Other people may fall into it,” Rubin advises. That skip may be outside the house for a week before other family members start to follow suit, but the very fact that you are trying on your own little patch of clutter will inspire them.

Forcing others to go along with your enthusiasm will have the opposite effect, Rubin says. “If you’re stuck with one of a hardcore group, someone who likes clutter, nagging doesn’t work. It’s the same whether it’s clutter, eating habits or exercise.”

“The big lesson is that there’s no magic or one-size-fits-all solution,” says Rubin. “Start small and don’t work from anyone else’s advice. “ Better Than Before: Mastering the Habits of our Everyday Lives, by Gretchen Rubin, is published by Two Roads