15 years of Ann Summers: has the sky fallen in?

When plans for an Ann Summers shop on O’Connell Street first came to light, chief executive Jacqueline Gold got a bullet in the post. How times have changed 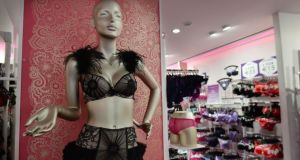 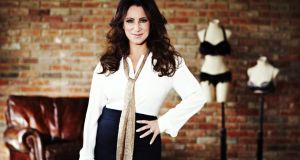 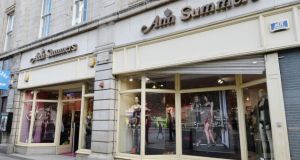 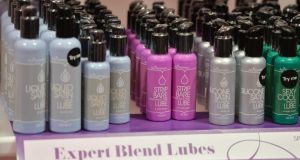 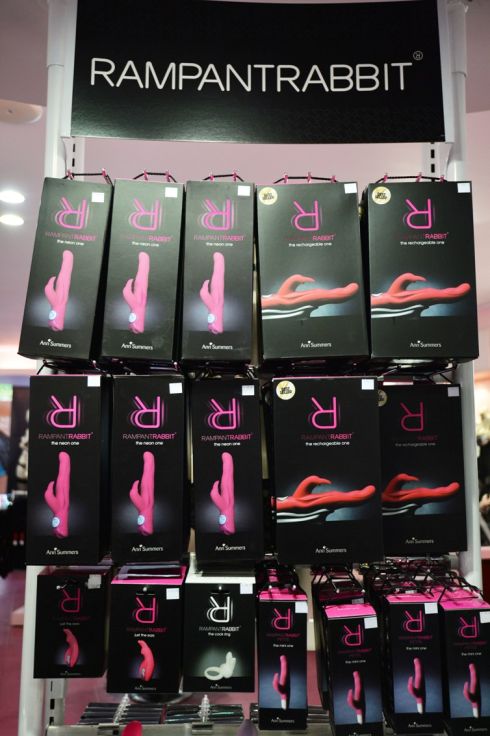 It’s been 15 years since the Ann Summers “pleasure emporium” opened its doors in Dublin. Has the peddling of chocolate willies, vibrators, lingerie and lubes done any damage to the nation’s place in the hearts or the minds of its people or its visitors? Has the sky fallen in? The tourists still come, it seems. Irish people still go about their business. Sex still happens. Or it doesn’t, depending on how lucky you are.

Lest anyone forget, 15 years ago voices were raised in protest at the very thought of a “sex shop” opening on this grand and historic thoroughfare opposite the General Post Office in O’Connell Street.

Tom Coffey, then chief executive of Dublin City Centre Traders’ Association, said the planned shop was “inappropriate” for the location. “The issue here is that O’Connell Street is the main street of our capital city. We hold the St Patrick’s Day parade in it. It is the image [abroad] for the country.”

The street’s bus routes meant that large numbers of passengers, including children, passed through it daily, said Coffey. The shop would be more suited to a different street, he said, adding that for a British company to suggest such a site showed “a lack of sensitivity”.

Jacqueline Gold is the chief executive of Ann Summers. Does she remember the controversy?

“Oh, absolutely I can remember. It was a really big moment in my career.”

Ann Summers was doing really well in Ireland, says Gold. Party sales, where products are sold to women in their own homes (think Tupperware with knobs on), were much higher than in the UK, “and I felt that opening a store was the right thing to do. So we looked for a premises, and we found a store on O’Connell Street. 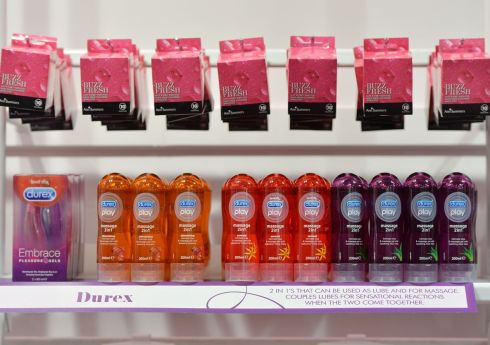 Trying to stop us

“The corporation contacted us even before we had signed any contracts, so we felt they were desperately trying to stop us going there,” she says.

Concerned that they just didn’t get it, and eager to help them to understand what Ann Summers did, she “invited the corporation over”. A delegation went on tours of some shops and met staff, Gold recalls. In the afternoon they met with Gold in her boardroom.

“The meeting went on for about an hour, and it was very obvious to me that they weren’t really interested in understanding why we were opening a store in Ireland. I think they had their own agenda.

“I even remember what they said when I said that: ‘We do have our own agenda, and if you go ahead with this store, then we can’t be responsible for what might happen.’ ”

Totally unconnected with this visit – but supremely sinister for a woman used to selling bra and suspender sets – Gold received a most unwelcome gift.

“A week before the store opened, we had lots of negative publicity and I got sent a bullet in the post.” She recalls the text that accompanied the bullet: “If you set up on our main street, you’ll need very heavy security,” it said.

“I did think about not going ahead, but I felt that I was being bullied, so I did decide to go ahead with the opening.”

She is glad she did.

Ann Summers has 140 shops in Britain and Ireland (there’s another one in Cork and one in Belfast), proving conclusively, one might think, that Irish women and men are sexing up their dossiers. The O’Connell Street store is one of Ann Summers’ top three performing stores. 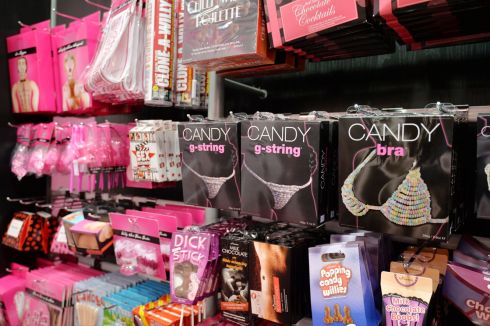 The ground has shifted

Alison Begas, chief executive of the Dublin Well Woman Centre, has no doubt the ground has shifted over the past 15 years.

“I think that women are certainly more open to discussing issues around sex and sexual behaviour. They are with us anyway. We’re all women, and we’re unshockable.

“Irish women are much more aware of sex, of sexual fulfilment and of different sexual practices,” she says.

Rather than tearing down the statues of Irish history and culture, Begas thinks the “opening of Ann Summers and the success of 50 Shades of Grey has led to greater openness and the sense that sex can be fun”.

However, it’s not all penis-shaped pasta and roses. “We’ve come a long way, but there’s still a long way to go in terms of reproductive rights for women,” says Begas.

“My passion is female empowerment, both in the bedroom and in the boardroom.”

As for claims that, as a British company, Ann Summers was showing a “lack of sensitivity” by darkening the door of this post-colonial Catholic nation, Gold says that Irish women – and men – have voted with their wallets.

“All I ever wanted to do was empower women in the bedroom. I just wanted you to be able to buy sexy underwear on the high street. Before, if a woman wanted to spice up her sex life, she had to go to a sleazy back-street sex shop.”

Gold was determined to spice up our lives in full view. Hence her main-drag approach with the O’Connell Street store. It appears to be working.

On weekdays, 80 per cent of Ann Summers customers are women, she says. Then, proving there is definitely “something for the weekend”, it’s 50-50 male-to-female customers on Saturdays and Sundays.

“Our stores have gone from raincoat brigade to empowered female visitors,” says a chuffed Gold. Her neighbours at John Brereton Jewellers on O’Connell Street agree. Ann Summers has brought custom to the whole street, they say. And they are men and women.

“When it opened,” the jeweller says, “you would have thought the ground would have opened up and we’d all go to hell, but time goes on. People don’t run in and out of the Ann Summers shop now, they walk straight in. The embarrassment has gone. And that’s a good thing.”

What Ann Summers sells here is “no different from what we sell in England,” says Gold. (Although there are some slight variations between outlets in different locations; lots of hen party sales in Blackpool, for example, must mean bucketloads more chocolate willies are sold there.)

“When we first opened our store in Ireland, I was very sensitive to different cultural norms, but it turned out this was not true.”

Gold soon found out she had gone a bit vanilla on Ireland.

“When we opened, some customers complained that we didn’t have our full stock in the Dublin branch. I regret that now. I changed it back. Sales had been so very high at parties in Ireland, that I should have known,” she says.

And “despite receiving a writ on that first day of opening in 1999, 10,000 people came through our door. The writ went through the courts but failed, and we’re still here 15 years later.” 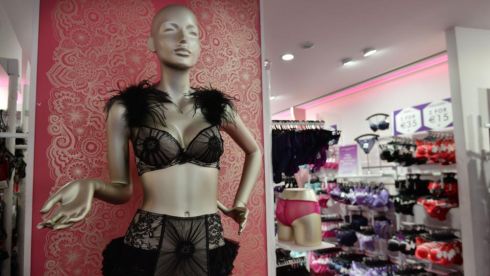 Up the street from Ann Summers, the newspaper vendor has shrink-wrapped copies of Penthouse on the top shelf of his stall. In the Londis convenience shop a few doors down, there is a well- proportioned Playboy cleavage and Zoo’s 200 sexiest girls on Instagram up for grabs.

“We’ve always been very female- focused. We do a few DVDs, but they are very educationally oriented,” says Gold.

Having ridden out the challenges posed by this porny, nudie deluge, some winds have definitely blown Ann Summers some good.

Fifty Shades of Grey has brought one such bounty.

“I have so much to thank Mr Grey for. I have got so much business from him,” says Gold, pointing to 65 million sales of the book.“I love it. And it’s not going to go away. The film is out early next year.”

Gold says you couldn’t stop the handcuffs and jiggle balls (you can search the internet for those yourself) from flying off the shelves.

The Dublin branch has a whole wall of handcuffs, nipple clamps and fluffy spanking panels to team up with the masks and gags that are destined for the bedrooms of those who rather like a bit of Grey sex.

Gold certainly saw the value in women’s sexuality. She is glad she stuck to her guns and opened on O’Connell Street.

“If you suppress sex in any culture, that can be a negative. A culture needs to be driven by the people, not by the government or by a religion.” annsummersireland.ie