Our wedding story: ‘My uncle called over with a fry-up for everyone’

In August 2014 they were in Rome when Donal proposed at the Trevi Fountain. “It shouldn’t have been a surprise after eight years, I suppose,” laughs the bride, “but it was.” 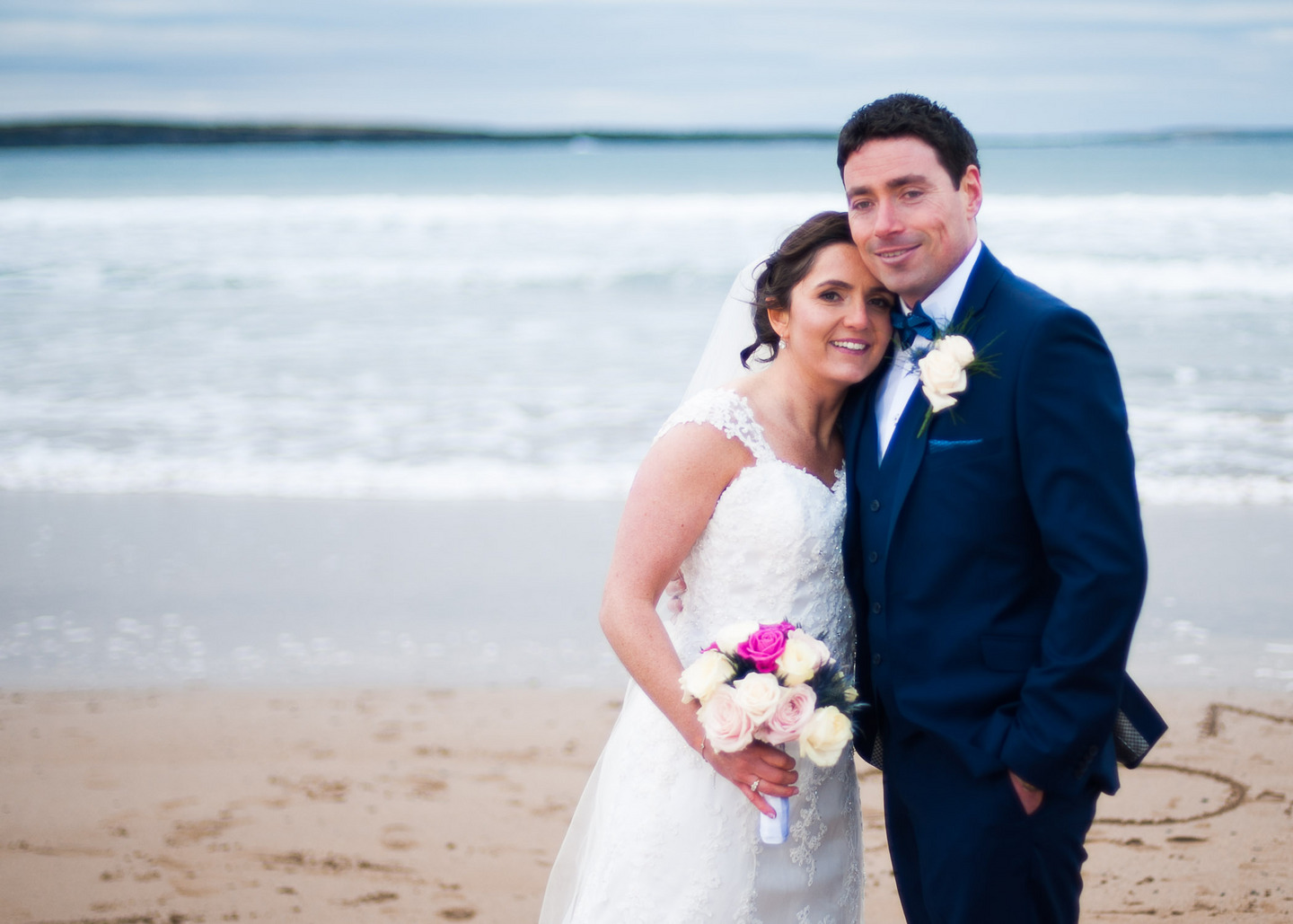 Neither wanted a long engagement so when the Armada Hotel in Spanish Point, Co Clare – a place close to their hearts – was available on February 7th, they went for it.

Note to other brides: The only obstacle that arose by planning within a short timeframe was wedding-dress related. Claire was told her perfect dress would take more than six months to order. Luckily, the same one – in her size – was found after digging through boxes of new stock.

The bridal party – bridesmaids were Claire’s sister Helen McMahon, and friends Emma O’Driscoll and Aine Jones – spent the morning of the wedding in the McMahons’ house in Kilmaley.

“I’m one of five so the house was buzzing with my three older brothers, their partners, three nephews and one niece [aged between three months and six years], two dogs, my parents Anne and Eugene, and my aunt Kathleen McMahon. My uncle PJ McMahon called over with a fry-up for everyone.”

Claire and Donal were married 200 yards from her family home in Connolly Church, in which Anne Roamer had arranged the “amazing” flowers. The couple loved that Fr Pat Larkin asked them to face the congregation during the mass.

Team-mates from Kilmaley Camogie club were waiting outside the church with a guard of honour, and the 15-minute drive to the reception was made all the nicer by the hot water bottle, crisps and sandwiches left in the wedding car by a thoughtful sister-in-law.

Portumna-based band Hot Fuss (www.hotfussband.com) facilitated the dancing and the wedding finished up at 5.30am in the hotel residents' bar.

Claire, based in Co Clare, and Donal, currently teaching in Drimnagh Castle, Dublin, spent a week in Kerry after the wedding and are planning a trip to Argentina this summer.

Mullets are back. I’ve got one, and I don’t care if you don’t like it. I think I look class
Is your eye cream doing anything, and do you need one?
Michael Harding: My friend said a bank holiday in honour of some holy biddy who never existed was a farce
Róisín Ingle: Marie Kondo has given up cleaning? We have so much more in common now
‘Living in Dublin feels so romantic, but living here is incredibly challenging financially’

Roofers fraudulently obtained over €44,000 from elderly woman, court told
Anti-immigration protesters march through Mullingar over barracks plan
‘I had been addicted for eight years and didn’t realise the depth of it until one day I couldn’t stop shaking’
‘I barely recognise our 17-year-old son any more, either physically or emotionally’
Vacant Victorian flats refurbished for social housing after 18 years of dereliction

VW shows 700km range Tesla Model 3 rival — but will it be affordable enough?

Six Nations 2023: The new rules explained as World Rugby clamps down on time-wasting

Street art: ‘We need to relax and catch up with the rest of the world’