One man's personal account of living with sex addiction 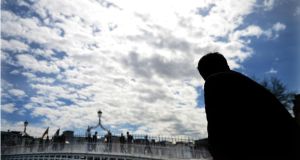 ‘There is help out there, but you have to work hard at it. Experts will tell you that the structure of your brain becomes altered through any addiction – the same with this process addiction.’ Photographs: Dara Mac Dónaill 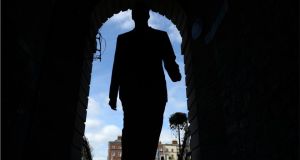 ‘A moment comes for every addict when the consequences are so great or the pain is so bad that the addict admits life is out of control because of his or her sexual behaviour.”

These are the opening lines of Patrick Carnes’s seminal work on sexual addiction, Out of the Shadows, which is now in its third edition. For me, there had been several warnings over two decades that my behaviour was going to lead me into difficulty.

Only a few weeks ago the consequences became so incredibly great and the pain so incredibly bad that the only solution I could come up with was to take my own life.

According to Carnes, 17 per cent of sex addicts have attempted suicide; 72 per cent have thought about it. “To preserve his integrity, Dr Jekyll has to kill Mr Hyde,” he writes.

Most people first came to know sexual addiction through Tiger Woods, whose behaviours and their consequences are well documented. It can be the get-out-of-jail-free card for many celebrities or politicians caught in uncompromising positions. It is often sneered at in media and dismissed as fake but to those who have suffered because of the behaviours of those affected, it is very real indeed. And for the addicts, caught in a cycle of pain, guilt and shame, this seemingly self-indulgent act brings little relief or happiness.

I got caught up in sexual addiction at an early age. Painfully shy as a child, I entered the teenage years at the dawn of the internet and as text messaging and instant messaging were in their infancy.

Without the need to actually have to face up to my insecurities I could hide behind technology, and words became my weapons. I could access whatever world I wanted, drink in whatever images I wished to see, and very quickly I discovered I could communicate better through words than face to face.

I had been sexually abused as a child. Nothing that at the time I would have said was anything that bad, but it involved the crossing of boundaries by authority figures. This need to seek the approval of others remains something I struggle with.

My behaviours had and would, unchecked, have a pattern or ritual. I would seek to create relationships with multiple women, either via email conversations, text messaging, chat rooms or any other form I could find. Pornography was and is a factor but never the main issue. It was seeking to make a connection. The irony is that the more you do this, the more you isolate yourself from friends, family or the chance for real intimacy.

I lost or walked away from relationships that were perfectly healthy because, scared of losing the other person, I’d seek to numb that pain by engaging with someone else. This would damage the relationship I was in and I’d move on. This pattern didn’t really have that many consequences, or at least it seemed that way. Soon it occurred anyway, regardless of whether I was in a relationship. There was seldom a time when I didn’t have to engage with multiple people just to feel normal.

Tsunami
The arrival of social media and the increasing availability of high-speed internet access have and will be responsible for what is a tsunami of sexually addictive behaviours.

I almost lost an early job because I naively thought that deleting the internet history would erase its contents for good. This was warning number one, more than 12 years ago.

To be clear, none of the things that I have ever done have been illegal or would have caused me to be investigated. These are known as level one behaviours that are regarded as normal, acceptable or tolerable. Level two behaviours extend to those behaviours which are victimising and for which legal sanctions are enforced but are seen as nuisance offences. Level three behaviours have grave consequences for victims and legal consequences.

Someone who is single and with no responsibilities might never think they have a problem. They might think themselves a bit flirty, or with a healthy sexual appetite that needs plenty of attention. It is when the desire to get a hit becomes a huge part of your day and that your personality is changing that you start to realise that you might not be doing so well. But you rationalise, you make excuses and you blame everyone and everything else.

You begin to isolate yourself. You know that the hours that you have spent on the internet or the fact that you have lost count with the amount of women you have expressed feelings for, just to attempt to make a connection, would be frowned on if it was ever uncovered. So you drift away from friends and family.

You are lonely, you try to connect using your drug of choice to numb your pain, be it pornography, internet chat, prostitutes or multiple affairs. But the hit is fleeting, and is followed by guilt, shame and desperation.

So you ease the pain again, sometimes upping the dose. More time online, more connections, all the time trying to hide this side of you and live a “normal” life. But you have changed.

You are now utterly useless on an emotional level to anyone. You’ve removed yourself so far from reality that you are a shell.

Often grandiose on the outside, further masking your inner lack of self-worth, you might even be charming and very appealing to others. There is no real intimacy in your life, however. Exposing yourself to this amount of vulnerability would be unthinkable.

For some the desire for the hit will lead them to places they never thought possible. Their own values are shattered and abandoned as they even cross gender boundaries and take implausible risks.

Real relationship
I fell in love, got married and had a child, all with this secret in the background. I was caught out multiple times with my behaviour, resolved to stop, sought treatment, gave up and started again. I thought that a real relationship would solve my problems, but by then I was so lacking in the ability to have real intimacy with someone and so unable to trust someone that I became untrustworthy.

My wife tried but failed to help me and even the prospect of losing my family wasn’t enough to make me stop. And for the victims, the spouses and partners it is almost impossible to understand and be dispassionate about. As you read this you think that this is insanity. You are right.

Getting caught out, as you invariably do, causes the meltdown. You have become so removed from your loved ones, they learn your patterns of behaviour and you vastly underestimate that you have “a bit of a name” but when you are challenged you become outraged and aggressive.

In my case it was this inability to face up to what I had become that ultimately cost me my family. I damaged a truly beautiful person and will now have to explain to my son someday why I wasn’t around.

There is help out there, but you have to work hard at it. It isn’t a three-week programme where you emerge on the other side squeaky clean.

Experts will tell you that the structure of your brain becomes altered through any addiction – the same with this process addiction. I am in treatment now, with a support group and with a therapist.

There is a lot of “me” and “I” but until I fix myself there won’t be any possible way to start making up to the people I have really hurt.

If any of this strikes a chord with you about yourself or someone you love, act now. An awkward conversation is always better than a broken marriage; the long-term hurt you will cause in others; or at worst a needless death.