Has Tesla made a theftproof car?

Its Model S is the least stolen car in the United States, but it’s not yet clear if that’s because it’s hard to steal, because it’s not worth stealing yet or simply because crooks haven’t yet worked out how to bypass its security 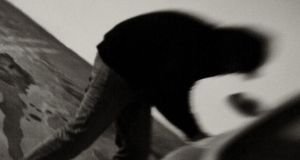 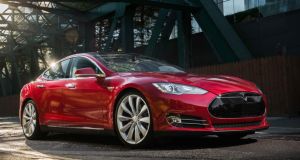 Our Hollywood-fed image of New York as a city of crime and danger is becoming more and more distant from the truth. Years of effort by city’s police department has cleaned up the streets, and the zero-tolerance programmes that Rudolph Giuliani initiated as mayor mean New York is now no longer the present-day avatar of Judge Dredd’s Mega-City One.

In no other field is that so clear as in car theft. In 1990, 147,000 car thefts were reported in the New York metropolitan area. Last year that figure plummeted to 7,400. Capt Don Boller, head of the NYPD’s car-crimes division, told the New York Times that the drop was primarily down to a better anti-theft technology and a fall in value of the older models that are still easier to steal. “It’s very difficult; not just your average perpetrator on the street is going to be able to steal those cars,” he said.

A case in point is the Honda Accord. Fifty-four thousand of them were stolen in the US last year, making it the United States’ most popular car among thieves. Eighty-four per cent were from 2007 or before; not at all coincidentally, in 2008 Accords started to come with anti-theft engine immobilisers as standard.

If the Accord is the most pinched car in the US, then the Tesla Model S is, by almost any mainstream standard, the least stolen. It’s not yet clear whether that’s because it’s hard to steal, because it’s not worth stealing yet or simply because crooks haven’t yet worked out how to circumvent its security systems.

The Model S currently has a theft rating of 0.15 vehicles stolen per 1,000 built. That compares to an across-the-board average of 3.51 stolen per 1,000 produced. Part of that must be down to Tesla’s decision to equip every Model S with a 3G chip, so that if the car is taken it can be tracked and even remotely shut down. (Space-age sci-fi? Not so: the relatively humble Renault Zoe has a similar system.)

But part of the lack of interest among car thieves is also because there’s little call so far for second-hand Model S parts.

Most cars that are stolen are not taken to be driven or sold on: they’re taken to be broken for parts. Because it’s a very recent model, and an expensive one, most are with their first owners, who can afford to buy new parts from Tesla and don’t have to go trawling back-street garages for bargain bits.

That may well change in a few years, especially given the runaway popularity of the Model S – and that built-in 3G link could be the Model S’s undoing. According to one security expert, Nitesh Dhanjani, Tesla is leaving its cars and owners open to electronic attack.

“Given the serious nature of this topic, we know we can’t attempt to secure our vehicles the way we have attempted to secure our workstations at home in the past by relying on static passwords and trusted networks,” Danjahni blogged.

Tesla has clearly been paying attention to all of this and is following Alfred Hitchcock’s maxim that the best way to catch a thief is to set a thief. Or, in this case, set some hackers to catch some hackers.

The electric-car maker last week put in an appearance at the DefCon internet and electronic security conference in Las Vegas, looking to recruit hackers and security experts to help bombproof Tesla cars’ systems against cyberattacks.

When the Wall Street Journal asked its head of vehicle security, Kristin Paget, formerly of Microsoft and Apple, why Tesla was attending, she said: “It’s a supercar that’s connected to the internet. Use your imagination.”

Recently, we saw reports that Chinese hackers had gained access to a Model S’s on-board systems, but the report didn’t include confirmation or proof. If it happened for real, you can bet Tesla was swiftly courting the team behind the claim, probably offering rewards or even employment in return for divulging how they did it.

One final thought. This is not just a Tesla issue: it won’t be long before every car on sale has a 3G or 4G modem or some kind of connection to your smartphone or laptop. That will make cars vulnerable again to a new breed of car thieves, armed with phones and tablets instead of screwdrivers and coat hangers.

Those New York car-theft figures could well be the calm before the storm.

Readers on overseas travel: ‘I am responsible enough to go and manage the risk of Covid’
5

Ireland’s Covid dead: Bill Taylor was a Bohemians player and a man of learning
Real news has value SUBSCRIBE