86. Opel Insignia – old-school but with lessons to teach

Top cars for 2020: The question is; will we get another Insignia or will it be replaced by an SUV? 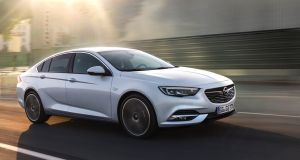 The Insignia isn’t perhaps as sharp to drive as once it was, but it’s a handsome car on the outside, and one that majors on both space and comfort within

The traditional saloon market is on its knees right now as buyers flock to their SUVs and premium brands.

Perhaps the new WLTP emissions standards might reverse that a bit, which would be good, as cars such as this Opel Insignia are sorely under-appreciated and under-valued right now.

The Insignia isn’t perhaps as sharp to drive as once it was, but it’s a handsome car on the outside, and one that majors on both space and comfort within. The question is; will we get another Insignia? Or will it become and SUV when it’s eventually replaced?

Sum up: Old school but can still teach.