Index: What’s hot and what’s not this week?

Forbidden Fruit after-parties are up, Moby and in-flight wifi are down 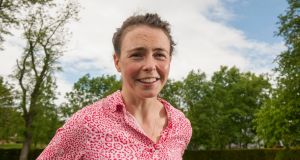 Some great parties happening across the city this weekend

Once More We Saw Stars

Heartbreaking and beautiful memoir by Jayson Greene about grief

The folks behind Delahunt have a new spot in the old butchers on Camden Street, Dublin

A fashionable bag for weekends and the gym

Getting schooled by Natalie Portman should give him pause

Increasingly cringey “philosophies” and “stories” on restaurant and bar sites

Now is your chance, festival and field-gig organisers: put enough portaloos on site

Give us some offline peace

Ross O’Carroll-Kelly: ‘I just shake my head ... The dirty dog. The filthy hypocrite’
9