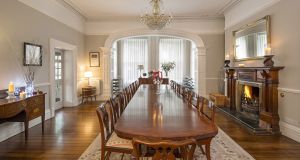 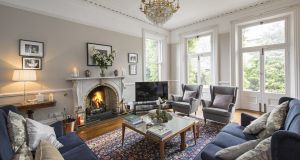 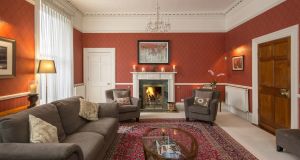 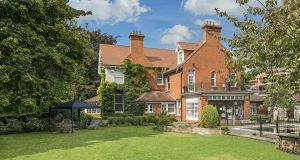 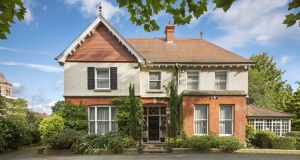 Last October Mr Doran sold his Clondalkin-based firm, Americk, a maker of consumer packaging to a Spanish firm, Saica, in an undisclosed multimillion euro deal. Mr Doran’s interest in Shrewsbury Road was made public earlier this year when he was the underbidder in the quiet sale of bankrupt developer Seán Dunne’s former home, Walford. In December a trust connected to financier Dermot Desmond paid €12 million for the 1.5-acre property that Dunne had famously paid €58 million for in 2005 making it Ireland’s most expensive property at the time.

In a legal drama that ensued Mr Doran swore an affidavit to investigators into Dunne’s affairs, detailing several meetings he had in Dublin in 2016 with Dunne to discuss the purchase of Walford. Mr Doran was suddenly informed in early December that the property had been sold to another party.

Dating from the 1900s with an outdoor pool and tennis court, and south-facing gardens on to Wanderers Rugby Club, Fintragh was placed on the market by Knight Frank in autumn 2015 for €10.5million.

At the time the 530sq m (5,700sq ft) eight-bed had been owned by the Assaf family since 1987 and was noted as one of the last sites available to buy on the sunny side of a street where about half the properties have changed hands in the past five years or so. The price was reduced to €9.7million last April.

If Mr Doran, his wife and their four children intend to use the property as a family home, a substantial multimillion euro investment will be required to modernise it and bring it up to the aesthetic standards that have become the norm on this prosperous Dublin 4 road.

Prior to going on the market efforts were made to secure planning permission for embassy use for Fintragh but this was refused on the grounds that the property was an unsuitable development in a conservation area. One of the more strident objections at the time came from the then owner of number 9 next door, solicitor Anne Neary. Since then number 9 has undergone one of the most substantial expansions and refurbishments on the road. In fact many of the houses on the road have had significant refurbishments, including the homes of businessman Denis O’Brien, Ardagh chief Paul Coulson, CapVest’s Seamus FitzPatrick and former Aryzta chief, Owen Killian.

The Dorans will be moving from their home in The Birches off Brighton Road in Foxrock, which was formerly owned by Seán Dunne and sold by him for €2.9million in 2002.

Readers on sibling bullying: My tormentor was there every day . . . waiting

Ask the expert: My daughter is railing against my new relationship