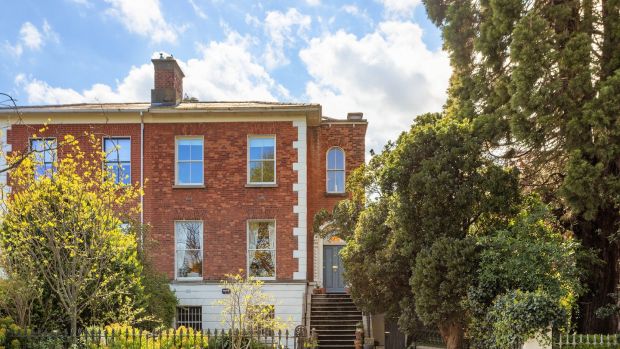 When the owner bought 39 Kenilworth Square West 21 years ago, the two-storey over-garden level Victorian semi had already been divided into units. Not several bedsits and flats, as was the case in many of these very large houses on the Dublin 6 square at the time, but just two.

The garden level was laid out as a two-bedroom flat, leaving the rest of the property as a two-storey family home with four bedrooms, a fine drawing room to the front with two tall sash windows and enough square footage in the rear reception room, with its high ceiling, for there to be a kitchen in the corner and space for a dining and seating area.

The owner has kept that arrangement for the past two decades, for practical reasons, but it’s a plan too that might even have appealed to the original owners of the grand house on the popular square who, in all likelihood, wouldn’t themselves have dreamt of going below hall level.

The asking price, €1.45 million, is an indication that new owners can expect to do some work and that the mews site – in this case the house backs on to Rathgar Avenue – is long gone. In all, the property comprises a substantial 270sq m (2,906sq ft). It is BER exempt.

Buyers may be a multigenerational family for whom a separate unit at garden level – on the flat and with its own access – would be ideal, or someone like the current owner looking for a home/income proposition. If that turns out to the case they will most likely, as part of the work, reduce the number of bedrooms to create a larger, more modern bathroom.

Given that, in recent decades, when houses on the square change hands, buyers operating at this price level tend to bring them back into single occupancy and so it is perhaps more likely that the renovation work on number 39 will involve reincorporating the garden level into the main living area of the house, and so returning the property into single-family use.

The now mature southwest-facing back garden, accessed via an enclosed side passageway, is about 13m long and has been planted for colour and interest with sun-trap seating areas, while to the front there is parking for two or three cars.

Sherry FitzGerald is handling the sale.