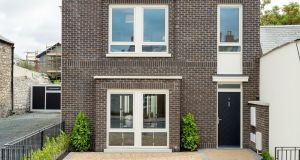 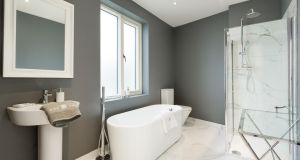 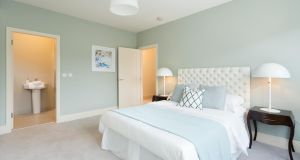 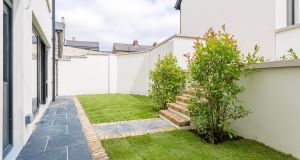 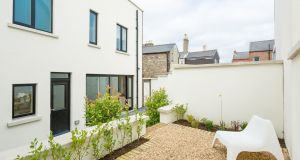 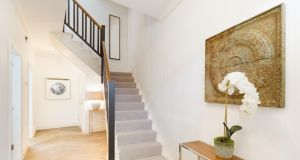 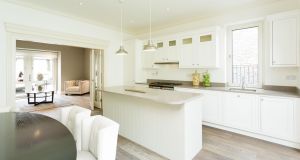 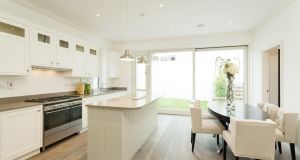 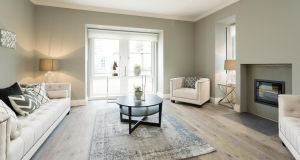 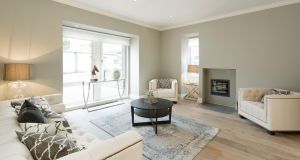 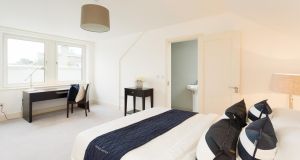 Emmet Long has been working on building sites since he was a teen when he helped out his father during the school holidays.

He and his business partner Donal Roche, of Long Roche Developments, have been honing their skills flipping well-located houses on Dublin’s southside. In just four months in 2014 the firm bought, remodeled and refurbished number 60 Serpentine Avenue, adding 36 per cent to their original purchase price of €560,000 according to the property price register.

The duo then decided to expand their development skills with the purchase of a 0.197 acre site at Rhodaville, on Mount Pleasant Avenue for €952,000 at an Allsop Space sale in 2014.

Using the expertise of Studio D architects the firm applied for planning permission to refurbish an existing four-bedroom period house on the property and for three new-build houses; one two-bed, one three-bed and the first of the A-rated properties has just been completed. The three-storey, three bedroom plus study has a box-bay window, is A-rated, has 9ft ceilings at hall level and smoked oak engineered flooring. Tastefully fitted out by The Interiors Project the dual aspect living room to the front, has a tiled surround solid fuel insert fire by Dik Guerts. Glazed fold-back doors lead through to a smart eat-in kitchen by Nolans with Silestone countertops and a good-sized utility. The south-west facing garden is small but stepped with a raised terrace to maximise the afternoon sun. The playground at Belgrave Park is at the end of the street.

There are two doubles and a study or third bedroom on the first floor along with the hotel standard family bathroom. There is a fourth bedroom, a double with a shower ensuite on the second floor. Boasting views of the copper dome of Rathmines church, Mary Immaculate Refuge of Sinners, framing the dormer window it would be tempting to turn this into a second living space if you don’t need four bedrooms, because one of the doubles on the first floor has an ensuite.

In contrast 49 Upper Mount Pleasant Avenue, across the street, is a period redbrick end-of-terrace house with valuable off-street parking, accessed via Guliston Terrace and three-bedrooms, one of which has a small shower en suite. Original features include lovely coloured glass door panels and painted marble mantles with cast iron surrounds in the interconnecting rooms. The kitchen could do with an upgrade, as could the family bathroom. Measuring 138sq m / 1485sq ft the F-rated property is seeking €895,000 through Lisney.

The house is currently let.